It’s been 4 years since Journey graced our PS3’s, and another 3 years on top of that since Flower was first released too. In this ever-changing gaming landscape, where gamers expect increasingly ambitious and graphically superior games, both Flower and Journey have managed to stand the test of time, delivering a quality gaming experience within the length of a typical film. Abzû is another attempt at a deeply tight set-piece from the same art director of the aforementioned games, and sets out to try and evoke similar feelings to its spiritual predecessors. 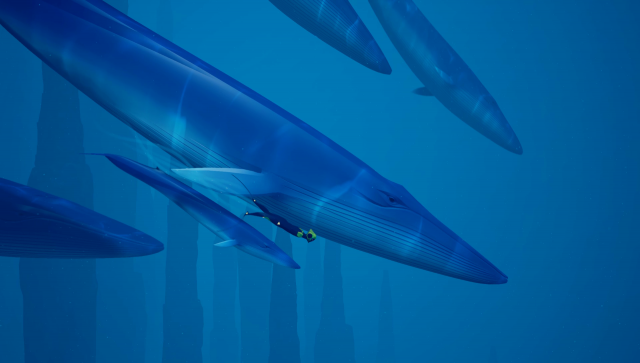 Abzû, at first glance, doesn’t impress graphically at all. Just like Flower and Journey before it, the simple geometry of the main character, combined with the simplistic, almost 2D aspects of the environment evidence a game that's trying its best not to be realistic. It’s only after playing for a while that the simplistic visual style reveals a deeply hidden secret: Abzû boasts one of the most beautifully rendered worlds to have ever graced gaming.

The lack of detail is intentional; sharp colours and gorgeous, almost abstract surroundings combine to bring a real sense of artistry to Abzû's underwater world. In motion it's even better, with a multitude of different sea-life all combining to become a gorgeous pallet of colours that follow your every move. The sheer amount of wildlife all moving along and going about its daily life is staggering, and it really helps to create a true feeling of life in the underwater world.

Developer Giant Squid quite clearly realises how much of a beauty it has on its hands, as evidence by the fact that there are hidden meditation statues throughout each section of the game. Once found and activated, these spots allow your character to sit down and simply take in the environment in its entirety. Following fish as they weave between vines is a lot more appealing than it sounds when the world is this beautiful. 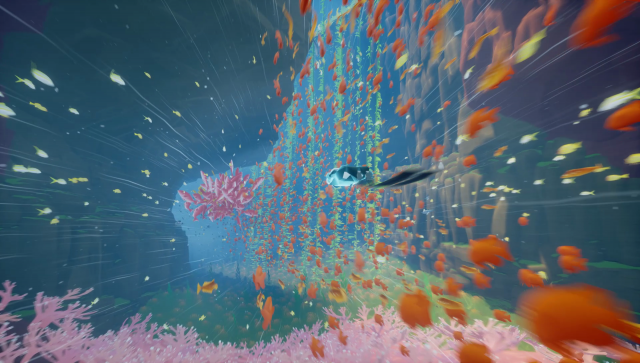 All this graphical prowess would be for naught without Abzu’s absolutely astounding soundtrack backing it up. The orchestral mix compliments the set-pieces perfectly, with epic moments feeling all the more grand as a result. It's such a fantastic soundtrack in fact that it wouldn't feel amiss within a concert hall, as non-gamers will just as easily be able to appreciate its beauty.

Gameplaywise, you navigate your yellow and black diver through different aquatic scenes, bringing life to every area you pass through. It has to be said that the way your character navigates through the world is fantastic. The body curls and lurches with every turn of the analogue stick the you make, and while at first your character can feel a little unwieldy, the massive sense of gratification that is felt when you are able to pull off a stunning jump out of the water cannot be understated. 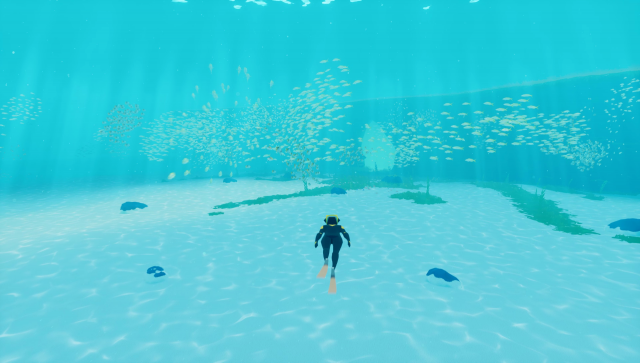 The campaign is a rather linear affair, with massive set-pieces intertwined with large open expanses. These expanses are where you’ll explore to your heart's content; some will obviously ignore the surroundings and head straight for the objectives, but they'll be missing out. Those who take in every little detail these areas have to offer will get the most out of Abzû. While there’s no rigid narrative to be found, the history of the world and its story is told through actions and pictures that are shown between areas, such as by hieroglyphics on walls or animated sequences the player character takes part in.

For all I’ve said about the beauty of Abzû, there are some drawbacks. The story-arc, and some of the major game events, are taken straight from Journey and Flower, and not a single care is given to whether anyone notices this or not. This is all fine and good for players who never owned or played the aforementioned titles, but everyone else can be forgiven for feeling a little cheated by the experience. Abzû is still fantastic in its own right, but seeing entire sections of gameplay repeated from previous titles is disappointing. 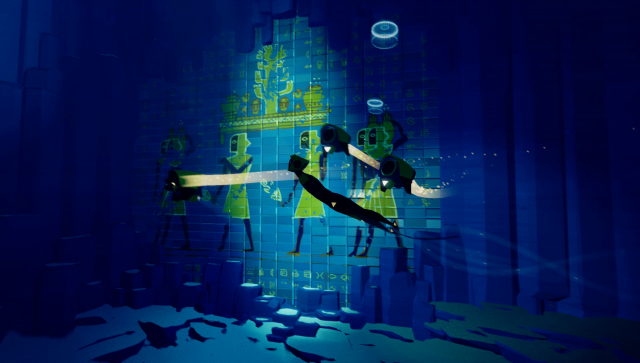 Then there's also the fact that there's no real challenge to be had in Abzû, beyond becoming accustomed to the controls. Granted, you're likely not playing Abzû in order to experience challenging gameplay - the star of the show is obviously the environments - but it wouldn't have hurt to have included some puzzles or other form of gameplay challenges.

Surprisingly, while Abzû is only a two hour long experience, there are plenty of reasons to keep coming back. Collectible shells are hidden throughout the world, pushing you to explore this splendid underwater world's every nook and cranny, and there's a lovely pay-off should you collect them all. Then there’s the sheer joy of swimming around, jumping out of  the water, and just having a fantastic time getting fish to follow you and create beautiful patterns. 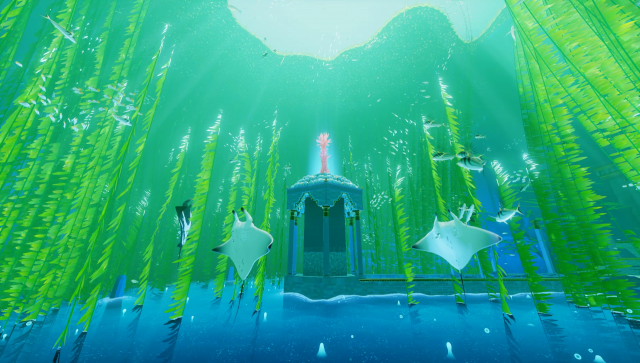 Navigating through Abzû’s gorgeously rendered world is truly a delight. Everything from the music, to the way that your character gracefully moves through the water and interacts with its wildlife is genuinely enthralling, and has been enough to make me come back to the game multiple times even after completion. Abzû is not as original as it could be, borrowing as heavily from its spiritual predecessors as it does, but I can whole-heartedly say that Abzû is one of the best games I’ve played in 2016. 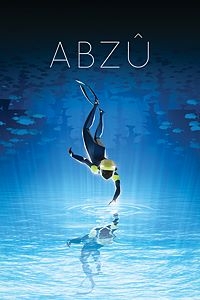 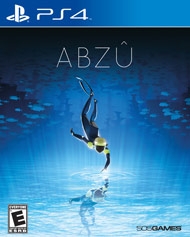 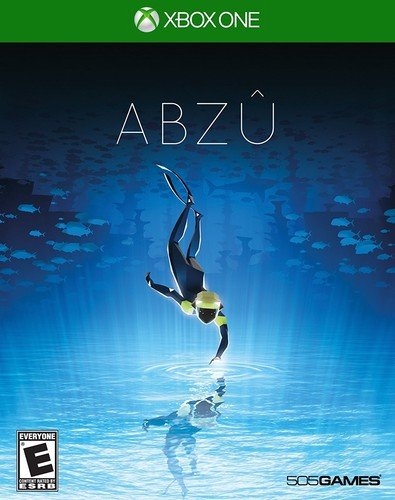