Review - Down in Bermuda (XOne)

Given how popular challenging games like Dark Souls have become in recent years, it's no surprise that the indie market has branched out into this potentially lucrative and increasingly popular sub-genre. Enter Furi, a boss-rush game that gives you control of a 'rider' who has been locked up and is now looking for revenge. This quiet, deadly warrior is given no back story, and he doesn't need one either. It’s simply your job to guide him to each of the game's bosses and then exact revenge on those who kept him imprisoned. Between each boss you’ll muse with the person who released you and admire the game's great landscapes, but the bosses are the core of the experience and my God are you in for a fight. 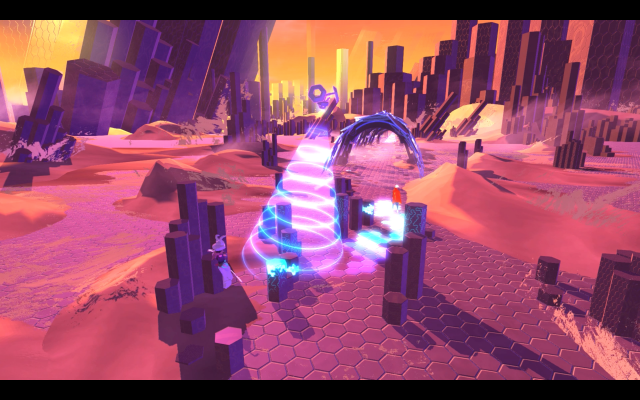 This simple premise masks how deep Furi truly is. Despite the game being almost single-mindedly focussed on individual boss fights, each one is so unique, and introduces such different gameplay mechanics, that the different boss fights feel like distinct games in their own right. The controls are simple to grasp but difficult to master as well, especially when responding to enemy attacks; X is used to dodge, Circle to parry, Square to attack, and the right analogue stick to shoot.

Each boss is so unique that it takes quite some time to get used to their attack patterns and various other intricacies. It's only then that you can even start to think about winning the fight. Bosses typically have two standard sets of attack sequences: one is quite close-up (combat or melee mode, so to speak) and the other involves larger distances and requires you to switch between shooting and dodging, much like you would in a bullet-hell game.

Whilst a perfect parry will replenish some health during a battle, each boss has so many different attack patterns within each sequence that it’ll take you a while to overcome them. One of the earlier bosses, for example, goes underwater multiple times and forces you to counter the second he comes out. The first few times you encounter him you’ll most likely take these hits, but through sheer persistence you’ll eventually learn when to parry and counter in order to successfully overcome him. 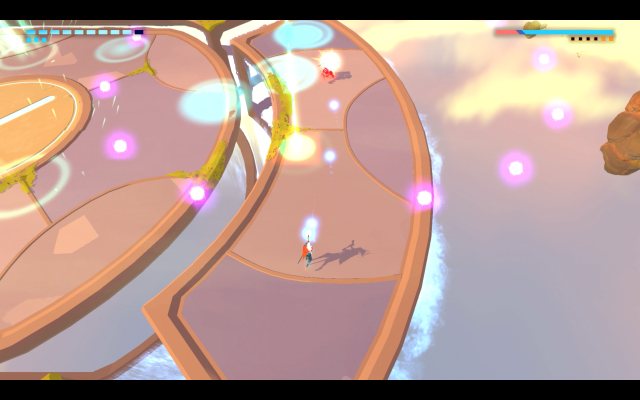 Given that the bosses become progressively more difficult over the course of the campaign, you’re going to die. A lot. But it’s not all for nothing. With each death comes a new understanding or idea of how you can do things differently, and it’s through this sense of trial, error, and progress that Furi manages to become compelling. At one point I accidentally uncovered a secret ending, and was forced to play the game from scratch a second time. While at first I was annoyed that there was no chapter select screen so that I could start where I had left off, I soon realised how much I had improved as a player and enjoyed taking on the early bosses with my acquired skills.

Furi's sheer difficulty isn’t going to be for everybody. As much as I ultimately enjoyed the game I still found myself needing to take breaks from it after defeating particularly troublesome bosses, just to release some of the tension and frustration that builds up while playing Furi. I'll also admit that, for the first time in my life, I threw my controller to the floor in frustration, but whenever I returned to the game and managed to overcome an extremely challenging fight the sense of accomplishment was immense.

Persevering through, and ultimately overcoming, an extremely difficult boss fight in Furi is a feeling that will stay with you long after you complete the game, and this is easily one of Furi’s biggest and best selling points. The exhilaration you experience once you finally manage to overcome the game's challenges cannot be understated. 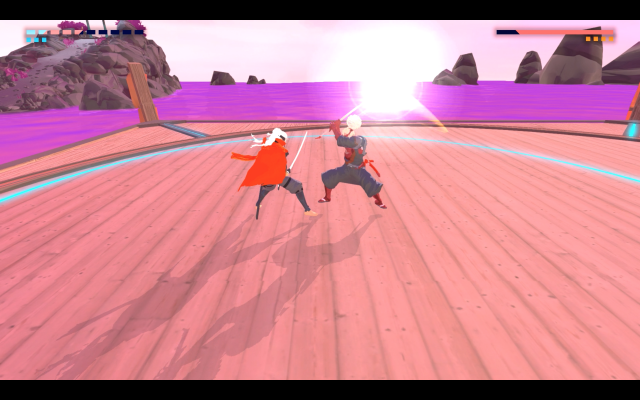 Between each boss fight there's a cooldown period where the rider travels from one boss location to another. Along the way you'll witness large vistas that are stunning to look at and full of detail, but unfortunately there's no exploration of these scenes; they chiefly act as scenic backdrops that are merely there to stall time before the next boss encounter.

I'm glad these segments were included - going directly from one boss fight to another so quickly after overcoming such stressful encounters would be exhausting - but I wish there was a reason to explore the environments. The development team even implemented a system whereby pressing X will make the rider walk through the environments by himself, without any player input, but it only emphasises how little there is to do between boss fights, which is a shame.

Your travels through Furi’s varied and luscious environments and boss fights are accompanied by a stellar soundtrack. Each beat is on point and feels right at home with the gameplay. It can’t be overstated how great it feels when you’re in the zone, weaving between boss attacks while the fantastic techno soundtrack compliments your movements in the background. Even if you’re not good enough at the game or patient enough to persevere and see it through to its end, you’ll almost certainly still take something positive away from the soundtrack. 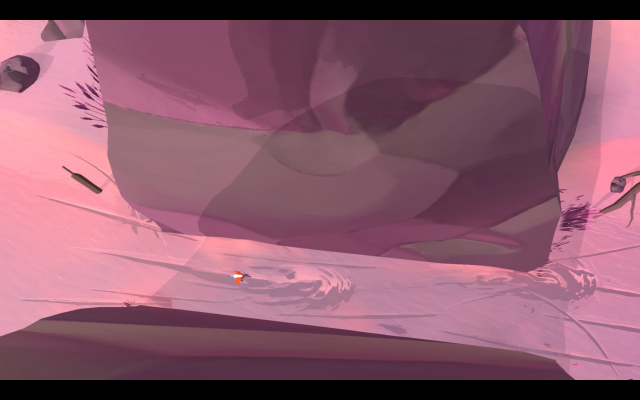 If you do manage to finish the game you’ll be treated to two new game modes which help extend the experience. The first is a new difficulty level - one that removes the ability to retry and causes you to take more damage with each hit. The other is a speed runner mode, which basically allows you to take on the bosses without any of the narrative elements that break them up in the main game.

Furi is going to be an acquired taste, but its split-second gameplay and rewarding boss fights will win over many, especially those who enjoy a good challenge and are persistent enough to succeed no matter the odds or difficulty. The story is lacklustre and the lack of exploration of the game world's beautiful landscapes is disappointing, but there’s enough variety to keep you playing for well over eight hours and the challenge on hand makes the game a force to be reckoned with. I realised I had been won over by Furi the moment when, despite thinking I'd had enough and wanted to pack it in, I came crawling back an hour later resolved to finally overcome the boss that was causing me so much trouble.

This game is great, I would have liked to have some 'fighting' between bosses instead of just narrative but it fits the tone of the game well. Music is fantastic, graphics spot on for style and the right level of difficulty that it doesn't become too hard.

I quite liked the game, but at later stages it becomes less about challenge and more about memorising the bosses' attack patterns. There is pretty much no way to beat the later bosses on a first try, because some of their attacks require split second reactions and you have to pretty much know the bullet hell patterns by heart in order to survive, but that's pretty standard for shmups. I liked the idea behind the game, but sometimes the challenge was a bit over the top. I think most people who have PS+ should at least give it a try.

This game is amazing!

When I first glanced at the article title, I though it said "Yuri (PS4) - Review."

Boss fights are waaaaay to long,totally destroyed my fun with it.

Has me interested a bit, though I'm going to wait till it gets a bit cheaper and then take the dive.

Hm. Interesting. I never even knew of this game until now.

If u have PLaystation Plus it is a free download.

Thank you. I have actually forgotten to download my PS4 games this month.

No prob. Glad to help.

My friend just told me about this easiest method of freelancing. I've just tried it and now I am getting paid 17000usd monthly without spending too much time.You can also do this..