From Spike Chunsoft and Aksys comes the third and final chapter in the Zero Escape series, Zero Time Dilemma. With dozens of characters, themes, and loose ends still dangling from the previous two games, Zero Time had a rather herculean task to accomplish: tie off those loose ends, bring closure to the series' heroes and villains, and, in the process, build on the same formula that made the first two Zero Escape games so mesmerizing. On the first two goals, it's successful. On the third and most important goal, it falters. 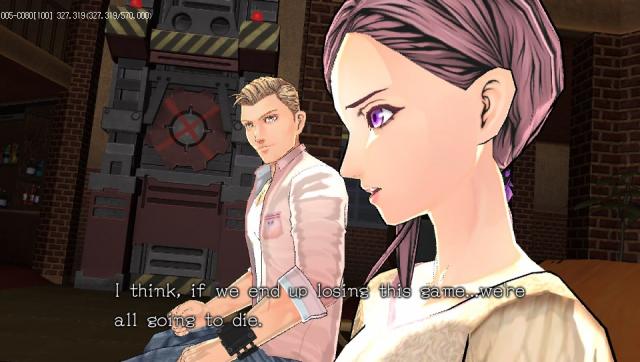 Anyone who's played a game in the Zero Escape series knows that discovering hidden plot points and secret information is part of the fun. So don't expect any spoilers here. Suffice it to say that Zero Time is closely related to the events of Virtue's Last Reward (VLR), which were indirectly related to the events of 999: Nine Hours, Nine Persons, Nine Doors. As a result, playing Zero Time's prequels is highly recommended. At the very least check out VLR, which itself sums up the events of 999.

At its most basic level, Zero Time follows nine people trapped in a deadly game run by the mysterious Zero, who hides behind a plague doctor mask. In order to escape from an underground bunker, each of the nine participants will need to solve puzzles, unravel riddles, and make life-or-death decisions. Like its predecessors, the game is split into three types of activities: novels, in which players read through dialog and discover hints; escapes, in which players solve puzzles; and choices, in which players make decisions that lead to branching paths. 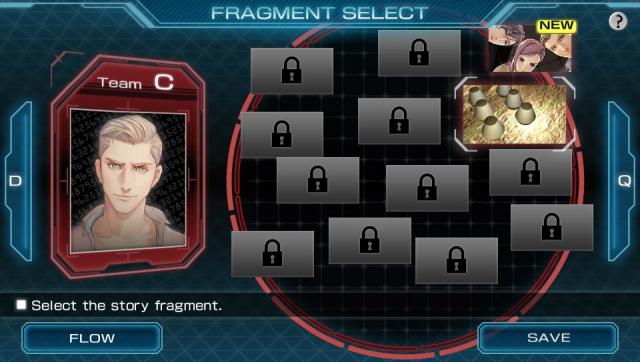 It's a wonderful formula that worked well in 999 and then even better in VLR, thanks to a flow chart that allows players to jump to any part of the game without needing to replay a novel or escape segment. In Zero Time, the formula is less successful, due to a few strange design choices.

The most jarring is the fact that the game is played out in disconnected vignettes, instead of following a set path that, at certain points, branches out. All of the "chapters" are still connected, but it's unclear how each one is connected in the larger, global flow chart. After an initial vote, dozens of chapters - or maybe "fragments" is the right word - become available, but without an obvious timeline. It makes following the story difficult and makes participant deaths less meaningful.

On the subject of deaths, in Zero Time they're plentiful and gratuitous. The Zero Escape series has never shied away from blood, gore, and death, but in Zero Time the deaths come early, often, and they're grisly. Never before has the series felt more like a game version of the Saw movie franchise. 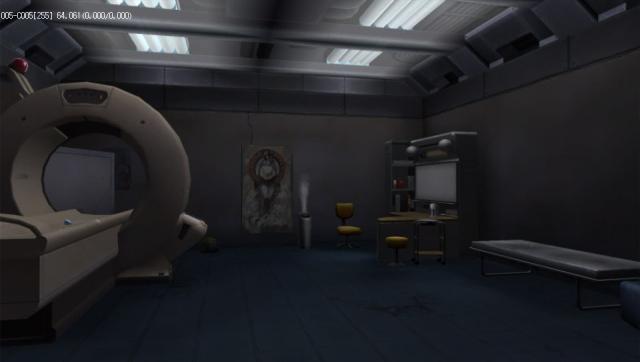 Another odd design choice in Zero Time is the formation of three, unchanging teams: C-team, D-team, and Q-team. In previous games, the teams and combinations shifted, allowing insight into character motivation. It provided an extra layer of choice, as players could group together participants who might clash or reveal secrets to one another. In Zero Time, the teams are static. Making matters worse is that not all teams are created equal. The characters in Q-team, for example, are far less interesting than the rest.

Speaking of characters, Zero Time lost an opportunity with character design. Game director Kotaro Uchikoshi chose Rui Tomono to design the game's characters instead of series stalwart Kinu Nishmura. According to Uchikoshi, he did so because Tomono's work was deemed more palatable to a Western audience. While the choice may have boosted sales for Zero Time, it robbed the game of its colorful and borderline wacky character design. As a result many of the participants in the game appear bland and similar. 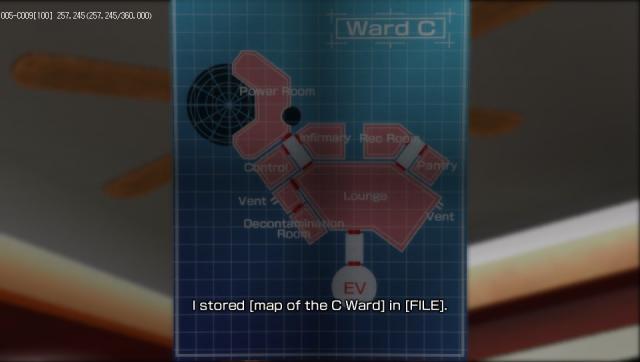 That said, the updated character designs do work better with the game's 3D cinematics. Unfortunately the animation and framing of the cinematics leaves a lot to be desired. Animations are stilted and wooden, and framing is awkward and jerky. The developers behind Zero Time might have been better off sticking with characters drawn in standing poses with text boxes.

Despite some issues with character design, animations, and flow charts, Zero Time shines when it focuses on the series staples: novels and puzzles. While the setting and setup in Zero Time is less intriguing than those in previous installments, the story is just as deep, surprising, and mind-bending. Expect plenty of twists, revelations, and heady ideas about identity, free will, and space-time. 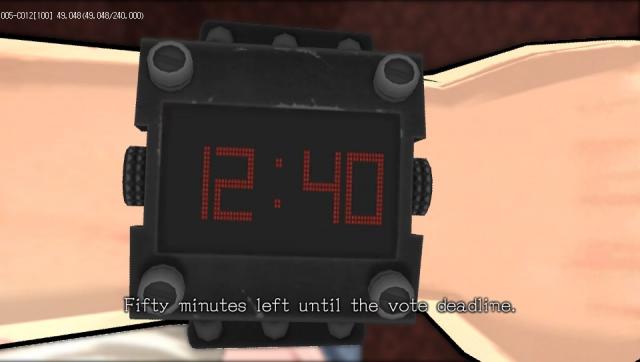 Expect a lot of challenging and out-of-the-box puzzles too. Deciphering clues, finding passwords, and combining items is as fun and rewarding as ever. What makes Zero Time even better is that many of the puzzles are connected to a larger theme in the game.

Zero Time Dilemma offers a lot of interesting plot twists and puzzles, and finally brings closure to the Zero Escape series. Yet, due to some strange design choices, it never manages to reach the high mark set by 999 and Virtue's Last Reward. Therefore, Zero Time stands as the weakest of the trilogy, but still a satisfactory visual novel in its own right.

This review is based on a digital copy of Zero Time Dilemma for the PSV, provided by the publisher.

Weakest game of the trilogy mainly because it tries to close the whole thing instead of blowing your mind with crazy revelations for 3 hours in the true ending (it's awesome in 999 and VLR, but not adequate for the closing game). 999 still has the most emotional ending, VLR the craziest one. The rest of the ride of ZTD and the twists are at least just as good as the other games, brace yourselves for huge feels scenes and quick reruns after the end of the game (while screaming "Wait, what? Wow... Damn you, Uchikoshi!").

I need to see if I can get this physical.

Sounds good enough.
I´m getting it for the 3ds, though.

Most of this game negative points are probably due to the tight budget.After all, this game was only made because of fan demand, otherwise it would have never happened.It sucks yeah, but better than the alternative.

Yeah, that's what I was thinking too. But hey, we got the game, that's what matters in the end, at least for me.

Banned for no reason? Why?

Miyamotoo said:
Basically, this his post just proves that this thread is just about bitching NIntendo.
Hadoram: uhm no. Thats called beeing objektive and those mentioned things all are facts.
Every company makes mistakes, speeking about them is not "bitching". I know this is hard to understand for fanboys though.