Video games emerge rarely from development hell. If they do, the end product, scarred by years of false starts and half-baked ideas, is usually a mess. Look no further than Duke Nukem Forever or Aliens: Colonial Marines for proof. Yet sometimes a game makes a miracle comeback. Homefront: The Revolution is such a game. It survived THQ's bankruptcy, financial issues at Crytek, the creation of a brand new studio - Dambuster - and its transformation from a linear military shooter to an open-world guerrilla shooter. What it didn't survive, however, is the CryEngine.

Revolution takes place in a future dystopia, where North Korea has taken control over the United States. For some reason, the scribes at Dambuster retconned the backstory from the first Homefront, explaining in this chapter that North Korea achieved world power through a digital revolution and, subsequently, military technology. The United States bought guns and vehicles from North Korea to fight its endless Middle Eastern wars. When the U.S. could no longer pay, North Korea shut down all American tech through a backdoor killswitch and the Korean People's Army (KPA) invaded. 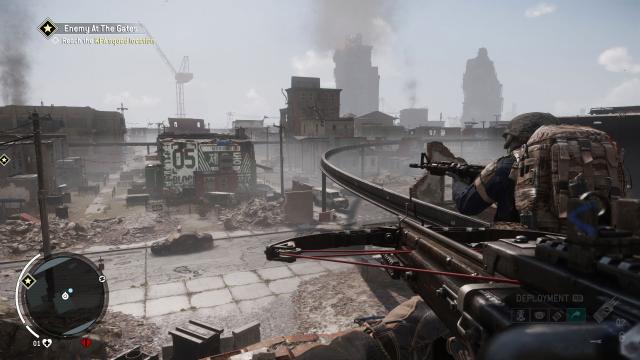 The premise at the heart of Homefront is hard to believe, but is it any more outlandish than an objectivist community living at the bottom of the sea? Anyway, all the standard occupation forces and freedom fighters are on display here: the silent warrior; the sadistic rebel; the grizzly veteran leader; the conscientious objector; the collaborating politician; the inside man. Dambuster doesn't try to invent the wheel with its cast of characters and situations, and it doesn't need to. It just needs interesting gameplay scenarios, and it has those in abundance.

Unlike the original Homefront, which played like scripted military shooters Call of Duty and Medal of Honor, Revolution is more closely related to games like Far Cry. Each neighborhood is a giant playground in which to fight, sabotage, and explore. Players can tackle main missions, search for "strike points," take on tasks from job boards in safe houses, wait for timed action events that pop up at random in each map, or just search the ruins of Philadelphia for resources. 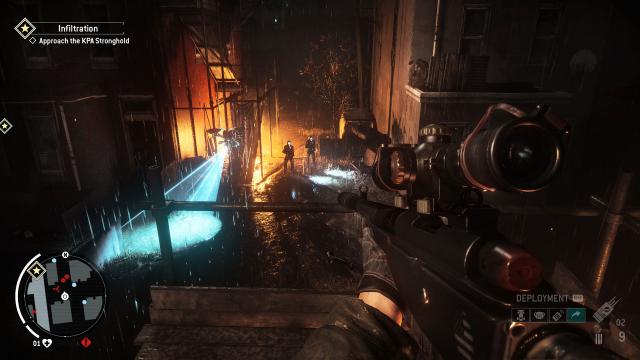 The best of the bunch are strike points. These are strategic locations in each district that can be "liberated" for the resistance. Some include finding and activating a transmitter, others ask players to infiltrate a stronghold and wipe out the Korean soldiers inside.

The non-combat strike points are a highlight. To solve these puzzle platform sections, players need to use their smarts and jumping and climbing abilities. You may need to use a hack tool to cause a fork lift to raise its load so you can climb onto the second floor of a building. Or you might need to scale an adjacent building, shoot down a ramp, and break through a window to find the right switch. 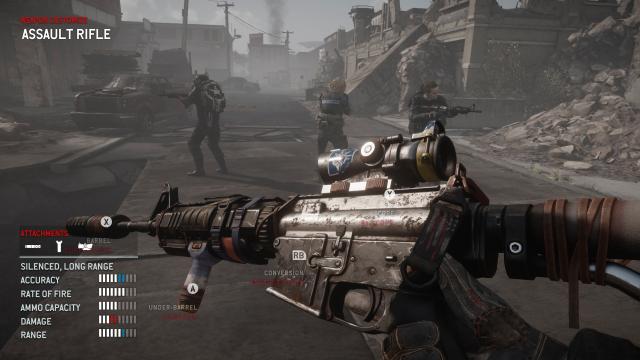 Capturing strike points and completing missions will earn players money and tokens, which can be used to purchase weapons, gear, and other upgrades. Since the KPA's guns are ID locked, American freedom fighters must improvise their own arsenal. This leads to Revolution's most inspired feature: weapon customization. Each weapon in the game can be modified into two different configurations. The crossbow, for example, can be switched, on the fly, into either a blunderbuss or a flamethrower. Each configuration can be further customized with scopes, grips, silencers, and sights.

The ability to modify weapons in this way combines with open-ended level design to create a game that encourages its players to accomplish missions in different and creative ways. Do you invest in a heavy machine gun and go in guns blazing? Do you sneak into a stronghold through an underground tunnel with a silenced pistol? Or do you send a remote controlled car - armed with a pipe bomb, mind you - in first to clear the way? It's this emergent gameplay that sets Revolution apart from the pack. 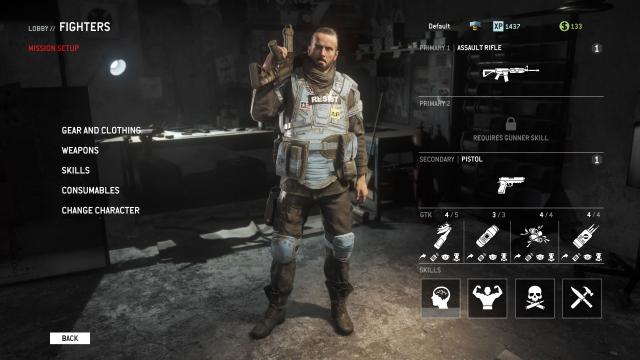 Another difference between the original Homefront and its sequel is multiplayer. Homefront featured an underrated, large-scale multiplayer mode. Revolution replaces that with online co-op missions. These provide a nice distraction from the main campaign, but they're not essential.

Now, in a perfect world, the review would end here. However, it has yet to address the stuttering, glitchy, ambling elephant in the room: CryEngine. Put simply, something is wrong with Revolution's engine on Xbox One - and probably on PS4 and PC too. Loading up a saved game can take as long as five minutes - five! As a mission begins or ends, the entire screen will freeze for several seconds. This happens when a weapons locker is opened, also. The frame rate drops in some areas but it's not nearly as frustrating as the freezing. 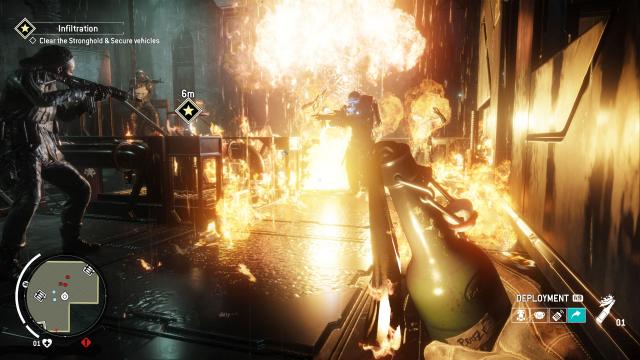 But wait, it gets worse. At one point, with only a couple missions left in the game, my screen went black. I could hear NPCs speaking and my own footsteps, but there was nothing on the screen. I reloaded the last checkpoint. No luck. I closed the game and removed the disc from the system, checking for any blemishes. Again, no luck. Finally I restarted the Xbox, re-inserted the disc, replayed the beginning of the chapter and, thankfully, gained access to the next mission. Needless to say, no player should have to put up with something like this.

So, that's Homefront - at least for now. It's a creative, open-ended game rich in emergent gameplay that's sadly spoiled by technical problems. If and when the game is patched, I recommend fans of open-world shooters check it out. Outside of CryEngine issues and optimization problems, the game has a lot to offer players willing to engage with it.

This review is based on a retail copy of Homefront: The Revolution for the XOne

It's a real shame they couldn't get everything polished up. It sounds solid otherwise. The gun customization seems nifty.