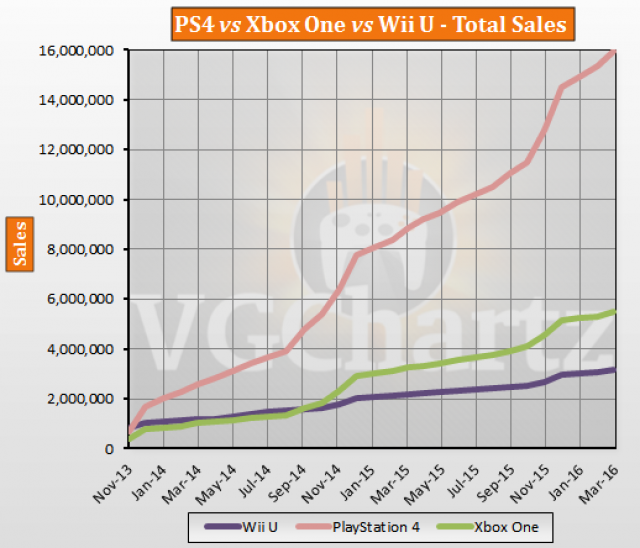 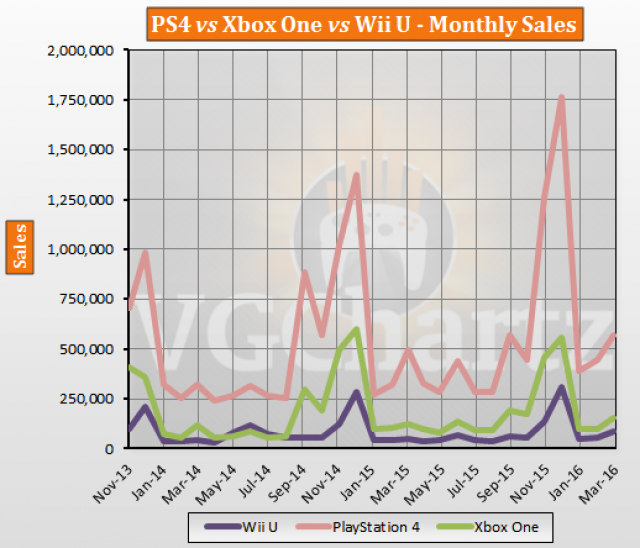 Looking at market share for the month of March, the PlayStation 4 managed to achieve 71 percent. The Xbox One accounted for 19 percent of the consoles sold, and the Wii U a modest 10 percent.

Europe is one the the strongest markets for the PlayStation brand, so this is not surprising.

Go the PS4 it has now sold over 40 million system. The PS4 is the greatest system ever.

i still dont think PS4 will beat global sales of PS3. sales will drop off or slow down massively when it hits 60 million. this gen has a whole is a massive decline from last gen.

So your saying sales will be flat start of 2017?
I dont know... 2016 has so many big games releaseing, I think people will have more reason than ever to get one. PS4 Neo will force the normal version drastically down in price too, why would that make 2017 sales bad?