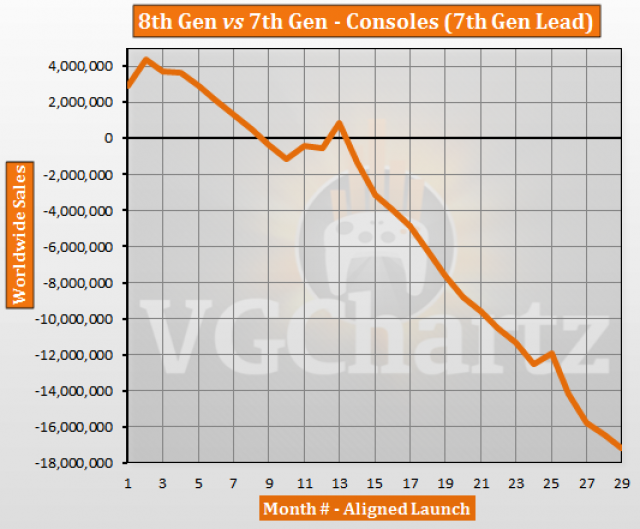 This first chart compares aligned home console sales between the 7th and 8th generations. That is the Xbox 360, PlayStation 3, and Wii combined sales aligned, versus the combined aligned sales of the Xbox One, PlayStation 4, and Wii U.

The 8th generation has struggled to keep up with the 7th generation. After closing the gap slightly in November it has grown for four straight months. Poor Wii U sales compared to the Wii is the main reason the 8th gen is behind. The gap increased by 723,135 units. 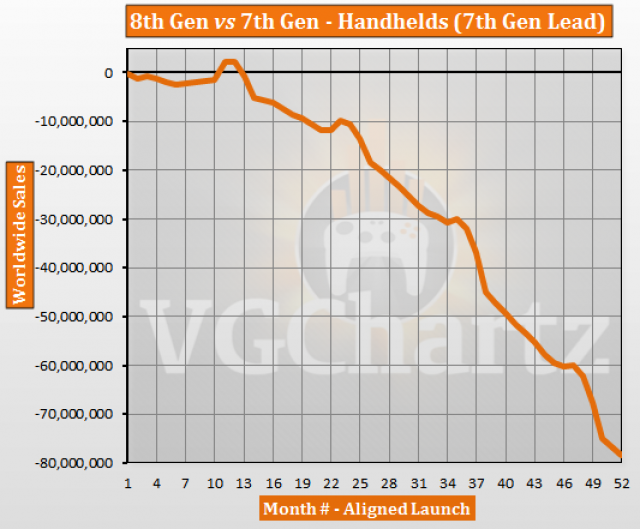 This second chart is comparing aligned handheld sales between the 7th and 8th generations. That is the DS and PSP combined sales aligned, versus the combined aligned sales of the 3DS and PlayStation Vita.

Lol that handheld graph. :-P
Anyway pretty mindboggling this Gen 7 advantage, which is still growing fast, is basically all because of the Wii.

The Wii vs Wii U is the only reason the 7th gen is ahead.

What generation will be NX?

I will do an NX vs Wii U comparison. If NX does well enough I can add in Wii.