Once known cryptically as "Project Guard", Nintendo's take on tower defense games was rebranded and renamed this year as Star Fox Guard. Is this another case of Nintendo slapping a Star Fox skin on a new IP to help sales, a la Star Fox Adventures? Probably. Is it fun to play and addictive? Undeniably.

Bundled as a physical copy with first run editions of Star Fox Zero, and offered digitally on the eShop for $14.99 as a stand-alone title, Star Fox Guard is the definition of a budget title. Yet, despite its low price - and, most likely, low production cost - it punches well above its weight. There's a surprising amount of depth in this tiny package, both in the single player campaign and online. 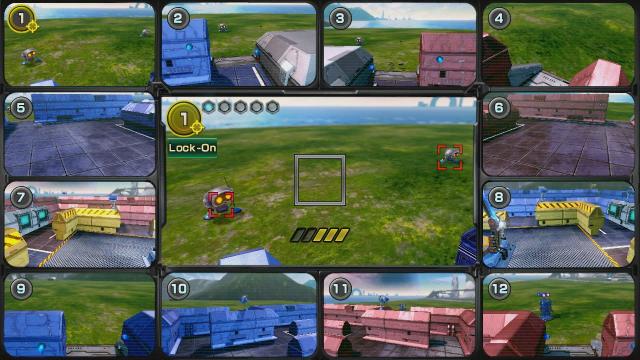 Star Fox Guard is a tower defense game. Players take on the role of a new recruit at Corneria Precious Metals Ltd., a deep space mining company operated by series newcomer Grippy Toad. Grippy, Slippy Toad's uncle, is immediately likable, thanks to some great character design and stellar voice acting. At the beginning of the game he and Slippy explain that robots have been attacking mining facilities, and they need your help to protect the central towers from damage.

The main tool at players' disposal is the state-of-the-art AegisCam security system, developed by - who else - Slippy Toad. By watching 12 live video feeds, players can locate invading robots, then blast them to bits with camera-mounted laser guns. Then a painfully cute frog-like robot called RE:BOT collects those metallic bits and converts them into precious metals. Before each stage, players can move and rotate cameras on the WiiU GamePad, in order to provide the most airtight defense. Tiny markers on the overhead map show where invading robots will spawn. 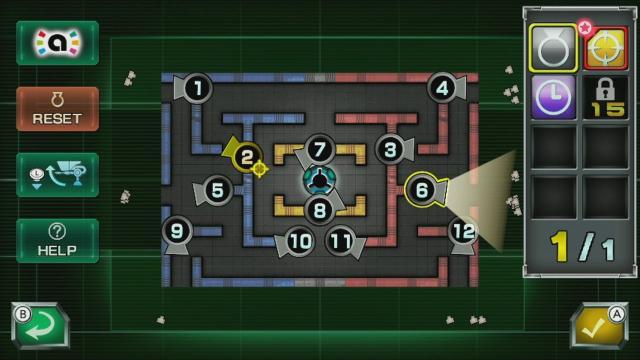 As players earn more precious metals, they level up, earning new camera-mounted weapons and unlocking bonus stages. More advanced weaponry is essential in later stages, as new and more fearsome bots are introduced. Bots are divided into two main groups: chaos and combat. Chaos bots, unsurprisingly, sow chaos. There's Hi-Ho, a basic baddie which explodes when it reaches the central tower, damaging nearby cameras. One particularly devilish bot is Pausemo, who runs fake footage on cams to help other bots sneak in.

The real dangers, however, are combat bots. If a combat bot damages the central tower, it's game over. There's the basic attack unit, A.T.K, which, when shot, detaches its top half and becomes faster. There's the frustrating Shieldtron, which carries an impenetrable riot shield. And there's the sneaky Cloke-R, which doesn't even show up on radar when it enters a facility. 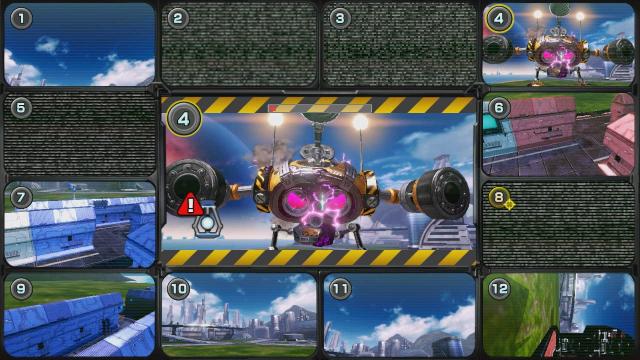 Developing tactics and placing cameras strategically to counteract these bots is incredibly fun and immensely satisfying. Playing the game does take a great deal of attention, though, both mental and physical. Like its bigger brother, Star Fox Zero, Guard requires players to look at both screens. And, really, it's 14 screens: 13 on the TV monitor and one on the GamePad. Depending on the size of your TV it might be difficult to make out some of the smaller camera feeds.

Guard also requires some physical contortion. Players will need to select cameras with the stylus, aim with the analog stick, and shoot with a button. It's not the most convenient system. 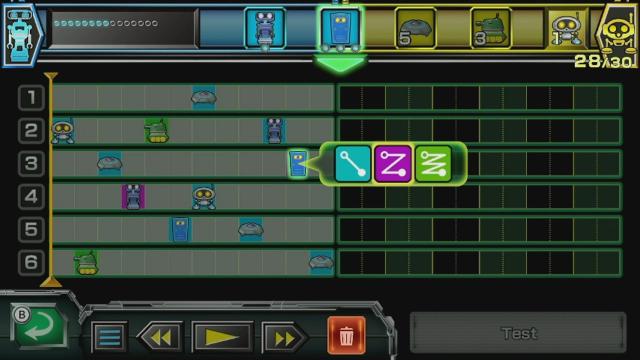 Star Fox Guard features dozens of missions to keep you busy. All take place on a famous Star Fox planet. Each planet has three maps - A, B, and C - which are further sub-divided into three missions. Once you've conquered all nine main missions on a given planet you'll open up the final battle. This could be an especially difficult wave of enemies or a boss battle against an over-sized robot.

Once you've completed all the game's missions, the fun isn't over. Star Fox Guard boasts a fun multiplayer experience not unlike Super Mario Maker. In "My Squad", players can design and upload to the internet their own custom attack waves. A handy and intuitive level editor allows you to add chaos and combat bots, then choose where and when they attack, and what pattern they take to the central tower. 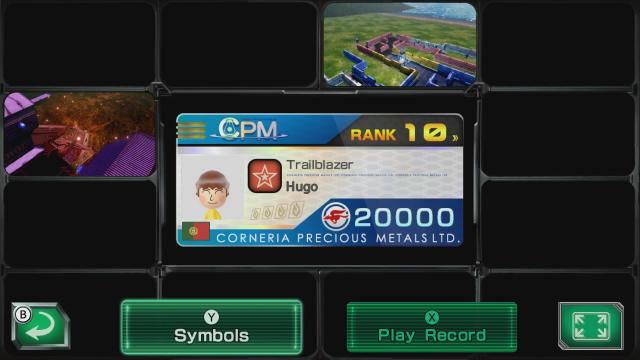 In "Rival Squads", players can battle squads designed by other players from all over the world. Depending on your success or failure, your battle rating will rise or drop. An ID card shows your battle rating, symbols (unlocked by achieving goals), and heat index, which increases after you create especially strong and unique squads. If your heat index gets high enough, you might become a "Star Strategist".

Despite its low profile and low price, Star Fox Zero is a blast to play. The non-traditional controls take some getting used to and, depending on the size of your monitor, camera feeds may be difficult to decipher, but in general the game is a success. There are more than enough levels, each with a different gimmick or challenge; entertaining boss fights; and, thanks to "My Squad" and "Rival Squads", a constant stream of new user-generated content.

This review is based on a retail copy of Star Fox Guard for the WiiU, provided by the publisher.

See Giant Bomb? THIS is how you give a review!

I need to pre order today before I cannot anymore.

The boss battles came out of nowhere!
Decided to get the disc version of Guard,
guess it is best to try them out together.

I got the bundle.

Looks enjoyable. Nintendo put some effort into it. Give it a 70ish

Was the best thing about Star Fox Wii U.

I'm playing it. It's definitely fun and addictive! And it also has more depth than I expected. Though it can be quite tiresome and demanding, you really need to keep your attention in both screens. I prefer to play it in short doses.

I need to pre order today before I cannot anymore.