MMORPGs have stagnated somewhat over the past several years. Giants in the genre such as World of WarCraft still boast impressive numbers, but the questing, grinding, and leveling aspects of these games remain largely the same as they were 15 years ago. Pearl Abyss’ Black Desert Online is the latest in the genre to be released in the West - after a 2014 release in Korea - and looks to make its mark in a crowded category. Although BDO does well to distance itself from other MMORPGs, and is an overall enjoyable experience, there are clear indicators that betray its tired genealogy. 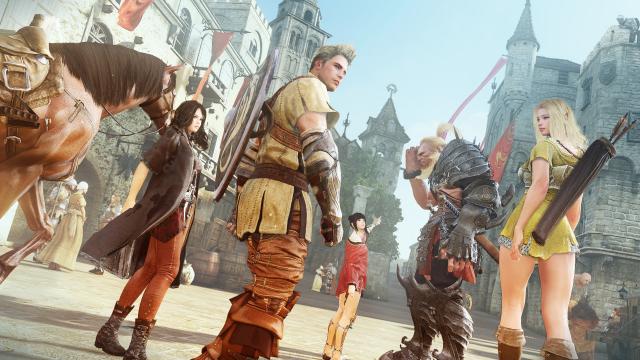 The major problem I had with the character creator, however, is the fact that classes are gender specific. When you choose a class you are also choosing the gender it is locked to. This means that you cannot be a male ranger or a female berserker, for example. This may not be a big problem for everyone, but given how extensive the character creator is in other respects it seems counter-intuitive to restrict genders so heavily.

After you have chosen your class and have customized your character you are welcomed into a beautifully crafted world with gorgeous environments and terrific characters. In fact, BDO is one of the most visually impressive MMORPGs on the market. Even on my modest PC the game looks amazing. From the highly detailed characters to the sweeping vistas, BDO is a joy to look at thanks to its realistic and immersive engine. 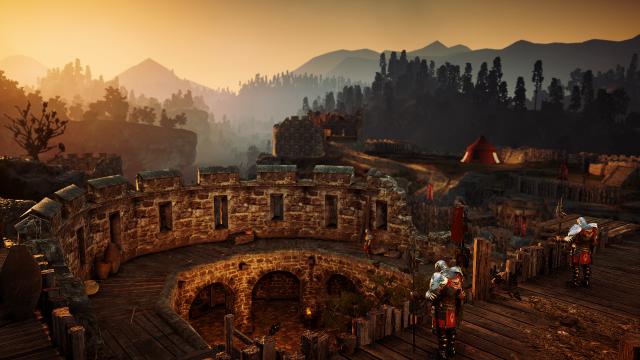 The game's bustling cities are a great example of how impressive the graphics can be; thanks to the large number of NPCs and other players wandering around you really feel as though the city is alive with people going about their lives around you. People will interact with one another and walk around while guards will patrol and stand guard. Details like these really add to the sense of a larger world with you playing a part in it.

Another feature Pearl Abyss has added to further immerse players is the randomized weather system. Rain will fall during your adventures and the environments and characters will respond accordingly. A day and night system is also well implemented and really shows off the strength of BDO’s terrific lighting. One minor annoyance I do have though is how certain characters have an odd glow depending on the lighting conditions.

A more critical problem with the graphics engine is the annoying level of pop-in. People will suddenly appear from time to time only several steps in front of you; a jolting experience that sometimes breaks the immersion. Vegetation, shadows, and other objects also suffer from this issue. Fortunately, it seems as though this problem has gotten better over the last month and one has to hope that Pearl Abyss can make further improvements to its engine. 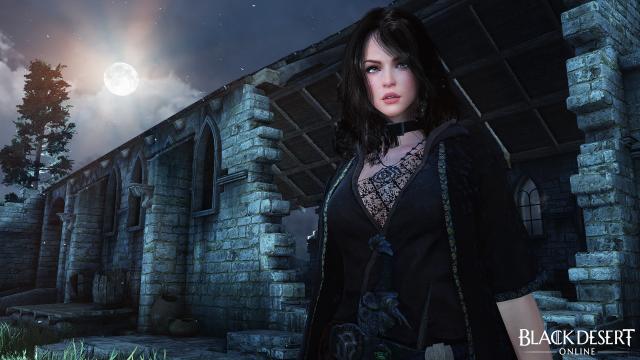 As with the graphics, the sound and music is strong overall. Music that plays during combat is fast-paced and exciting and is well reinforced with the sounds of battle and the use of abilities. The music that plays while you’re in towns and cities is suitably peaceful and relaxing, and towns really come alive thanks to the ambient sounds of animals and NPCs.

One of BDO’s other major strengths is its action-oriented combat. The combat features a combo system where players can tie together various moves to unleash powerful attacks. The skills themselves provide satisfying feedback, giving you a great sense of power, and unlike most traditional MMORPGs the combat doesn’t overly rely on point and click and skill cooldowns. Instead, it is more closely comparable to action games like Devil May Cry.

The main drawback to combat in BDO is that it feels a bit too easy at times and does get repetitive. While it is fun to watch your character destroy massive groups of enemies with different abilities, it would be nice if regular enemies provided more of a challenge. At times, they feel more like cannon fodder than anything else. Boss battles, on the other hand, are generally challenging; some requiring groups and teamwork to be successful. 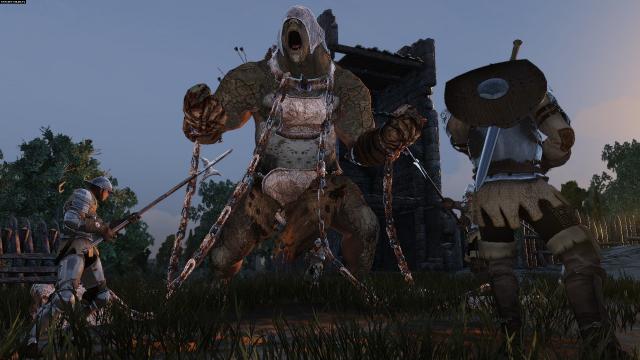 As with most other MMORPGs BDO can become quite grindy. Quests usually involve killing a certain amount of enemies or collecting a certain amount of an item, and the grind also extends to the different professions found in BDO. Professions are the primary way to make money and there are several different professions to choose. This provides you with a lot more to do and, naturally, mastering each profession will require a lot of time, but oftentimes the rewards can be worthwhile. For example, if you decide to fish, you will progress from simply fishing off shores to running large fishing boats. These professions add a lot more depth to BDO and provide players with more options on how to spend their time in the game.

Currency is another key facet to the game. You can use gold and silver to purchase most in-game items but there are some items that are only available through Pearls which you must purchase using real money and some of these can be quite expensive (even running up to the cost of the actual game in the West). Although the microtransactions are generally fair and fortunately don't break the balance of the game in any way, the costs of costumes and pets seems a bit too expensive. 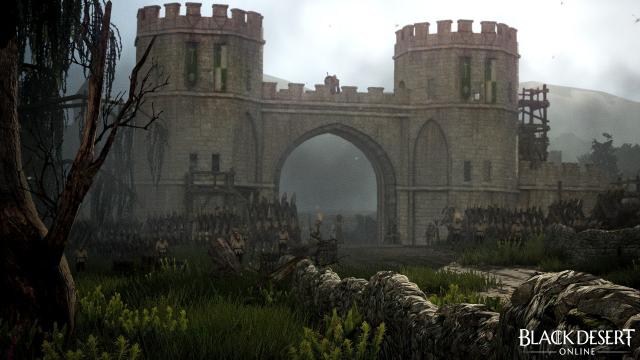 Players can also expect to spend a lot of time traversing the beautiful world that Pearl Abyss has created. You can choose to travel on foot but, unlike in most MMORPGs, you also have the ability to climb onto buildings, which is somewhat reminiscent of the Assassin’s Creed games. This gives you an element of verticality and allows you to explore buildings in interesting ways. You can also travel on various mounts as in other MMORPGs but here it is treated a bit differently. In most games, you can summon your horse almost wherever you want. In BDO, players are forced to visit stable masters in towns to stow their mount and allow them to recover some stamina if they have been used for too long. Although this adds an element of realism to the game it can be a bit frustrating at times.

Another element of realism that Pearl Abyss decided to include was to do away with fast-travel altogether. Although this does take time to get used to, and may not be a popular move amongst players who are used to such a feature, it does actually allow players to explore and genuinely appreciate the world that has been crafted. It's worth noting that you can allow your character to automatically run to quest objectives and other markers, but this mechanic isn’t perfect. There were several occasions where my character would get stuck in a stream or wall, for example, so overall traversing in BDO is a bit of a mixed bag. For the most part it is fun and rewarding but it does take time getting used to. 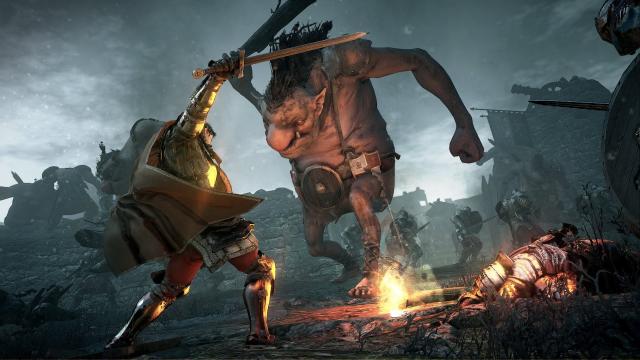 When you do get used to BDO’s systems it becomes a really rewarding, gorgeous game that you will be able to enjoy for many hours. Players who relish fine-tuning their characters will particularly enjoy the deep character creator and varied character classes. The presentation is top-notch for the MMO genre and the combat is also satisfying and fast-paced, which is a welcome change compared to most other MMORPGs. Although elements of the game can become repetitive or frustrating, Black Desert Online does provide a staggering amount of content and is well worth considering if you're looking to try out a new MMORPG.

This review is based on a digital copy of Black Desert Online for the PC, provided by the publisher.

I'll never really have time to play an MMORPG until I retire. But this one sounds pretty intriguing.

Still need to give this a try sometime, on the good side it means I won't have to keep paying a sub just to play it along with the nice visuals. Reviews on YT seem to tell a different story than this one though.