Like many others I couldn’t wait to get my hands on Unravel after its unveiling at E3 last year. It oozed charm with its adorable protagonist and you couldn't help but be endeared by its creator's nervous passion. Now, however, Unravel has released and unfortunately it seems that its cuteness and charm is all it really has going for it.

Unravel takes you on a journey through Sweden as Yarny, a little red woollen figure that has taken it upon himself to collect memories for a sad, lonely old lady. Throughout its 5-6 hour campaign Unravel has Yarny travelling back to all of this woman's favourite places and in the process tells an emotive story of love and loss. 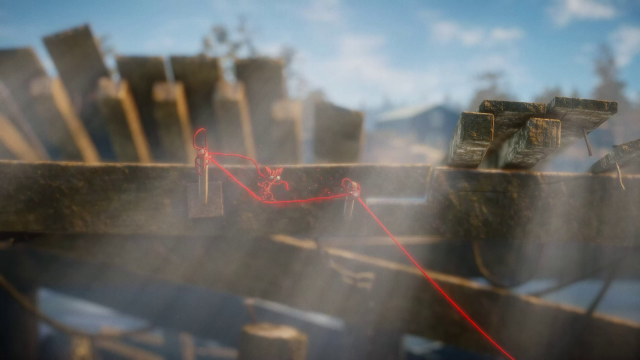 The platforming gameplay is a fairly simple affair, with basic physics puzzles taking centre stage. Because he’s made of string, Yarny has the ability to swing across branches, nails, and all manner of objects that you encounter on your travels using... well, himself, which is both cute and stylish. Not only can he swing from hooks but Yarny is also able to create bridges made of yarn that is anchored between two points. These bridges have two uses - firstly as simple bridges that allow you to cross impassable terrain but also as trampolines.

Yarny is limited in respect to how far he can move by how much string he has left. This is a superb gameplay mechanic in theory, but in practice it ends up feeling too contrived. Had the length been consistent throughout I’d have enjoyed it more, but as it stands it's used as a tool to arbitrarily restrict the player in certain places. You’ll barely be able to move five metres when completing some puzzles, but in other scenes Yarny will be able to move across an entire field without having to worry about the amount of string he has left. 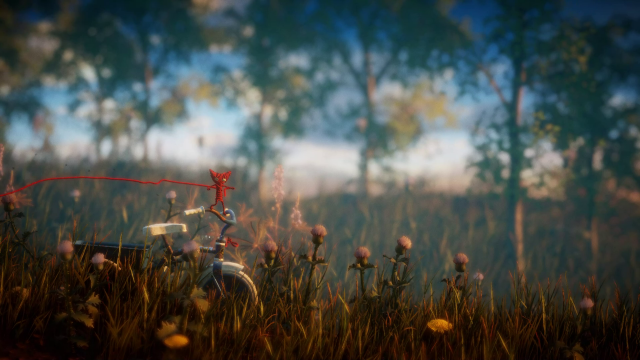 Yarny's abilities are novel and fun to use at first, but the gameplay quickly becomes repetitive and fails to evolve. Before long you'll be able to breeze through areas because you instantly know what's needed of you (just look for the glaringly obvious red string that points to a hook spot and you’re golden).

Unravel is, unfortunately, a puzzle platformer that fails to challenge in any way, and while the controls are silky smooth for the most part, there is an annoying issue that happens when swinging from one hook point to another; Yarny will rise up the yarn rope ever so slightly and this can (and almost certainly will) result in deaths that feel unfair. 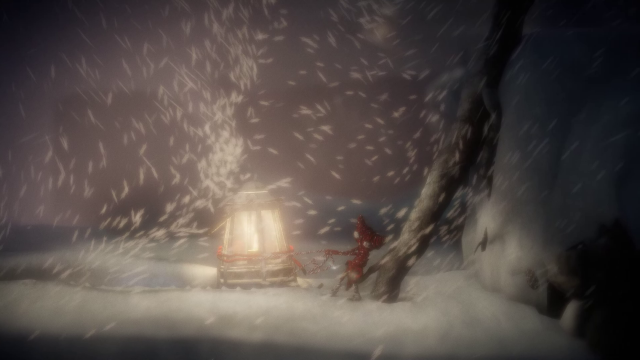 Fortunately Unravel it does impress in certain other respects, beyond its adorable protagonist. The cut scenes that you're often treated to for solving the game's admittedly basic puzzles, for example, are brilliant and serve as meaningful incentives to continue playing the game long after the gameplay itself has become staid.

Unravel is also an absolutely stunning game to look at and easily one of the most realistic games I’ve seen recently. It also helps that the campaign manages to take place across multiple seasons, so artistically the development team was really able to go to town, throwing up stunning levels of detail and effects. Walking through a garden where every blade of grass has been lovingly rendered (including particles of dirt all over the place) is an absolute joy and I would pause sporadically to take in the small world as it shuddered in the wind. 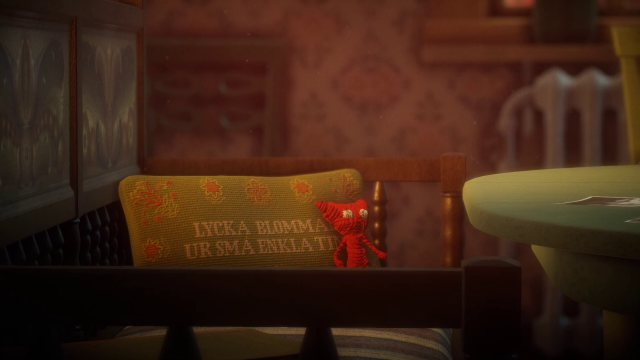 It’s through the graphics and art style that I feel the vast majority of players will be enticed to the game in the first place. Both serve to really bring Yarny and his world to life, and to be brutally honest if it wasn't for this stunning level of attention to detail I'm not sure I would have been inclined to complete and then review the title, even though it is only a few hours long.

As excited as I was to finally get my hands on Unravel, I can't help but feel let down. Artistically and graphically it is sublime, and initially at least there are some neat moments to behold, but the rest of the title including, crucially, the gameplay, simply does not hold up to scrutiny.

Hmm. I wonder how the PS4 version is? It looked interesting to me, but maybe i'll just wait a bit.

Why would it be different? The core gameplay would be the same.

Wait a bit for what?

Waiting a bit for a price drop, since it seems to only be like 5-1/2 hours long.

Well considering the game is easy to finish for some, I would imagine time being a different factor. It isn't going to make a difference what system it's on though.

Such a cute game.

I knew it wouldn't be as good as Yoshi's Wooly World. -_-

Dude, I love Nintendo and Woolly World was awesome, but I liked this game better. To be honest while the aesthetic is similar, they're two different games. This game is far more puzzle based than woolly world, which is more of a platformer. But still both are amazing games.