Back before Monster Hunter gained any real traction in the west, Square Enix had the Final Fantasy Crystal Chronicles series, which was essentially a “dungeon-crawler-lite”, where the gameplay mechanics of a typical crawler were streamlined and simplified for a much wider (and younger) audience.

Despite being moderately successful, the series abandoned consoles and handhelds with the last release in 2009, taking on city-building with its move to WiiWare and web browsers. Although not set in the same universe as Crystal Chronicles, Final Fantasy Explorers takes many ideas from its spiritual predecessor and builds upon them, introducing new mechanics and forgoing many of the more childish influences, but it still relies a bit too much on the Monster Hunter formula. 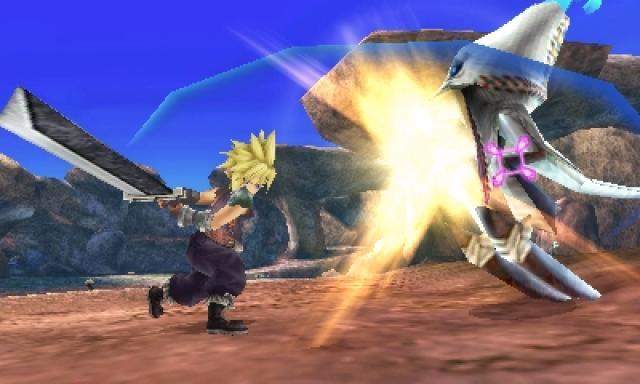 Unlike most other games bearing the Final Fantasy namesake, Explorers is particularly light when it comes to story. Players take on the role of an adventurer who has just arrived in Libertas, a place where knights, mages, bars, and every class in between gather to seek out crystals and explore the newfound island of Amostra.

It's definitely a major change from the grandiose narratives of other FF games, as the set-up of an unexplored island is itself almost all of the actual story the game provides, though this isn't exactly uncommon for Monster Hunter-like games. However, it’s an odd feeling for a Final Fantasy title to lack an in-depth plot and instead be driven by a heap of disconnected quests that are essentially a means to make you hunt monsters or gather materials. The plot isn’t boring or forgettable, it’s completely non-existent, and while this might cut it for a Monster Hunter title, for Final Fantasy it’s nowhere up to snuff. 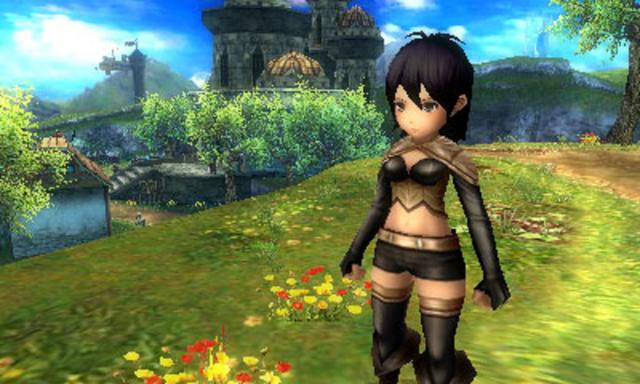 Final Fantasy Explorers plays similarly to other games in the genre and is a third person dungeon crawling action RPG that utilizes much of the FF mythology, characters/eidolons, and spells/attacks. Though it bears some resemblance to Monster Hunter, it’s not a complete clone. Quests and battles will take only a fraction of the time to complete, even when playing solo. Characters have a basic attack available to them, as well as eight ability slots that are tied to the triggers and face buttons. Normal attacks are governed by the type of weapon equipped, with staves or tombs offering the least amount of combos and daggers or katanas giving the most.

Classes can only equip certain weapons, but each class has at least two options. Besides magic, most skills are tied to weapons, with each offering a decent array of attacks, defensive actions, and other healing and boosting effects. These abilities are acquired through the giant crystal in Libertas, which allows players to purchase more skills using CP (crystal points) that are rewarded for completing any type of quest. 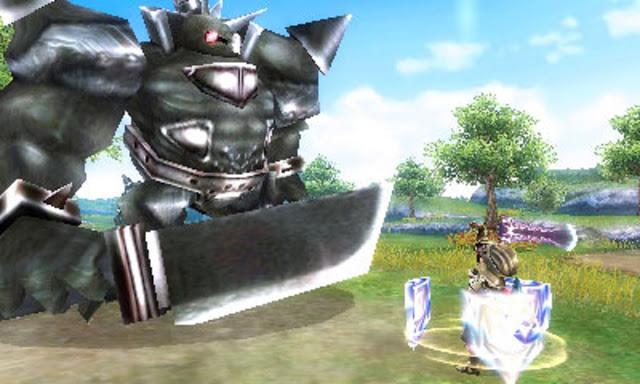 I particularly liked how the game’s weapon and ability progression works, as it doesn’t take hours of grinding just to get some of the more powerful skills. Each class has a wide range of abilities, with different types of attacks, enhancements, and healing actions available to purchase with CP as you progress through the game. The range of abilities for each class, especially for tank or DPS classes, helps to lessen the inevitable repetitiveness of typical hack-and-slash action and makes playing these characters much more entertaining.

It’s all the more rewarding since the primary way to get abilities is by collecting CP through quests, rather than trying to accomplish some mundane task or using another ability or weapon hundreds of times. This makes it a lot less rigid than MH or even Crystal Chronicles, and is a welcome change to the format. 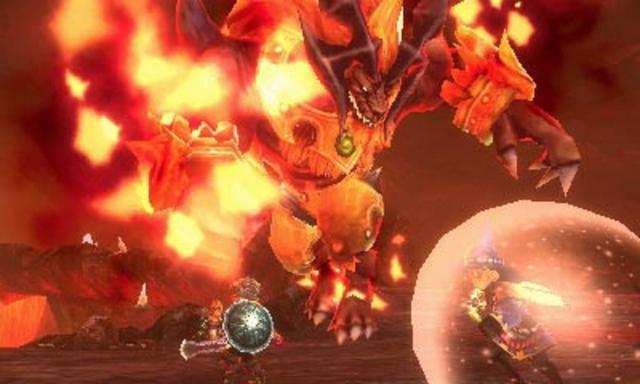 While the classes will be familiar to Final Fantasy veterans, Explorers sees much more fluidity in managing them. Classes range from knights and ninjas to black, white, red and blue mages, to machinists and bards, and many in between. While weapon and class-specific abilities are locked to their respective weapons or classes, everything else can be used by any class for a higher AP cost. This adds a layer of depth to solely tank or DPS classes, and makes playing alone much more gratifying (and viable).

Classes can be switched in the town hub before quests, with more advanced classes being unlocked through quests. Being able to switch classes without having to worry about grinding out levels offers many more opportunities for fun, as well as making it more accessible when changing up playstyles.

My only gripe with abilities is that since they are all purchased with CP, level progression, or Explorer Level, they essentially only give minor stat boosts rather than a means to gather new abilities. Despite that, the system as a whole is definitely one of the strongest class systems that has ever graced an FF title, despite it being a tad easy to unlock classes. 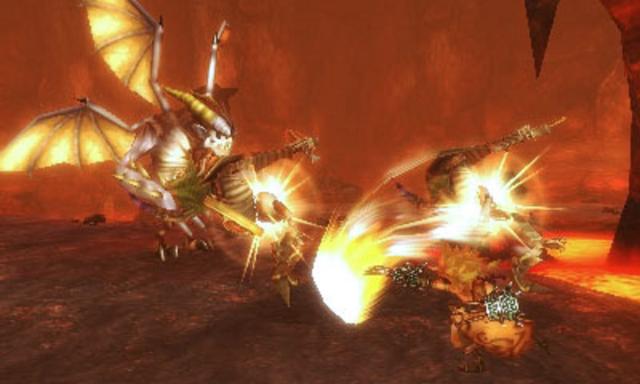 Similar to any sort of ultimate attack systems from other Final Fantasy games (limit breaks, trance, gestalt), Explorers uses the Crystal Surge system once a certain number is reached on the gauge. Crystal Surges can add different effects to attacks and skills, as well as granting faster speed, better defense, or a number of other enhancements. Players can also transform into previous FF characters like Cloud, Squall, or Lightning, as well as harness the power of eidolons they’ve fought and captured. Trances and Crystal Surges add another layer of strategy to combat, as well as adding a bit of fan service by allowing you to play as some classic characters.

Instead of having to explore Amostra all alone, Final Fantasy Explorers also features drop-in drop-out co-op, both over a local Wi-Fi connection. I had no problems hosting a room or finding another game, but the search criteria is a little wonky since it's mainly based off of quest progression rather than character level.

When not playing with other people, you can fill your ranks with up to three monsters that can be created from certain looted items. Having a good team of monsters can make the game almost too easy at times, as does a full co-op game, but even if the challenge maybe lax, it's preferable to having to always play co-op. It's refreshing to be able to solo a Monster Hunter-like game, particularly if you like to play alone. 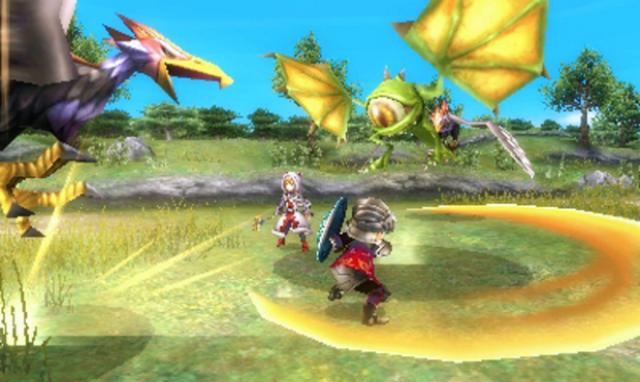 Though FFE does many things right, it's hard to look past certain issues. It's not exactly visually impressive, as the jagged characters and enemies look like they're from a DS game rather than a 3DS one. Areas are consistently rehashed between the maps, with only a small number of maps that are “randomly generated” (read: they're not). Many quests also have you hunting the same monsters over and over, which makes for a rather repetitive experience once the last third of the game comes around.

The soundtrack also fails to impress, sounding very generic and without any of the soul that I expect from a Final Fantasy soundtrack, and it doesn't even use the iconic theme. Voice acting is used sparingly and when it is used it sounds as though it was recorded using some tin cans and a piece of string.

Finally, the game becomes very easy by the mid-point, partly due to the ease of collecting abilities, as well as crafting powerful weapons and armor, but also due to the poor balance in co-op (or even with mid tier monsters during solo play). 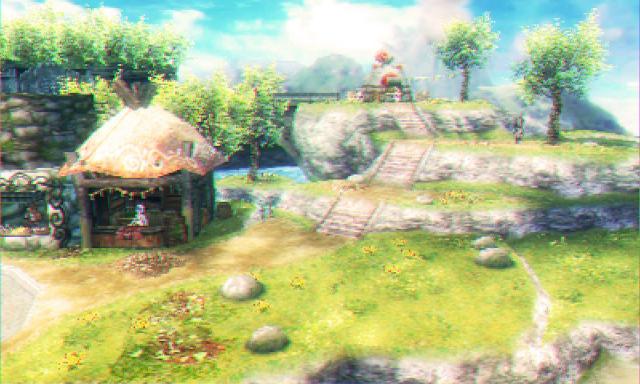 While there's plenty to like in Final Fantasy Explorers, like the well crafted class system, ease of use, depth, and fluidness of combat, and that fact that it offers well over 35 hours of content, it's hard to look past some of its more glaring flaws. Repetition sets in too early, particularly due to liberal rehashing of areas and repetitive quest objectives.

It's interesting to see Square Enix make the same mistakes as they did with Final Fantasy Crystal Chronicles, which suffered the same as Final Fantasy Explorers does now and shows the company learned nothing in the past 5 years. There's definitely fun to be had, especially with a couple of friends, but it never manages to get over the mediocre hump of repetition.

Really liking this one so far. Glad I picked it up.

I don't think the lack of story excuses Monster Hunter either. These grind based games just get really boring really fast. The Monhun formula infected alot of other series and never with good results. Just Monhun seems to inexplicably get away with it.

I still hesitate my question is: is it like pso or mh? If it is like pso ill buy it. If its like mh illleave it