Resident Evil 6 Rated for PS4 and Xbox One - News

It looks like Resident Evil 6 may be headed to current generation platforms, as the game has been rated for the PlayStation 4 and Xbox One by the Korean Game Rating Board. 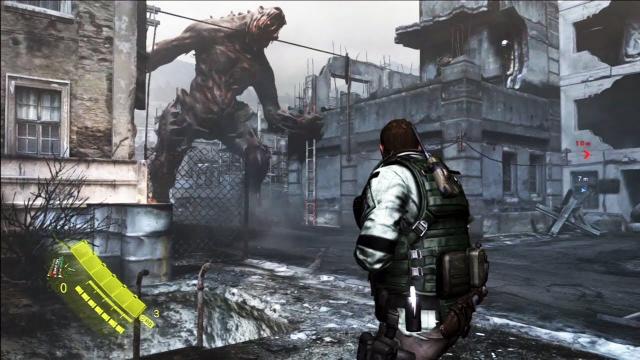 The game originally launched back in October 2012 for the PlayStation 3 and Xbox 360, and for Windows PC in March 2013.

I rather have RE5 remaster than this.

Resi6 is better than many other games having zombies, why are people judging it different just because the name resident evil is in it?

This is the worst RE from last generation, RE5 and RE:Revelations (best) where a lot better, RE6 tried to do everything and did nothing really well, big mess

One of the MOST TERRIBLE GAMES I've ever played. I was hoping Capcom wouldn't port this game to other systems, even though I know that's what they do with RE, I just hoped they'd leave this absolute turd behind to be forgotten about.

I would rather just have RE7. I doubt its related but the banner picture got me thinking... if they added a Claire and Jill campaign i would dig in again.

Claire is busy during the events of RE6. (REvelations 2)

I'm looking forward to this. Because there is no way this is gonna be that same shitty game we saw on last gen. It would be crazy to remaster that without fixing it.

I'm curious to know why you think it was shitty. The only thing i didnt like about it was repeating the same story sequences and the separate campaigns. They would have to redesign the game to fix that. I dont see that happening.

The game is just an unpolished mess visually and mechanically. Too long, gets tedious, and its easy to nit pick this game throughout the entire campaign because it was clearly just poorly designed. I'm not saying its a bad game but its certainly a poorly designed game.

I guess sayings its shitty implies its bad. But man... this game is kinda shitty. Its just a mess!

I do think it overstays its welcome, has structure problems and also terrible controls on the mini-games, but i just don't see a port solving those issues.

We'll see. If Capcom wants to fix the reputation of RE, rereleasing RE6 isnt a good way to do that. Its an objectively bad game, so much room for improvment.

I wouldn't mind this and any other previous RE games as long as Capcom gives it the phyiscal copy treatment.