The movie license tie-in game has become something of a dinosaur in the modern video game industry, and with good reason. More often than not these games sell themselves through proximity to a popular brand and not through any ingenuity of their own. Such is the case with Snoopy's Grand Adventure, which coasts onto home consoles on the coattails of The Peanuts Movie. The game isn't terrible, by any means. It's just aggressively safe, generic, and undemanding. 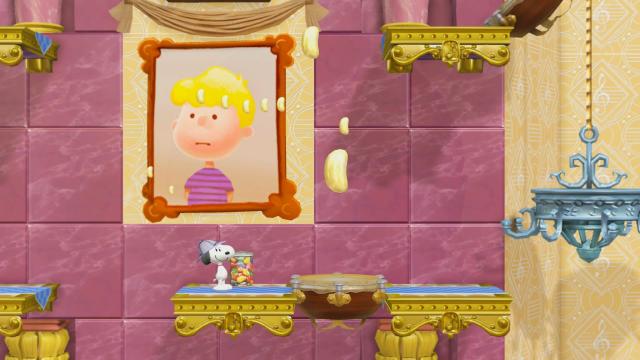 Snoopy's Grand Adventure follows Snoopy and his sidekick Woodstock as they track down the missing Peanuts kids. They've gone off to play hide and seek, and when Snoopy pursues their jelly bean trails, he disappears into the world of his imagination.

There are six distinct worlds in the game, each with several levels and a boss battle. The developers at Behaviour Interactive were wise to create such thematically different worlds, each in some way defined by the missing child it plays host to - Schroeder's level, for example, is filled with musical notes and busts of Mozart and Beethoven. But the opportunity is wasted. Levels in each world are completely interchangeable. They play the same; they look the same; they are, for all intents and purposes, the same. 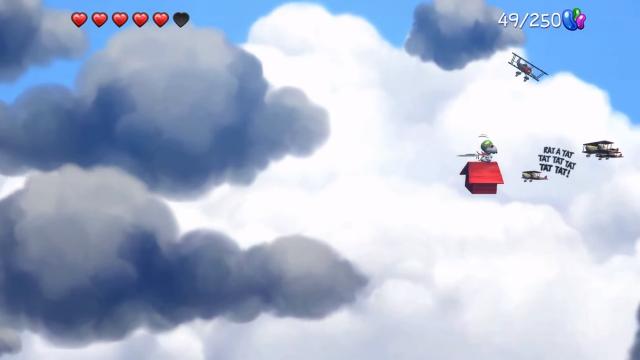 Behaviour attempts to add some spice to the game with a world based on the aerial domain of the Red Baron, with Snoopy firing his imaginary machine gun "rat-a-tat-tat" at enemy fighters and dodging lightning storms. But, again, all levels are more or less the same within this world.

It's not all bad, though. The introduction of costumes for Snoopy makes the game more interesting - it's fun to see Snoopy as Joe Cool or as a Sherlock Holmes-esque detective. And the costumes aren't merely cosmetic. As an astronaut, Snoopy can defy gravity. As an explorer he can climb vines. And as a member of the Parisian underground, he can break through boxes. Unfortunately, players cannot switch back and forth at their discretion. Instead there are costume change markers where Snoopy must switch clothing. 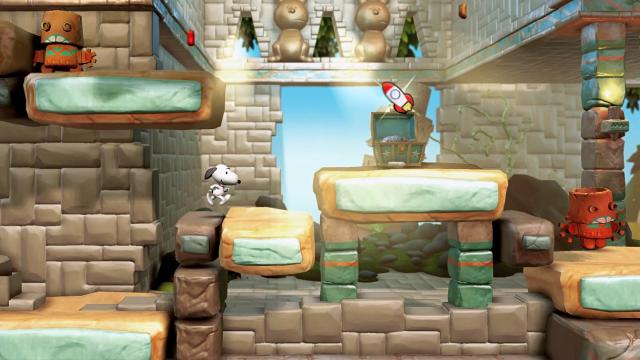 There are a bunch of collectibles in Snoopy's Adventure, including jelly beans and hidden beagle scouts, but it's difficult to summon the energy to play through the same uninspired course twice or even three times to find a few missing items. There's also a co-op mode where a second local player controls Woodstock, but it's not much fun. Woodstock can stun enemies and activate lifts, but in general he's a passive onlooker.

For younger kids and fans of Peanuts, Snoopy's Grand Adventure might be worth a rainy afternoon rental. All others should steer clear. The level design is uninspired, the gameplay scenarios generic, and the entire experience is easy to the point of boring. It's a movie license tie-in game that lives down to genre expectations.

This review is based on a retail copy of The Peanuts Movie: Snoopy\'s Grand Adventure for the XOne

TBH it looked like it had some potential to be a decent platformer, but it looks like is pretty dull at the end. Shame.

I was shocked at the full triple A price. But I guess Nintendo gets away with it and the kid's market has been rather dry so far this gen - other than Lego and Minecraft, that is.

So that makes it okay for it to far more cons than pros?