Yuji Naka is a legend in the video game world. He contributed to games like Sonic the Hedgehog, NiGHTS into Dreams..., and Phantasy Star Online. Now, after a recently shaky development history, his latest game, Rodea the Sky Soldier, is available for 3DS and Wii U. The original Wii version, finished in 2011 but never released, is included in first-print editions of the Wii U version. If you have the means to do so you should find and the play the Wii version. The Wii U version is, unfortunately, a mess.

Across all versions, the story is more or less the same: a robotic soldier, suffering from amnesia, defends the kingdom of Garuda against an evil empire. Narrative, however, isn't the point of a Yuji Naka game. They're meant to be about high scores, arcade action, and an exhilarating sense of movement. 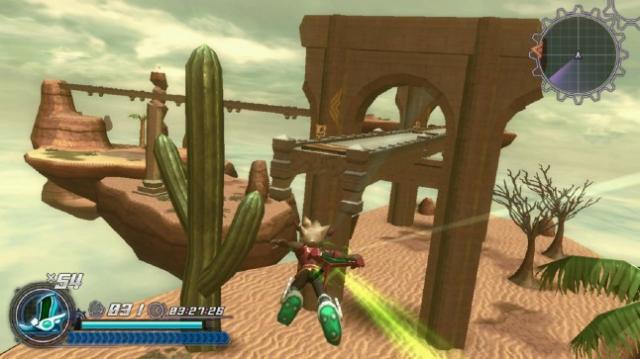 It's the Wii version that comes closest to fulfilling these criteria. Even if Naka hadn't taken to Twitter to recommend that everyone play the original Wii build, it would be obvious to anyone who plays both versions that this is how the game is meant to be played. They may share the same story, levels, and missions, but they play like two completely different games. But more on that a little bit later.

Rodea has you flying through the air, exploring floating islands, and fighting off evil robots and boss creatures. There's actually a refreshing amount of freedom of movement in the game, which makes it a far cry from Naka's stellar but linear work on NiGHTS. Rodea can move around in 360 degrees, collecting coins and gear on far-away islands and in broken-down castles. 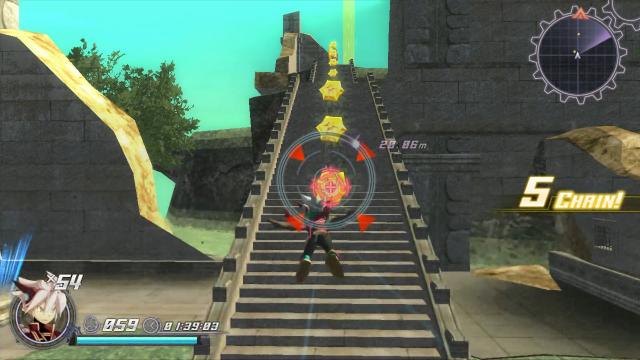 In a game oriented around speed and flight, a proper control scheme is indispensable. In the original Wii build of the game, players use IR controls to manipulate Rodea. They simply aim at the target, press a button, and flick a wrist. By moving the Wii Remote from target to target mid-flight, players can achieve a seamless aerial voyage. It's intuitive and comfortable.

There are no motion controls for the Wii U version. Instead, aiming is achieved through the analog sticks - which are over-sensitive and imprecise - and flying is achieved via an overly-complicated system based on "pre-flight". On Wii U, players must jump, then jump again in mid-air to achieve "pre-flight". In this state Rodea hovers in mid-air, waiting for players to move the analog sticks and find a proper target. 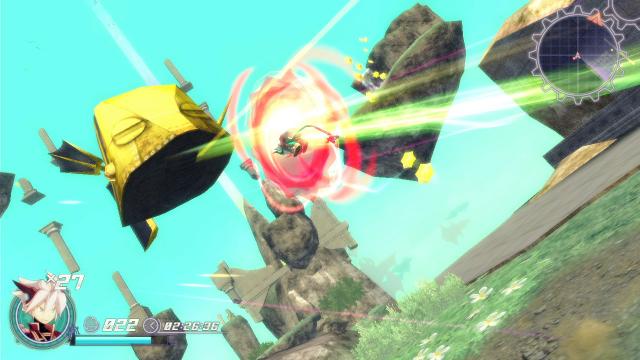 Another 'addition' to the Wii U version of Rodea is "gravity energy", which must be refilled in order to keep Rodea afloat. This barrier to open-ended flight, along with imprecise controls and a stilted, jerky flight system, destroys any hope of enjoying the game on Wii U.

The Wii version isn't without its own flaws, however. Ground controls are lousy, and the camera is painfully unreliable. But, overall, it appears truer to Naka's original version. And, in what is perhaps the most important litmus test of all, it's a lot more fun to play. 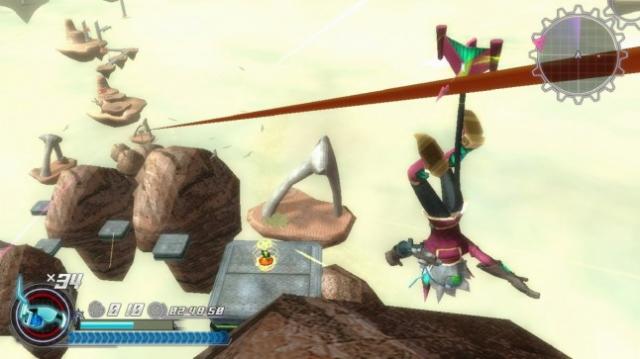 There are a few additions to the Wii U game that are at least worth cursory consideration. Firstly, the graphics have been given a new coat of paint (although the muddy textures and jagged edges betray its origins as a game that is now almost two generations old). Secondly, the Wii U version boasts a more detailed and interactive overworld map, and the ability to customize Rodea with machine parts found in each level. This is a nice little extra that adds depth to a game that's already surprisingly long. 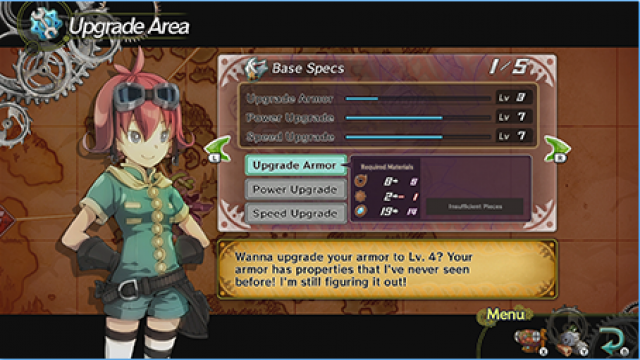 Even with a graphical facelift and some new customization options, the Wii U version of Rodea pales in comparison to the Wii build, and it doesn't come close to Naka's earlier works. There's a good idea at the centre of Rodea, but it's wasted chiefly by a frustrating and jarring control scheme.

I beat the game on my Wii U, I liked it. Could have been better but it wasn't that frustrating. It took a little bit to really get used to the controls (you have to be patient for this) and once you do get used to them it becomes a lot easier. I do recommend people get this game.

May get it in the future if there is an E Shop sale.

Was really looking foward to this game so it does suck that its not as good as it could be. I will still get it, but I will really be looking for the first print run since the motion controls were my main draw

It's cool that they went for a retro GameCube look with the graphics!