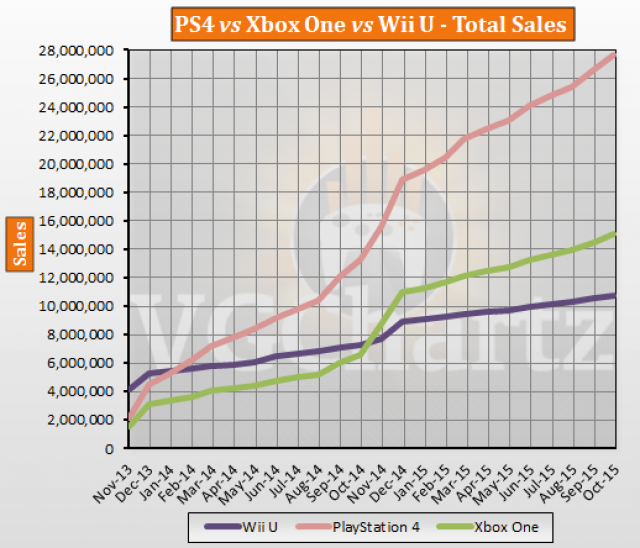 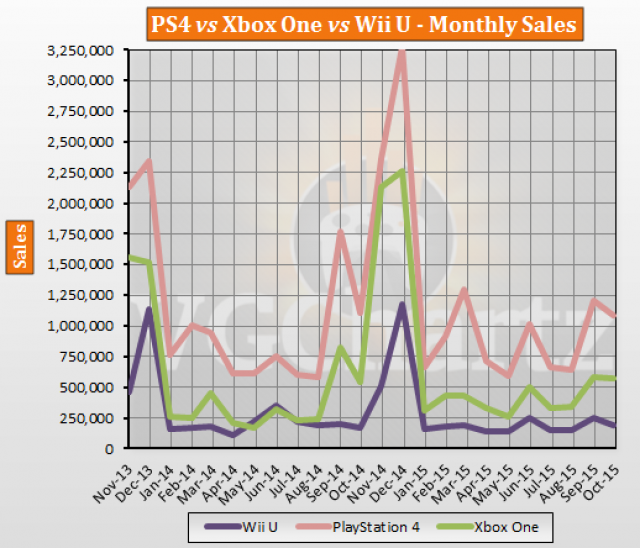 I'll say it again....PS4 sales at the end of 2015 will have surpassed the combined sales of Xbox 360 and PS3 for the same 26 month period. It is literally abliterating last gen sales patterns.
Looking forward to seeing how it fares in the black Friday sales. Not long to go.

Why don't you do weekly sales charts or pre order charts like you used to? It was the main reason I came to this site.

Once we are caught up with sales figures I'll start doing the weekly articles again.