Disgaea 5: Alliance of Vengeance is the first of a number of Japanese RPG titles coming to the PlayStation 4 in the near future. It’s a ballsy move from NISA to release it now; one that reminds me quite a bit of Disgaea 3’s release on PlayStation 3. When Disgaea 3 came out it was a welcome addition to the platform’s library, but some questioned whether this showcased the new generation of consoles’ power to any degree. One could say the same about Disgaea 5, and it would be highly accurate to a point, but it would miss the point of games in this series. 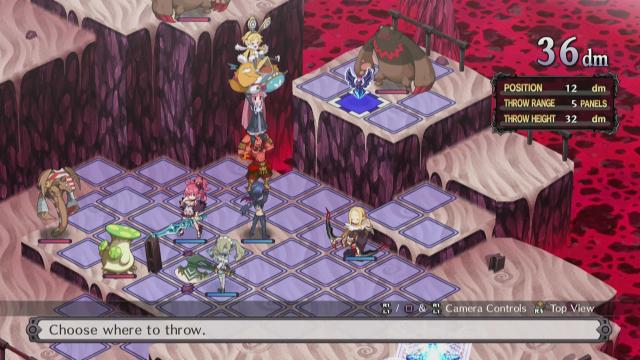 Don’t worry about the 5 in the title, this isn’t a series you have to have prior experience with to know what’s going on. Just know that the stories revolve around demons and a healthy helping of humor. This time the tale focuses on Killia, a wanderer who gets caught up in a war between Overlord Void Dark and the rebel army trying to keep Void Dark from conquering every known netherworld. It’s a fun story as always, one which mixes serious and silly well, but I did take issue with the main character. Usually the main character is one of the main sources of humor (for example, Mao from the aforementioned Disgaea 3 wants to take revenge on his overlord father for deleting his game save). Killia, on the other hand, is a much more serious character who acts as the straight-laced figure to the humorous characters around him.

I don’t mind the concept of a straight-laced figure, but I think having him as the main character is a misstep. It focusses the story squarely on the serious side of things, which is not Disgaea’s strong suit. Killia’s voice acting matches the seriousness of the character’s tone and I found that no matter which audio track I switched to he’s just as boring to listen to in Japanese as he is in English. Thankfully, this is a minor defect in an often hilarious tale that boasts a plethora of amusing characters. I particularly liked the professional wrestler-sounding Red Magnus talking about how he’ll lay the “super crackdown” on his enemies. 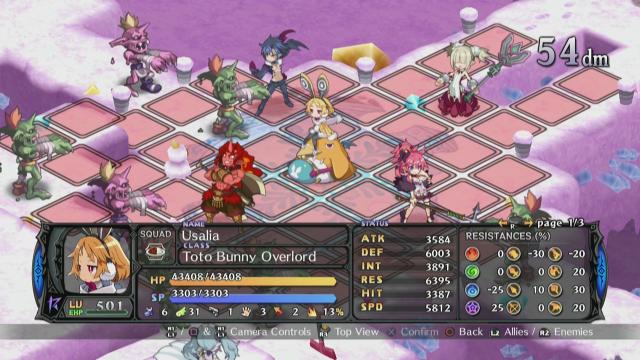 Between laughs you’ll be treated to some extremely polished strategy gameplay that has been slowly perfected over the years. Where once constant grinding was necessary to bring new character classes up to a useable level, and upgrading classes through reincarnation brought them back down to level one, things have become much more streamlined. Now, when you create a new character, you can pay more in-game currency to instantly level them up to a maximum based on the levels of your existing characters. This simple feature takes out a huge part of the grinding required to try out new classes in Disgaea.

Another major addition that helps keep grinding to a minimum is the ability to send research parties out to other netherworlds. There your soldiers can acquire new items and level themselves up while you play through the story missions with the main cast. They won’t earn much in the way of weapon skills but it’s a fantastic means of maintaining a large back-up of high level characters, and by the time I really got the hang of it my back-ups were actually higher levels than my mainstays. My only complaint is that the story-relevant main cast cannot be sent out to research (which makes sense from a narrative perspective, but can still prove inconvenient). 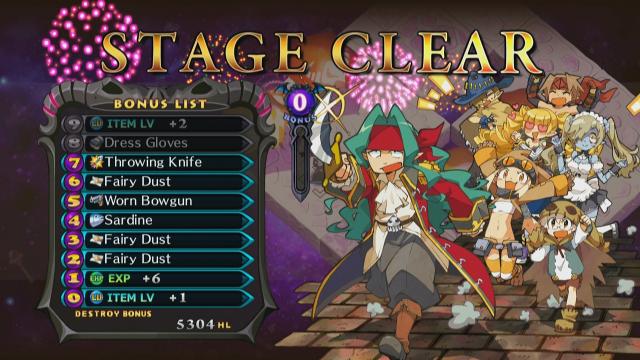 From a presentation perspective Disgaea 5 looks very similar to Disgaea 4, in much the same way that Disgaea 3 looked like Disgaea 2. PR material prior to the game’s release talked a lot about how this game was designed for the PS4 and could not be released on the PS3 or PSVita because of the number of characters being put on the screen. However, I only ever noticed a couple battles where there seemed to be noticeably more enemies on-screen than in previous titles, and I wish the additional power from the new platform had been used in some more consistent ways. It would be great if the larger character limit was given to the player to double the squad limit during battles, for example, but if that is implemented at some point in this title then it takes an incredibly long time to come into play (I thought I had read about this feature before the game’s release, but apparently not).

Disgaea titles are always filled to the brim with content, and so it should be no surprise to readers that I have yet to 100% complete the game. I have thus far managed to get through 14 chapters in 41 hours, and based on the story I appear to be nearing the end, so I would guess I have another 4-5 hours of main storyline still to go, bringing the average main story completion time to between 45 and 50 hours by my estimation.

Disgaea games don’t really end with the culmination of the main story, either. Between the randomness of the item world, improved chara world (designed like a Mario Party-esque board game), and additional side story levels with quickly escalating difficulty curves, those who find themselves enthralled by the gameplay will have more than enough to keep themselves busy for months to come. 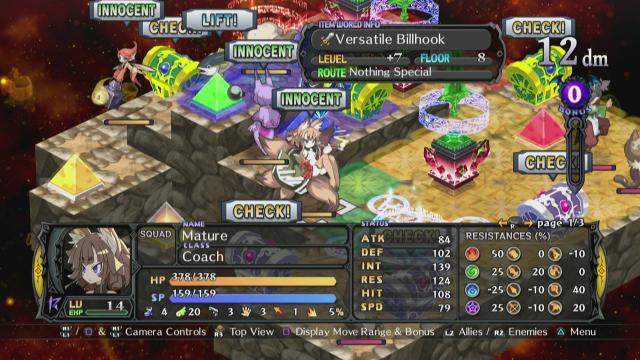 Disgaea 5 is not the obvious revolution for the series that its predecessor Disgaea 4 was from a graphical standpoint, but it does feature meaningful evolution of the series' gameplay, such that both series fans and newcomers should be able to appreciate this entry. Grinding has been made much more optional, which means that Disgaea 5 is accessible without being dumbed down. Expect onlookers to question why you would buy a game for your fancy new machine that looks like it could run on a PS3, but it’s unlikely to bother you much when you have months of superb strategy gaming to keep you entertained.

This review is based on a digital copy of Disgaea 5: Alliance of Vengeance for the PS4, provided by the publisher.

Just check out the Asagi post game battle, that alone could not have been on the PS3 without crashing the system.

I certainly don't buy it, I could see it released on Vita with a less cluttered display.

As with many games, it's not whether the Vita can handle it or not, it's whether the devs can afford (both time, money and tech) to make it work while being financially worth it. you can't just "paste" the game on it and expect it to run well..

Well if the market is there for it (portable gaming in Japan) I don't see why Nippon wouldn't consider trying to port this to the Vita later much like they did with Disgaea 3+4 not to mention 1/2/phantom brave from the psp on the psnstore, there is quite a large fanbase of Disgaea players using the Vita I bet.

My limited edition copy shipped out today from the NISA store! Oddly enough while looking through Gamestop's website, I found the same limited edition that says it's an Gamestop Exclusive even though mine was ordered from NISA.

Watch out, we got a comedian over here!

Disgaea series has never been known for pretty graphics but for its gameplay, story and humor.