Rather quietly, Nintendo has built up a significant collection of indie games on its Wii U console. The latest (and perhaps greatest) is an unassuming platform game called Runbow. Debuting in June as part of Nintendo's "Nindies@Home" promotion, Runbow is a competitive running and platforming game based around changing color patterns. It's also one of the best titles available on Wii U, indie or otherwise.

Runbow is a 2D platformer with a twist: as players run, jump, and fight their way through each level, swaths of color sweep across the screen, making previously invisible platforms and barriers appear and making others disappear. If you're standing on a green platform and the screen goes green, for example, it's lights out. As a result, players need to watch each color pattern carefully, and time each leap with precision. 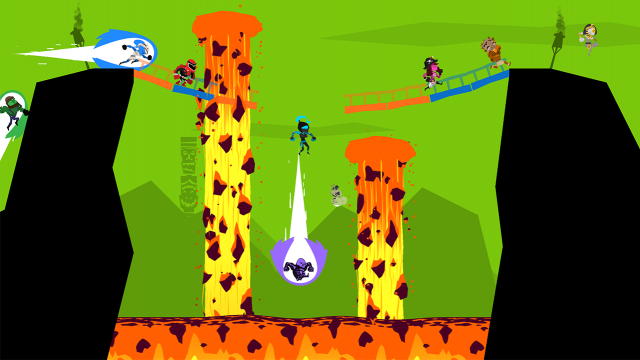 It's a simple gameplay concept, but thanks to the addition of numerous offline and online game modes, it goes a long way. Multiplayer is divided among four modes: Run, Arena, King of the Hill, and local-only ColorMaster. In Run, up to nine players attempt to run to the end of each level to collect a trophy, using jump pads and power-ups along the way. In Arena, which plays like a simplified version of Super Smash Bros., players must knock each other off the stage.

King of the Hill is exactly what it sounds like: players must occupy a zone until a timer hits zero. And ColorMaster allows an asymmetrical multiplayer experience courtesy of the Wii U GamePad whereby a player using the Pad can manipulate colors to prevent other players from reaching the goal. All but ColorMaster are playable online. 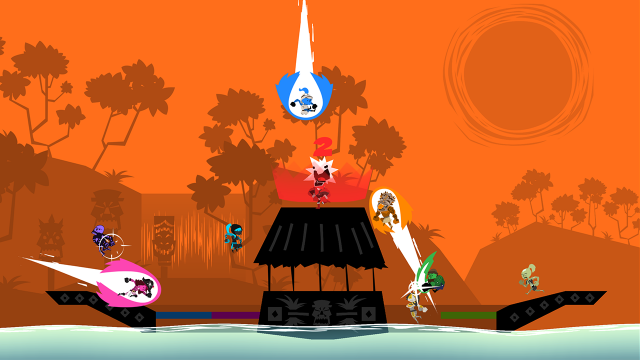 For those uninterested in online and local multiplayer, there are two modes that can be played by a single player: Adventure and Bowhemoth. Adventure mode boasts over 140 levels, all of them with a unique gimmick, mechanic, or challenge. Bowhemoth, conversely, is one long, gruelling level that is not for the faint of heart. Divided into several subsections, Bowhemoth must be completed in a single sitting, which might last anywhere from 20 minutes to several hours depending on each player's skill level. It's a true test of endurance and platforming skill.

Playing through Runbow's six modes will earn players trophies and plenty of unlockable goodies, including costumes and, amazingly, guest characters from other indie games. Want to play as Shovel Knight? No problem. What about Max from Mutant Mudds or Juan from Guacamelee? Runbow has you covered. 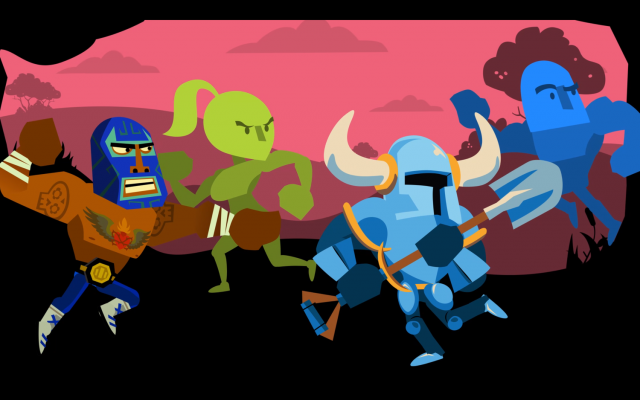 This review is based on a digital copy of Runbow for the WiiU, provided by the publisher.

I like the simple aesthetic. I also want to take the time to talk about how brilliantly intelligent is was for Nintendo to come up with the "Nindie" brand.

Shovel Knight and Juan from Guacamelee? Count me in!
Actually, I played this game's demo and it was fun. I may or may not get this at some point.

Looks really fun, looking forward to it when they release it on Europe.