The Xbox 360 and PS3 versions of Mortal Kombat X have been cancelled. Here's the official statement on the matter:

"After months of development, Warner Bros. Interactive Entertainment has come to the regrettable conclusion that we cannot release Mortal Kombat X for PlayStation 3 and Xbox 360.

Please know our teams worked diligently to meet the quality standards set by the current-gen versions of the game. We were not able to get the PS3 and Xbox 360 versions to the quality expected of a Mortal Kombat game and are very sorry for not being able to deliver the products as originally planned. 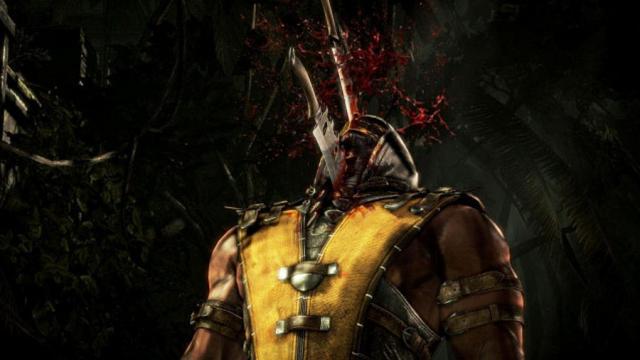 Mortal Kombat X releases on Xbox One, PlayStation 4, and Windows PC back in April. The Xbox 360 and PlayStation 3 versions, which were being developed by High Voltage Software, were delayed back in May, so the writing has been on the wall for some time.

Sorry guys can't make it for PS3 and 360... we can make a Smartphone version though!

Yep. And that smartphone version doesn't even have good graphics!

That sucks, I was looking forward to seeing this. I just assumed it was being saved for the holiday.

Personally, I dont believe quality was the issue. The Vita has a great port of MK with vastly infrlerior specs. This fighting game could have been scaled back for 7th gen. Sales expectations and pre orders were probably really low so it got cancelled.

Second biggest troll of Netherrealm Studios ever after the DLC announcement more than one year ago...

Highly expected. Time to stop backwards porting games created for current generation hardware. Ps3/360 has an impressive backlog to last gamers and will undoubtedly receive digital titles here and there

finally we need to switch to next gen

Really? Mortal Kombat is hardly considered to be a prime example of quality gaming. Sure, the 2011 game was surprisingly good, and MKX was alright other than the PC version and microtransactions, but the rest of the series, from the early 90's through the DC Universe crossover, was okay at best. Say what you want about Capcom, they tend to have great Street Fighter games at least once a decade.

Good things must come to the end, PS3/Xbox 360 should be boxed up and put away.

As they should. Almost 2 years in, time for the late people to switch to the next gen.

Too bad I was looking forward to all those micro transactions

Everybody should've expected this the moment we heard about a late port. I know I was expecting this right away. I'm fully expecting THPS5 last gen to get cancelled too.

Have you seen what THPS5 looks like? Could run on ps2 atm.

And yet Activision has already gimped the content for the last gen version of PS5, cutting out the online entirely.

It's not gonna get cancelled because it'll be hard to make; that's not why MKX was cancelled here. It's because they don't care enough to release a game that isn't gonna sell well on last gen consoles. After all, a garbage version of X is out on smartphones, and this IS the company greedy enough to sell more DLC characters after the season pass ended. Any game that's not a 100% guaranteed success doesn't matter to WB.