No New Elder Scrolls for a 'Very Long Time' - News

It's been more than three years since the release of The Elder Scrolls V: Skyrim but fans shouldn't expect an announcement for a new Elder Scrolls title anytime soon. 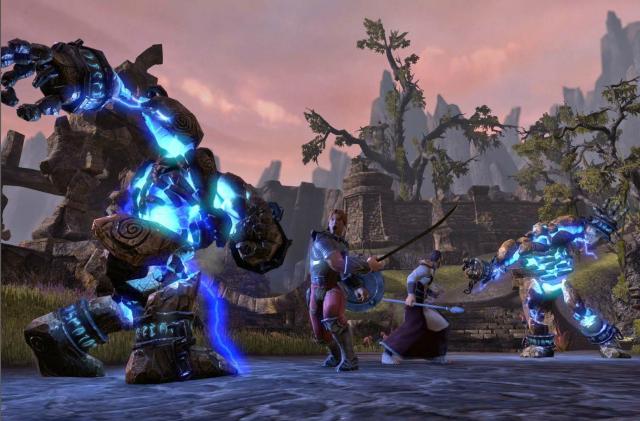 Bethesda’s VP of Marketing, Pete Hines, told DualShockers that there won't be a new Elder Scrolls title for a "very long time."

According to Hine the entire development team is 100 percent focused on Fallout 4, and there is DLC for The Elder Scrolls Online planed through next year.

Well I expect a good 3 to 4 years following Fallout 4. I mean, that's what it took from Fallout 3 to Skyrim and Skyrim to Fallout 4. But if they think ESO is ever going to reach the heights of success that a traditional TES has, I have a feeling they are going to be consistently disappointed. The game has improved but the very negative start has proven extremely difficult to overcome. And even if it does, the MMO aspects will never fully mesh with the single player desires of the fanbase.

No, because unlike you I'm level headed enough to keep up with updates. ESO has no subscription anymore, it's buy-to-play. They've fixed a majority of the problems with the megaserver and other problems with questing and such. But like I said (and as you prove) 1) people don't easily forget bad starts 2) a lot of fans don't want an MMO.

I'm not too surprised. Bethesda is expected to turn out big, expansive, open world experiences. At this point, you're probably looking at around three years of work if it's the project they focus on completely. If they haven't even started developing Elder Scrolls VI yet, I wouldn't expect to see it before 2018 or 2019.

Not surprising. I bet they're already working on it though.

I wish Bethesada would expand and get into another franchise besides fallout and eldar scrolls...maybe even a scifi game...maybe...star trek or star wars?

Makes sense. There was a big gap between Oblivion and Skyrim too. Seems to work well for making the next game bigger and increasing hype when it does actually release.

Only 5 years between oblivion and skyrim.

By that math the next elder scrolls would come out around 2016. Which doesn't look to be the case.

Everyone passionately hates ESO. It is a souless, disgusting mmo bastardization that should not be mentioned EVER when in the same sentence of fallout.
ESPECIALLY WHEN PEOPLE ARE ASKING ABOUT THE NEXT ELDER SCROLLS GAMES. Bioware found out the hard way with the old republic please call them and ask why they dont push it anymore. Pay to play MMO's are pretty much dying....because well simply...if you know the game is gonna end with you taking out your wallet you might have well watch paint dry.

Maybe that'll be enough time to work out the bugs. The game was completely unplayable on the PS3.

False. I owned the ps3 version from launch and never had any major issues.