Forest can be beautiful places, the lush vegetation, refreshing air, and the melodic sounds of wildlife all combining to create a relaxing atmosphere. Forests, however, can also be dangerous places with hidden hazards lurking beneath the calm surface. This is particularly true in Bits & Beasts’ Feist.

Published by Finji, Feist is a short but satisfying platformer that effectively tells the basic story of one small creature’s journey to save its counterpart by traversing a series of hostile environments. 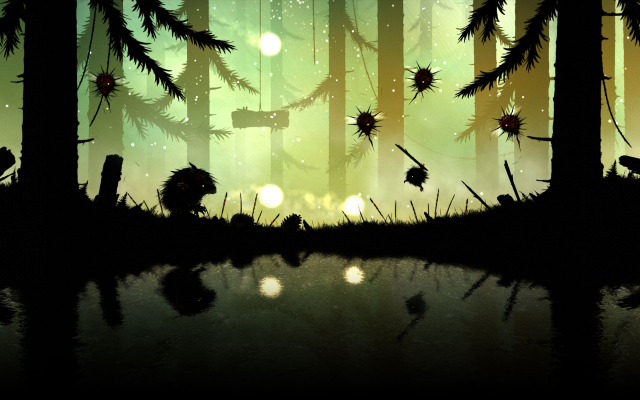 The first thing that immediately catches your attention in Feist is its unique visual style. While not technically impressive, Bits & Beasts has taken a minimalist approach in crafting the world of Feist. If you were to mix Limbo with Where the Wild Things Are you might end up with something that looks a little bit like Feist.

Characters and environments are silhouettes in the foreground, while the various backgrounds effectively convey the beautiful, mysterious, and oppressive atmosphere through different shades of colours. While playing Feist, it's easy to feel as though you're interacting with a live painting rather than a video game. 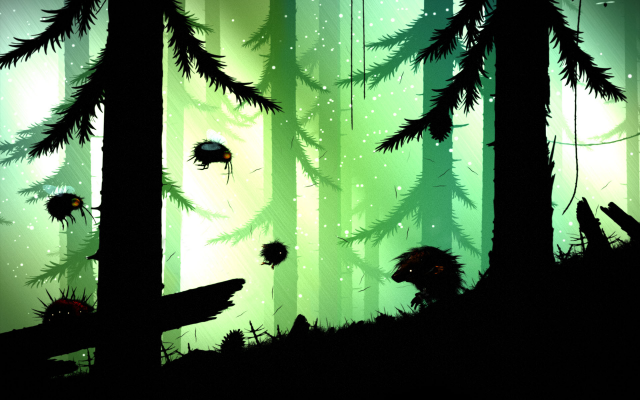 Much like the visual style, the gameplay in Feist is also quite unique, but somewhat simplistic. Generally, you'll travel from left to right while attempting to avoid traps and other obstacles. The strange creature you control has a handful of moves that will help you out during the adventure, such as being able to pick up and throw smaller items like rocks and pinecones. He can even pick up certain enemies and then use their abilities to his advantage. However, he doesn`t get new skills as the game progresses like other games in the genre, but instead must rely on new ways of using his basic moves to tackle increasingly difficult hazards.

The physics-based gameplay and enemy AI is what really sets Feist`s gameplay apart. While playing, I noticed that enemy paths were not pre-defined. Instead, enemies feel like they move organically and react to the moves that you make, particularly the bosses found at the end of several levels. This makes for often frantic and exciting encounters where you really have to think a bit before finding a suitable strategy. Because of the nature of the AI, every enemy encounter feels fresh and a little bit different. 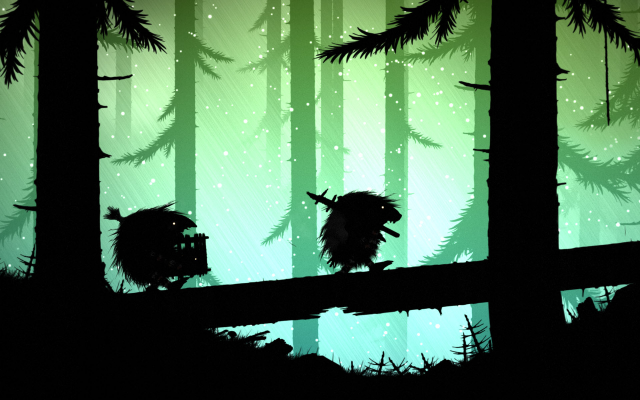 Feist’s gameplay and visual design is supported by a wonderful musical score that really enhances the game's atmosphere and proved to be my personal favourite part of the game. Suitable tunes will accompany you through the varying environments and they underscore the mood of a mysterious forest full of dangers. Each musical piece is memorable and helps establish Feist as an artistic piece as well as a video game.

The narrative is not as accomplished and is actually quite basic. Your character frees himself from captivity and must follow hot on the heels of his captors in order to save a loved one. No context is given as to why they have captured you in the first place or who they are. Players who appreciate a vague story may appreciate this narrative style as it allows the player to fill in the blanks, but really it just feels like a partially filled-in canvas.

It also only takes a couple of hours to complete Feist and, unfortunately, there's also not much incentive to go back and relive the experience, bar any desire to collect all of the Steam achievements. 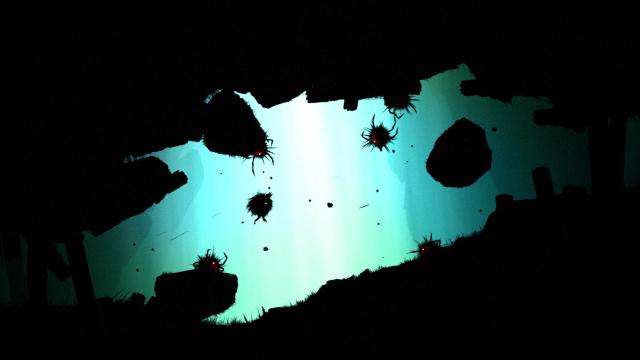 Ultimately, Feist is best viewed as an artistic piece as well as a video game. Its strength lies in its unique visual design as well as its impressively evocative musical score. This carves the way for intense and often evolving enemy encounters that force you to make quick but intelligent decisions. Feist isn’t a game for everyone, however. Those who need a strong narrative or a lengthy, replayable experience will end up being disappointed, but as a platformer with powerful music and unique visuals it's well worth adding to your wishlist.

This review is based on a digital copy of Feist for the PC, provided by the publisher.

Looks beautiful, Is very short but I still remember how great was Limbo and that game was very short too so I might give it a try.

Have this on my Steam wishlist, and your review pretty much confirms what I expected the game to be like. I will definitely buy it, but probably only during a major sale given its short length and lack of replayability.

Sounds kinda like Ori, except the length and replayability (I assume).