Developed by a small team of three, psyscrolr is clearly a labor of love. The pixel art is charming, smoothly animated, and inviting. The voice work, however amateurish, is presented with enthusiasm. The game's story is heartfelt. The problem is that psyscrolr, despite its creators' obvious pride, falls flat in the most important area: gameplay. What's worse is that the game is rarely, if ever, fun to play.

In psyscrolr, players take control of Scrolr, a young boy who comes into contact with a mysterious presence from another world. Granted with psychic powers he never asked for, Scrolr is banished from his village into a strange land. Once there, the boy travels, via doorways, to three unique levels, all the while accompanied by the chatty otherworldly power that turned his life upside down. 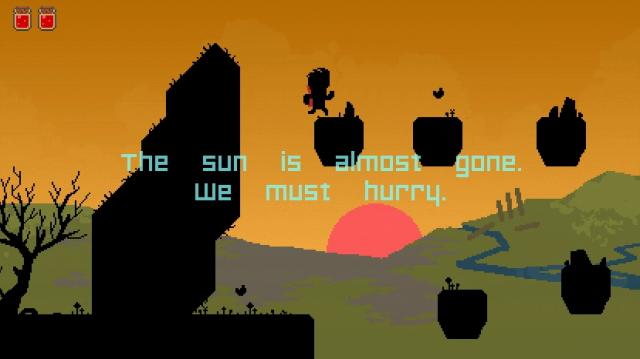 Despite its failures in mechanics, physics, and general game design, psyscrolr is undoubtedly charming. The pixel art has a breezy simplicity, with bright colors and diverse environments. One particular stage, a clear homage to the silhouetted levels from Retro's Donkey Kong Country series, is particularly striking.

As its punny name implies, psyscrolr is a side-scrolling action game. The gameplay consists of equal parts platforming, combat, and puzzle-solving. Holding the entire production back, however, are several issues: poor collision detection; confusing and sometimes maddening puzzle design; and, throughout the entire game, a clumsy, non-intuitive control scheme that makes everything from jumping to fighting needlessly difficult. 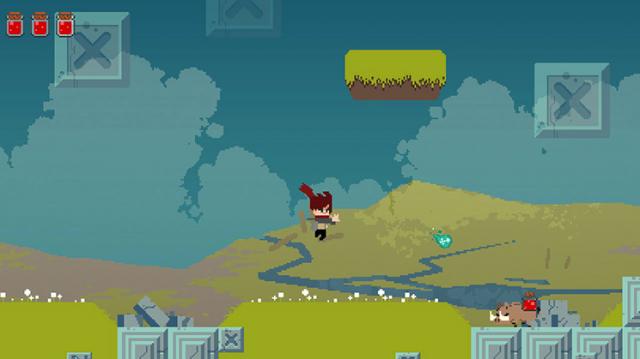 Jonathan Meyer, Scott Hitchcock, and Jared Cohen, the three men who developed psyscrolr, made a noble attempt to take advantage of the Wii U GamePad when programming their game. Players shoot a psychic fire ball by pressing anywhere on the Pad or can perform a melee slash by pressing on Scrolr. It's an interesting gameplay conceit, but it makes moving, jumping, and fighting simultaneously almost impossible. Since the jump command is mapped to the L button or the A button, and movement mapped to the left analog stick, players will need to do some finger acrobatics to make Scrolr run, jump, and attack with any coordination. Left-handed players are especially ill-fated.

This uncomfortable control scheme turns especially ugly during the final boss battle, which represents a massive difficulty spike. In this fight, the hero must dodge enemy projectile attacks, take cover, and counter-attack in quick succession, something that's impractical with the current GamePad control scheme. 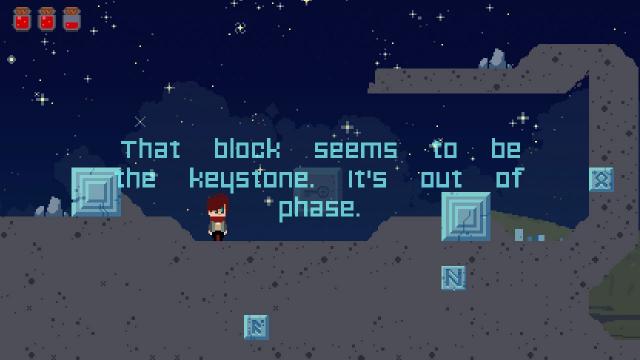 As frustrating as the final boss battle is, it's no match for the soul-crushing exasperation that arrives with the touch-screen puzzle in world 1-3, a scenario so devilish that it deserves its own paragraph. In this particular stage, Scrolr must move arrow blocks through a labyrinthine maze toward a key block. Doesn't sound too difficult, right? Wrong. Every time an arrow block grazes a wall, it self-destructs, forcing players to return to the block's original position and try again. This wouldn't pose too great a problem if it weren't for some truly abhorrent collision detection and for touch-screen navigation that demands pixel-perfect placement and precision. Even the world's most gifted brain surgeons would have trouble making it through this gruelling challenge.

And, in the end, gruelling might be the word that best summarizes psyscrolr, a charming game with a big heart that nevertheless dishes out huge helpings of frustration and confusion. With clumsy physics, awkward touch-screen controls, broken collision detection, random difficulty spikes, and baffling puzzle design, it's impossible to recommend this game, no matter the enthusiasm and energy of its creators.

Gz on your first review Veknoid :)

Pshaw, I knew of Veknoid Reviews before it was popular. tosses hair to the side

Crap, too bad I didn't read this yesterday. I saw this game on the eShop and thought I would support an indy dev doing something with the game pad. Purchased it without even looking at the screen shots. Oh well I think I only spent 3 bucks.

I swear you were conegamer.

Still miss scores. You can get your point across while still scoring a game.

As a southpaw I'll take that challenge. It couldn't be worse than running in the Mummy Me Forever dungeon.

Glad to see reviews without a score. This is how it really should be done 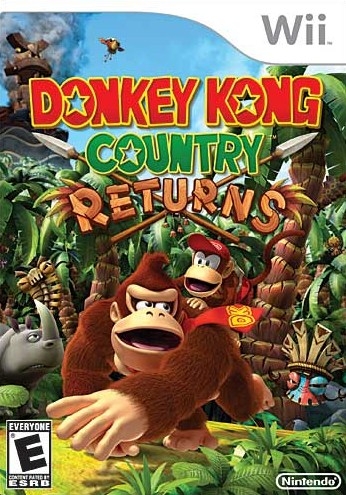