There are a growing number of indie games that will grant players wondrous, creative experiences that a big publisher too focused on the bottom line wouldn’t dare try. But what happens when one of those big publishers allows its creative minds to work on a completely different type of game, atypical from that publisher’s popular fare? In Ubisoft’s case, we get Child of Light, and if this game is anything to go by, it's an approach other big-name companies should also be trying their hands at. 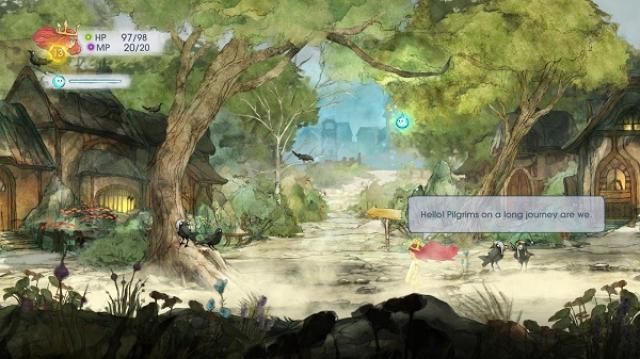 Child of Light places you in the shoes of Princess Aurora, a young girl in late 1800s Austria who succumbs to a mysterious ailment that puts her to sleep. In the real world, it appears to her father (the Duke) and others that Aurora has passed, but in actuality, Aurora ends up in a mystical land called Lemuria. Lemuria is suffering because the sun, moon, and stars have been stolen by Umbra, the Dark Queen. Aurora is tasked with saving Lemuria and returning back to her own world.

This synopsis doesn’t sound like a particularly innovative piece of literature, but the way Child of Light presents it is one not often seen in gaming. Aurora’s adventure is spoken entirely through poetry – each character’s dialogue is interwoven into one massive rhyming poem, giving it the vibe of an old stage play. The dialogue changes between different styles of poetry, but is generally easy to follow and it is a joy to see the game’s writers showing off their wordsmith abilities. Players who don’t like this style may be put off by the incessant need to rhyme, however.

The art style also makes Child of Light shine. Using the UbiArt Framework engine, Child of Light is a breathtaking, beautiful experience. To fly through Lemuria is to fly through a vivid painting, one that accentuates both the brightness and darkness of Lemuria literally and Aurora’s predicament metaphorically. The musical score is great as well, as the songs hint at the drearier side of Child of Light that is belied by the name. 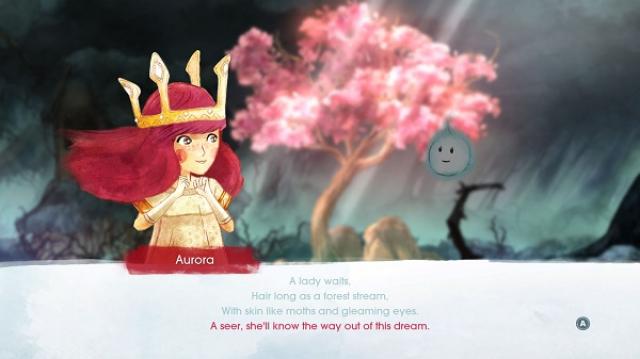 On the gameplay side, Child of Light is billed as a platformer/RPG hybrid. Aurora navigates a 2D map where she can run and jump to traverse obstacles. The player also controls Igniculus, a floating blue flame sprite that assists Aurora on her adventure. Early on in the game, Aurora receives the ability to fly, which reduces the platforming elements to an almost non-existent state. There are still some challenges from the genre, such as pushing a button to retract spikes and flying through before the time runs out, but the game ostensibly drops its platforming elements once the ability to fly is learned, which is disappointing.

The RPG mechanics, by contrast, are much better. Enemies can be seen on the overworld and a battle will be initiated when contact is made. The battle system allows one side to surprise the other, with the ambusher getting the first move on the ambushed. This is where your compatriot, Igniculus, comes in. The floating blue ball of fire can stun enemies by hovering over them and using his power, which lets Aurora get into position to initiate a surprise attack. Once in battle, your two party members will be able to attack, defend, cast spells, or use items. Child of Light includes a casting bar at the bottom of the screen in every battle. Each combatant in battle is represented on the bar by an icon. During the wait section of the bar, characters cannot take any actions. Once the icon reaches the start of the cast section, the character can choose their action. Depending on how long the cast time of their action is, the icon will then move to the end of the Cast section, at which point the action is commenced.

The timing of the casting bar allows for some sophisticated strategy. One of your main goals should be to attack an enemy while their icon is in the Cast section – doing so will interrupt their action and force their icon back to the start of the casting bar (note that the same treatment can be done to your party, so pay attention to where everyone’s icon is). Igniculus becomes the key to victory here, as he can use his stunning ability to distract an enemy, slowing down the rate at which its icon moves along the casting bar. This allows you to time your attacks so that you can continually interrupt the enemy’s actions, thus keeping your party healthier. Igniculus’s energy isn’t infinite, however. It must be recharged by collecting blue colored orbs hidden throughout the level, as well as during battle. You can also find purple and green orbs in this manner, which regenerate your Health Points and Magic Points. 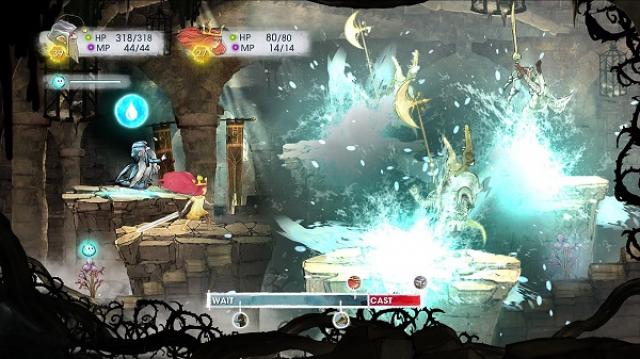 Once the battle is complete, party members gain experience points for their troubles. Once enough EXP is acquired, they level up, and after each level up, party members gain skill points. These skill points are spent to unlock new attacks, spells and stat upgrades on a skill tree. Each skill tree has multiple branches, and as you work your way through a branch, you’ll gain access to more powerful abilities. Outside of battle, weapons and defenses can be upgraded using collectible Oculi or gemstones.

One major issue with the battle system is that it will be too easy for an experienced gamer on Normal* difficulty. Leveling up happens too frequently and there are few times where you’ll feel any sense of danger. Those gamers should play Hard mode to face a challenge. Normal is best reserved for those who wish to enjoy the story without being taxed by battle.

The game can be beaten rather quickly, especially in Normal mode. A playthrough in that mode may only take about six to eight hours, more if you are searching every nook and cranny for items. Beef up the difficulty and the game will likely take you at least ten hours to complete, as the battles become more challenging. Though that’s short for a typical RPG, it works out just fine for the game’s $15 price tag. 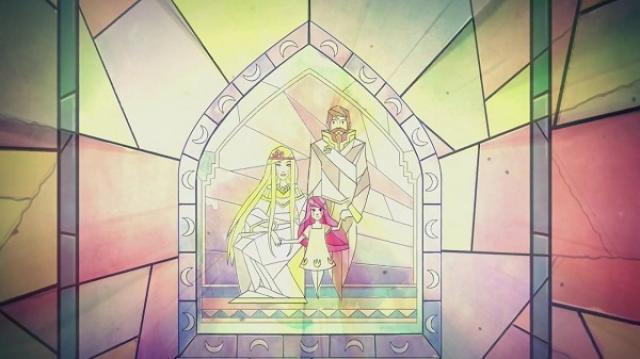 Child of Light is a fanciful game that shows what great presentation can mean to a game. It even has a battle system with enough depth to keep the less artistically-inclined gamer interested. It’s a neat little game from a big publisher, and it should get your attention, if not for its looks or gameplay, then to show the big-name companies out there that we, as gamers, enjoy these little creative gems just as much as we do our AAA franchises.

*There is an upcoming patch that will change Normal mode to “Casual” and Hard mode to “Expert”.