Among the Sleep (PC) - Review

Survival horror games have had something of a resurgence over these last few years, with titles like Amnesia: The Dark Descent showing the games industry how to scare players and make a profit in the process. With Among the Sleep, Krillbite Studios looks to capitalise on this renewed interest in the horror genre, and they have made one key change to ensure their game gives a new twist on the formula: you play as a child. 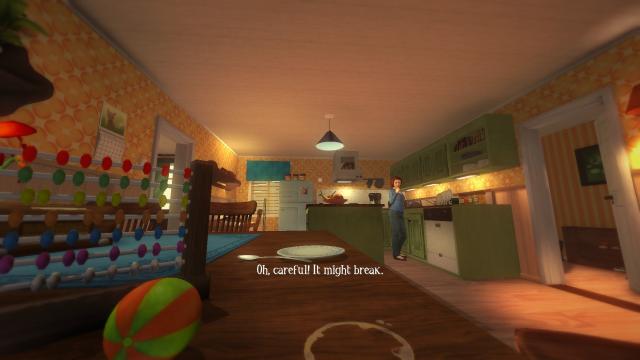 Playing as a two year old may not sound like a big change for the horror genre, but trust me when I say it definitely gives a fresh perspective on the tried and tested formula. With your unique height and stature, the whole world changes in appearance, with cupboards becoming scary due to the coats within them, or something as simple as opening a door becoming a challenge in itself. Combine these inherent environmental challenges of being small bring with a core mechanic of trying not to make any noise, and you have a recipe for intensity throughout the whole game.

Among the Sleep starts out by introducing you to your mother on your second birthday as she feeds you birthday cake. It seems she’s a single mum, as there’s no one else to be seen. Eventually, it's time for bed, but not before play time, where you’re introduced to the tutorial on how to play through Among the Sleep. Not unlike other horror games, Among the Sleep allows you to interact with your environment, meaning you can open draws and doors like you would in Amnesia. Given your short stature, this will come in good use as you traverse cupboards and shelves by moving objects in the environment to a more suitable location. 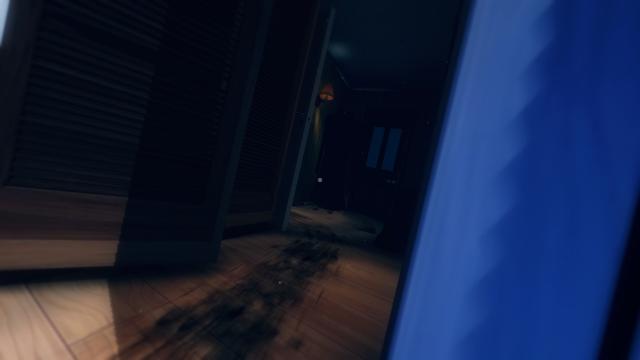 Things soon start taking a turn for the worse when your bed is thrown over and your teddy is lost, so you start to explore your house, looking for your mother. Among the Sleep's ability to make an ordinary setting extremely creepy is easily one of its key strengths; everything in the house has the potential to cause a jump or a scare, from washing machines whirring louder than usual, to glasses falling off of tables, everything is out to scare you, but it does so with only differing success. The environment also plays a part in the gameplay, as your size counts against your progress throughout the world, with door handles being too tall for you to reach whilst standing up, causing the player to search for a stool or chair to move into place. In doing this, you’re causing more noise, making the atmosphere all the more intense.

The environment changes over the course of the game, with the child's imagination taking centre stage. You may be crawling through a swamp one minute finding keys and puzzle pieces, and the next you’ll be in corridors within an old Victorian house. These varied environments enable the developers creative freedom to mess with you psychologically by setting up instances where you know you’ll be scared. It also allows for more creative freedom in the realm of sound design - a wide assortment of sounds will both creep you out and worry you as you progress through stages. There were a few times, for example, when I was positive that I could hear foot steps behind me, only to find there was nothing. 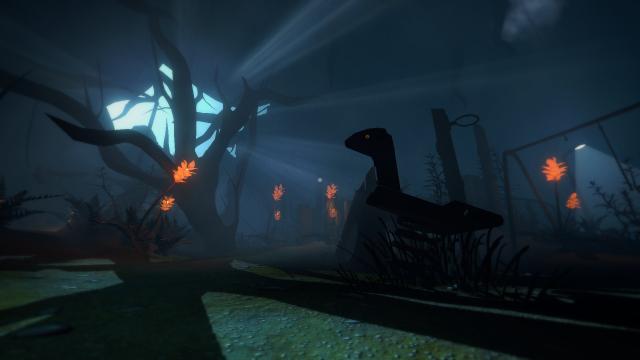 Whilst the premise and environments are fantastically thought out and realised, the story falls short of being as good as it could have been. Weighing in at only two hours, I found that a lot of the ideas that the game's narration hints at are never truly capitalised upon, and so I felt no ultimate crescendo by the end of the game, despite the fact that the ending itself is quite good. To give just one example of this: one of the worlds/environments features a monster that tries to find you as you explore your surroundings. This monster is featured for just 10 minutes of gameplay before you quickly move on to another environment that the monster is not present in. It’s a shame that the developers spent so much time working on the monster and the unique scenario that it created only to not explore the idea to its full potential.

The score and overall sound design are integral aspects of any horror game, as they both help to build up the title's atmosphere and set the stage for proper scares. In Among the Sleep, the sound effects are great, but buggy at times. There were a few instances where the music would skip, or sound effects would repeat but wouldn’t finish before repeating, meaning I was left with a glitchy sequence for a few minutes every now and then. This isn’t a huge detraction from the otherwise fantastic sound design, but it is something that's definitely worth noting. 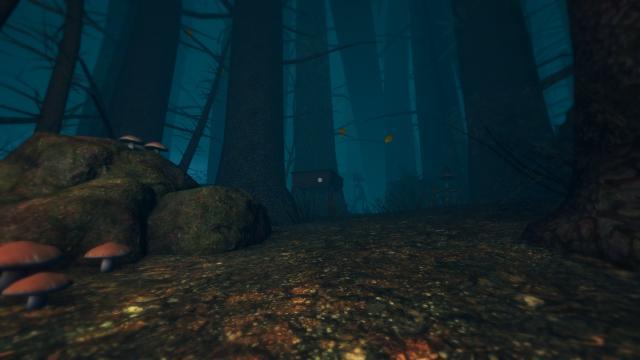 Among the Sleep starts out with huge potential, creating a world that is viewed from a truly unique perspective. But where it starts off on a high, the short story, lack of depth, and occasional bug all comes together to make for a slightly numbing experience; it feels like there's no journey, no resolution, and a lot of unfulfilled potential. It’s a great first attempt from Krillbite Studios, and Among the Sleep is host to a brilliant concept, but it's one that needed to be more polished and better realised. 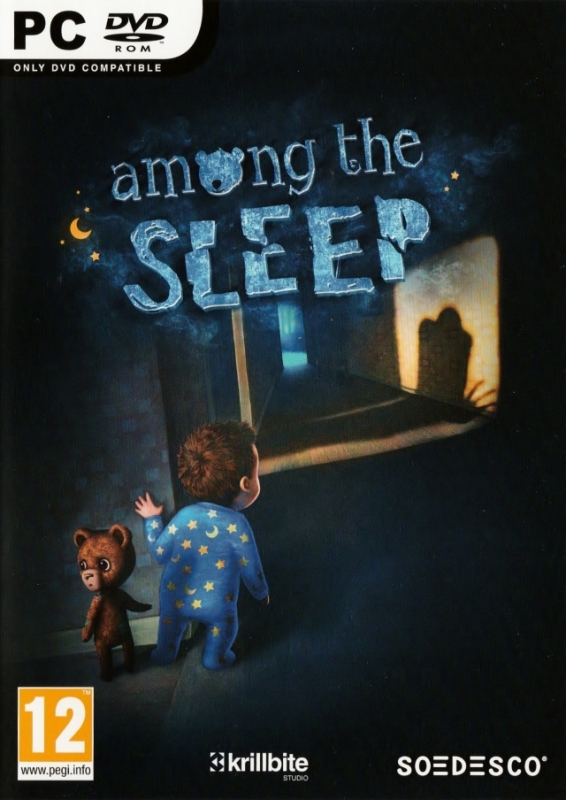