Given its high profile nature, the core elements of Evolve should be relatively common knowledge to almost anyone reading this review. It's garnered enormous amounts of attention over the past 6 months; much of it, in recent weeks, has been negative, and that's due mainly to Turtle Rock Studio's unpopular plans for character and monster DLC. And yet, even with a poor DLC model looming overhead, Evolve offers one of the most original and exhilarating experiences in gaming.

Like most of Turtle Rock's previous shooter ventures (Half-Life 2: Deathmatch, Left 4 Dead, Left 4 Dead 1 & 2 DLC), Evolve doesn't so much offer a complete narrative as it does a backdrop to where the action takes place. On an alien planet known as Shear, humans have begun colonizing what is a garden world. Unbeknownst to them, the planet is actually inhabited by a number of vicious creatures, as well as the titular monsters that evolve by feeding off of the wildlife. Wanting to eradicate the threat so that they can have the planet for themselves, the colonists call in Hunters that are specially equipped to deal with these alien beings.

While there's no real explanation of how the colonists found the planet or the origin of the monsters themselves, Evolve provides just enough plot to keep the multiplayer and solo modes interesting. As in the Left 4 Dead series, character interaction amongst the Hunters is where most of the narrative is to be found, but even these lines of dialogue only happen pre-mission and are, more often than not, just amusing snippets of conversation. Each Hunter is nonetheless given a distinct personality through their unique accents, equipment, and personas, with more revealed through each pre-mission drop. They fit every stereotype under the sun: there's a dumb, hulking Russian; an overly British robot; and an Australian trapper that's straight out of Jumanji. Even though there's no real campaign to flesh the 12 characters out, you feel like you know them after putting in a couple of dozen hours' worth of hunts and evacuations.

Evolve really shines through its gameplay. The game is played from one of two perspectives - the Hunters or the monster - with both playing differently. Whether playing solo or multiplayer, two main modes are available to play: Skirmish, which is the basic 4v1 hunt, and Evacuation, a five day (rounds) campaign where the Hunters compete against the monster for the fate of a colony. As the Hunters, you'll need to work as a team to hunt the monster, destroy its eggs and minions, rescue civilians, or evacuate an entire colony. In order to find the monster, the Hunters have access to specialized equipment, but they can also use Shear's landscape to their advantage, scouring the land for birds that have been scared off by the monster, trees it has knocked over, corpses it's left behind, and most helpful of all, its tracks. In each mode, Hunters can only be downed twice before dying outright the third time, and once a Hunter dies, a countdown will begin that will allow the dead Hunter to use the drop ship and rejoin the fight. Great care was put into the balancing of the game during the technical test, alpha, and beta, and it was well worth it, as either side always has a chance to win.

While Skirmish allows for quick hunts, Evacuation is the more robust of the two; it not only features objective-based gameplay, it also dynamically alters the world of Shear between each round. If the Hunters win a round, then during the next one they may receive help from the surviving colonists, a ship may lay chemicals down to more easily attract the monster, healing pads might be constructed, and so on. The same goes for the monster. Turtle Rock boasts there are over 800,000 variables available in Evacuation, and although this figure is impossible to confirm there are certainly a huge number.

The Hunters come in four classes, with three characters per class, and each class holding a distinct play style and job for taking down the monster, as well as each class being equipped with jet packs. Assault is the main damage dealer, using a range of weaponry like battling guns, chain-lightning guns, and flamethrowers, as well as mines, grenades, and a personal invulnerability shield that lasts a short while. Medics use sniper rifles and tranq guns that will create targets on the monster for critical hits and slow the monster down, respectively, as well as healing individuals and the group, or having a glove to resurrect dead teammates without waiting for the drop ship. Support is equipped with a stealth field generator and a range of buffing or rebuffing weaponry like a gun that provides a shield to teammates, an orbital missile drop, and UAV or turret drones.

Lastly there is the Trapper, who is arguably the most vital to the team, though without proper teamwork from all members the Hunters don't stand a chance. Trappers have a range of SMGs and shotguns at their disposal, but most importantly they are equipped with items that are used to track and trap the monster. Each class feels unique, allowing for people to find a playstyle suited to their liking, and there are even more options available through the three different characters within each class.

Teamwork amongst the Hunters is the key to victory, and without it you're going to have a bad time. Many frustrating matches will be had if you have a Trapper who doesn't throw the mobile arena out fast enough, an Assault who likes to run off alone and attack every moving creature, or a Support who doesn't know when it's time to use his cloaking field, run away, and wait for the drop ship to respawn the other three characters. That said, once you get in sync with a team, some of the best FPS action in the genre awaits you.

Played from a third-person perspective, the monster comes in three varieties, with the heavy-melee based Goliath being the default type available. Aside from the Goliath there's the ranged Kraken and finally the lightning fast and deceiving Wraith. Each monster has four abilities at its disposal, with the player able to choose three at the beginning of most rounds. Similar to the Hunters, each has its own playstyle that offers a decent amount of customization, but considerably less than the 12 Hunters and their varying equipment.

The monster must feast on wildlife and will evolve once it's eaten enough, allowing you to rank up abilities or unlock the one you chose not to start with. Once a round starts, the monster will have a short time to escape from the dropzone, but must be careful to not reveal its presence. All three monsters can sneak, which is considerably slower than running or using their jumping, gliding, or teleporting abilities, but traveling at full speed leaves tracks and scares birds, which will quickly reveal your location to the Hunters. This can be used to your advantage, however, as it can be utilized a source of misdirection. You can scare a flock of birds leading in one direction, only to double back while sneaking to confuse the Hunters. There's a great deal of strategy when it comes to playing as the monster, especially since you don't have any teammates to back you up and being discovered before you've at least had the chance to evolve once means a quick death most of the time.

Evolving takes a bit of time, requiring you to track wildlife with a smell ability that highlights creatures on your screen. Most creatures only fill the Evolve meter a small amount, but larger creatures that are more hostile and dangerous will fill the meter more quickly. The evolution process itself takes some time as well, and if not done in solitude can lead to a quick round in favor of the Hunters. At each two subsequent stages of evolution, the monster gets three more points to increase its skills, making it a formidable opponent at stage two and at stage three. While there's a bit of learning curve, once you've gotten a decent handle on the monster's mechanics and keeping yourself hidden, playing and winning as the monster is highly rewarding. Like playing with an inexperienced team of Hunters, if you are still getting to know one of the monsters or happen to face off against veteran players, then some terribly frustrating and raging-inducing times await you. Once you get the hang of the three monsters, however, it's a blast to tear apart a team of Hunters.

Level progression happens in two ways. First, there's the overall player level, which grants you different perks like added damage, jet pack recharge, or jump distance for either the Hunters or monster. Second, each character's abilities can be ranked up three times, with all three of the character specific abilities or equipment having to reach level one before the next character in a class or monster is unlocked. Unfortunately, level progression is much faster with the Hunters, which makes monster progression feel a bit tedious. Luckily, level progress crosses over between multiplayer and single player, which relieves some of the repetitiveness of grinding for level. The other major downside of the levelling system is that other players will often attempt to level up certain equipment in multiplayer matches (rather than properly playing their class), which can result in an easy victory for the monster.

Evolve's visuals are impressive. Shear is a beautiful planet filled with lush wilderness, ranging mountainsides, and gaseous bogs. It's difficult at first not to stop and take in the landscape, as an incredible amount of detail can be seen around Shear. Each of the 16 maps has a distinct look, and features different advantages and disadvantages for both sides. The character models are some of the most beautiful I've ever seen, and the textures and lighting are incredible, making each character come alive and giving the monsters an otherworldly glow. The Kraken and second Trapper are my personal favorites - the former looking very Lovercraftian and the latter being the spitting image of one of my favorite villains of all time, Van Pelt of Jumanji fame.

The music is also fittingly crafted for both sides of the hunt, switching between suspenseful tones and exciting beats, though the Nolan-esque horns can become a bit much. Although stereotypical, the characters are voiced authentically during their interactions before dropping into Shear. There's actually a fair bit of dialogue between the 12 characters - usually only two or three of them will interact for a short time, and I've yet to hear a repeat conversation.

Evolve has gone through many evolutions (hur dur) since the first technical test. The 4v1 formula works incredibly well across the game's four different modes, giving an equal chance to both the Hunters and monster, even if there's a bit of a learning curve. While a loss will definitely be spirit crushing at times, those gaming highs when you evolve to stage 3 and utterly crush a group of Hunters or take down a monster before it even has a chance to feed on enough creatures to evolve are nearly unmatchable. Though the prospect of having to pay for more characters and monsters isn't exactly desirable, dozens and dozens of hours can still be spent with what Turtle Rock has provided at release, especially with the dynamically changing Evacuation mode and promised free map and game mode updates. Whether you are vehemently against these types of DLC practices or you couldn't care less about them, do yourself a favor and pick-up Evolve at some point; you won't regret it. 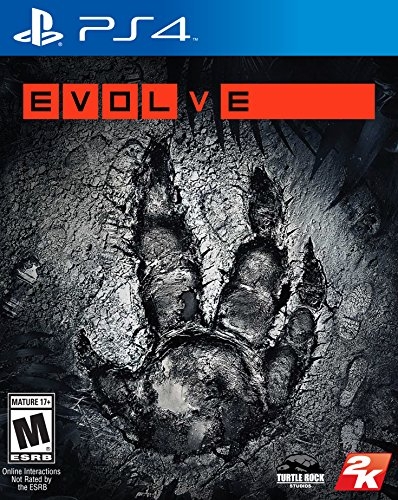