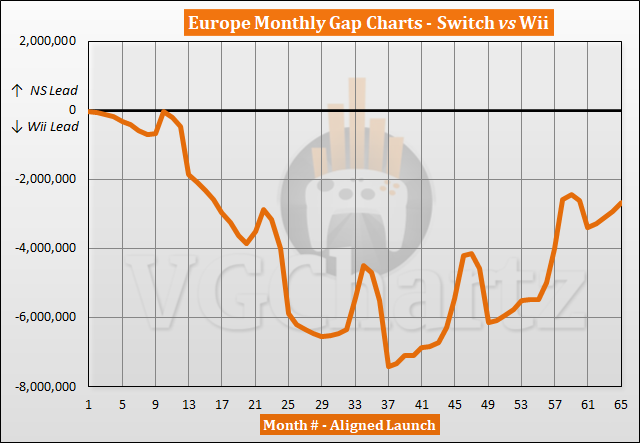 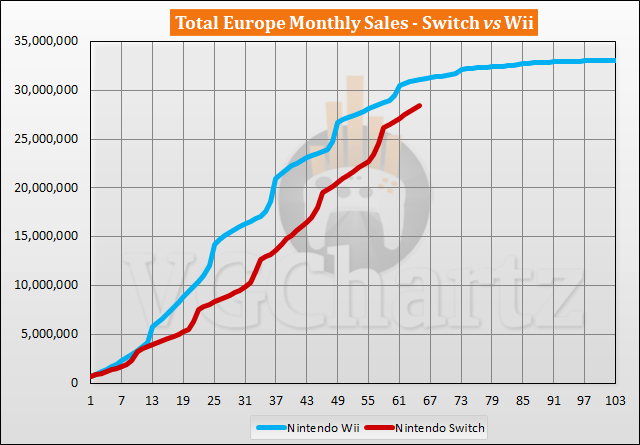 July 2022 is the 65th month that the Nintendo Switch has been available for in Europe. During the latest month, the Switch caught up to the Wii by 248,704 units.

The 65th month for the Nintendo Switch is July 2022 and for the Wii it is April 2012. The Switch has sold 28.46 million units, while the Wii sold 31.01 million units during the same timeframe. The Wii sold current Switch sales in month 58.

Fall/holiday season seems to boost it about 2 to 2½ million each year.
Considering a new Pokémon is coming out as well, it's possible the Switch just might pass the Wii before New Year's.