Bhardwaj stated video game consoles are here to stay and playing games via cloud streaming is not a replacement, but is an alternative.

"Some people are always going to love playing on consoles, having a console in their living room to download and have that experience," Bhardwaj said. 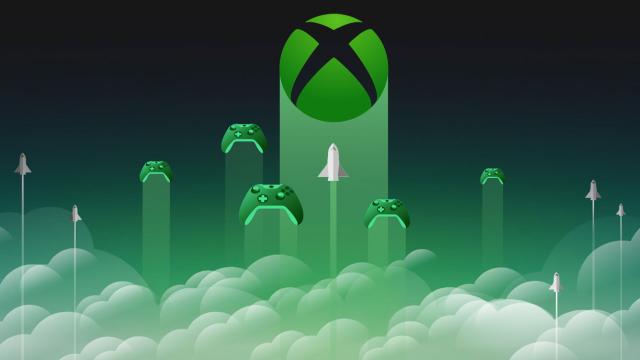 "I love consoles -- this is just another route, another option to open up gaming to other people. It's not that one is a detriment to the other, this is more of a rising tide, and it's a really good place to be in to offer all these different opportunities. There's still PC, and there'll be new form factors that come out in future.

"Consoles are beloved, and cloud gaming is just a great alternative."

Microsoft has expanded its first-party lineup of Xbox titles outside the console market in recent years. The company now releases all of its first-party titles on Xbox consoles, PC, Xbox Game Pass, and Xbox Cloud Gaming.

Man sucks to be a land gamer. Jokes aside, I do think cloud gaming is going to be the future just like digital, and I am kinda sad.

I think Microsoft would just like to have their fingers in every aspect of gaming: console, PC, mobile, cloud. They would like to be everything to everyone

It makes plenty of sense from a business perspective. If Microsoft ignored mobile and cloud, they might as well be giving up the opportunity to someone else like Sony, Nintendo or another company large enough to take a shot at it. Sure, those will never be the main way of playing games, but why not make sure to have every option covered before someone else does? If it ultimately fails, they don't lose much, if it takes off, they were pioneers.

They're not even mutually exclusive. I do cloud gaming ON my console.

It's a great way to try a game before deciding if it's worth the time and the space for the download.

It's also a great way to experience an infrequently played game, especially a single-player or a turn-based game, rather than having it installed all the time.

If Microsoft are still recommending using cached mode vs online only mode in office 365 corporate environments who have excellent connectivity and a high speed network then there is no way on earth cloud gaming will ever succeed. Until they sort out their corporate products its going to be a poor product and may well end up setting back their plans.

Shut up and release a handheld already. Fcck.

I don't expect cloud gaming to be the only way to access games, even when it gets to a point of running 1:1 with a native version. Too many people will be left out and that's not what their goal is. They want as many people as possible playing their games with as many options as possible.

One should always tread carefully.

They’ve been saying this for years, people just don’t listen.

No, but TVs, PC, and Mobiles will some day.

its going to sooner than later!

Why? It is merely an alternative. As long as it is not pushed down our throats having options doesn't hurt.