In my last review I talked about how Ghostwire Tokyo disappointed me as a horror game, and that I eagerly awaited something new in the genre. Just one month later, Nippon Ichi Software provided exactly what I needed. I was impressed and moved by the first Yomawari on the PlayStation Vita back in 2015, and seven years later the concept is still as powerful in Yomawari: Lost in the Dark. 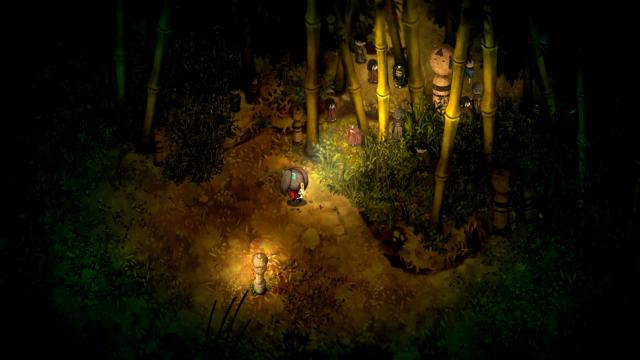 The visuals and gameplay in the Yomawari series are so simplistic that they used to be cited in indie games columns in Famitsu. You control a young boy or girl (in isometric 3D) who roams a city late night, which of course proves to be incredibly dangerous. Numerous ghosts & demons roam the city as well, and you need to avoid them while searching the town for your memories. You gain one memory when finding a lost item belonging to your character. All of these items are needed to lift the curse that is falling upon you... and the clock is ticking. 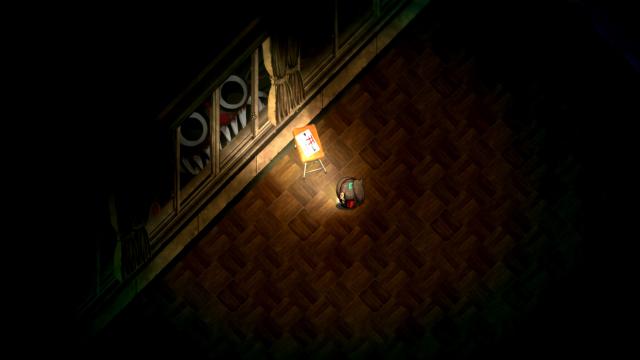 Yomawari: Lost in the Dark does indeed look like your average indie game, thanks to modest backgrounds and basic animations. Yet it punches above your average horror game's weight in terms of atmosphere and scare. The game is almost entirely silent. This lack of background music aims at creating a false impression of security, which inevitably provokes great jump scares when the silence is eventually broken. Eerie sounds can be heard around every corner of the map (chilling laughter, indecipherable mumbling, cries of agony...), but the anguishing part is that you can't always see the source of the sound. Some ghosts can only be seen by pointing the torchlight at them, and most places are very dark, which puts you on edge. 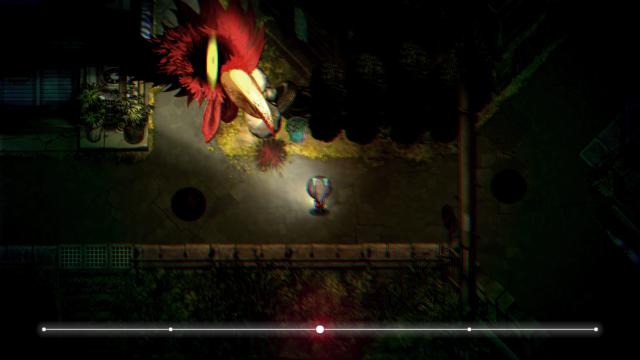 Yokai monsters can jump from nowhere (and kill you), which will likely make you jump too. But, more than the sudden scares, it's the deeply horrific design and the flurry of disturbing details that really engulf the player in Yomawari's intense atmosphere. Blood-written messages, distorted paths, horrible shadows, threatening puppets, giant heads, monstrous birds... fear takes a lot of different forms and is renewed in every chapter. You don't have the time to get used to game's tricks before another spooky surprise shows up; you're constantly travelling into the unknown, so the pressure never lets up. 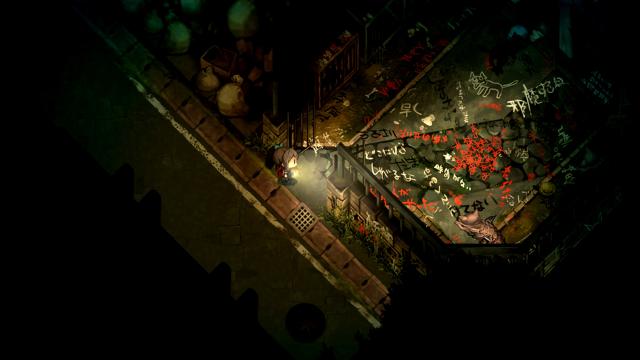 Another key aspect of Yomawari is the contrast between the main character and the brutality of the world around her. The setting has a childish tone: you play as a kid, the game menus look like children's drawings, and the dialog is fully in hiragana (hiragana are typically used by children in Japan until they're able to learn kanji). In stark contrast your character suffers bloody deaths and labours under a woeful curse. Viewing all the dramatic specter-related chapters from a child's point of view creates a spine-chilling vibe, one that's very different to the feelings you get when playing Resident Evil, for example. 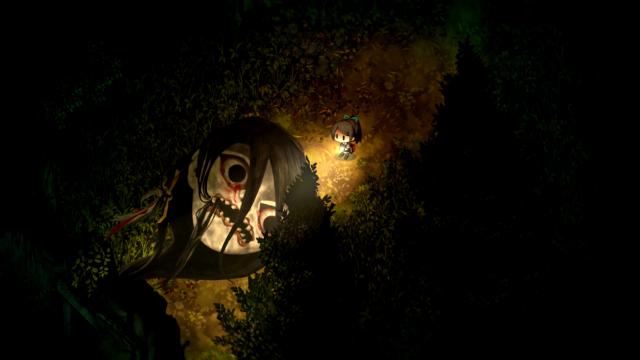 Reliable on the horror front, Yomawari: Lost in the Dark also boasts challenging gameplay. It's based on a mixture of exploration and dexterity. Your character dies at the slightest contact with a hostile entity; there's no life bar or HP here. You can close your eyes to go unnoticed by most enemies - the pace of your heartbeats being a means of measuring how close danger is in such a situation - but it's very stressful and you don't know precisely where to go while in this state. Running is very limited because your character loses stamina when afraid. Lots of gameplay sequences involve avoiding ghosts on narrow paths, learning various patterns, and reacting quickly enough to run towards your goal unscathed. Survival is often a close call. 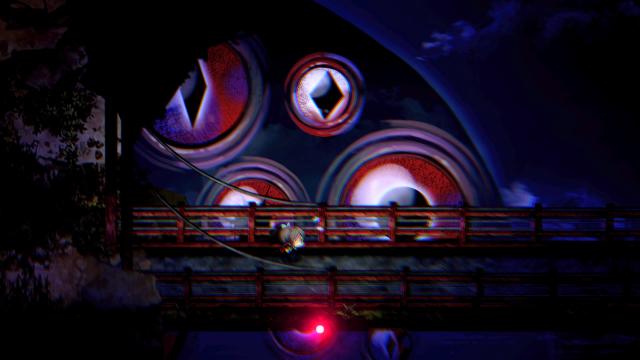 Boss "fights" are extremely tough and often require countless retries. For example, the boss of the stranded ship flashes the screen every ten seconds or so, killing you if you don't reach cover in time. The final boss is also a real nightmare; you need to avoid around fifteen waves of randomly generated flying objects that kill you on the spot. Although there are patterns to be learned, this boss is considerably more unforgiving than any other I've experienced in the whole series. I'm pretty sure I had something like 40 or 50 retries before I managed to see the end credits. But of course that makes eventual victory all the more delightful. Generally speaking, every boss, every level, and even every enemy has a different strategy that attempts to disorient you. You have to constantly re-think your way through and that's probably Yomawari's greatest strength. 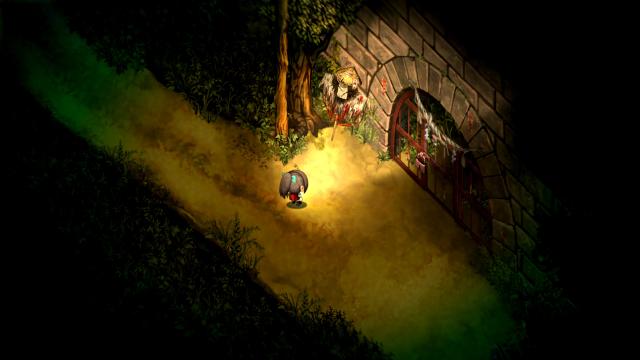 Besides all the face-offs against ghosts, Yomawari: Lost in the Dark also gives a great taste of exploration. You have to find seven lost childhood items, but sometimes there are next to no hints for them - you might have to find a particular object or person in the whole city in order to unlock the path to the next dungeon. Adventurers will appreciate this focus on discovery and lightning up the entire map. There are also some clever puzzles along the way too. 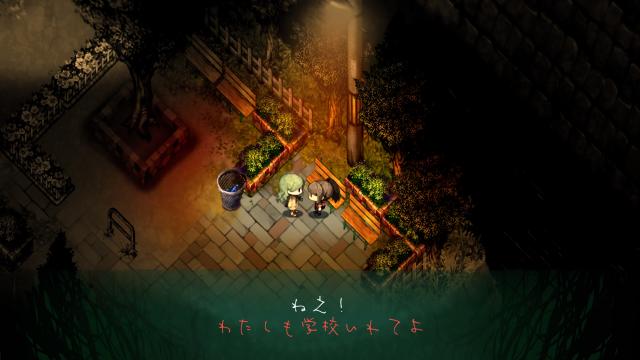 Finally, you'll find a small yet intriguing storyline in Lost in the Dark. The main character becomes acquainted with a mysterious young woman who seems to know a lot about the curse. Their relationship towards the end is deeply moving. There are only a few cutscenes, but they're fascinating thanks to the enigmatic voices, unexplainable phenomena, and well-hidden secrets that they contain. You need to observe everything very carefully in order to unlock the path to the ending, to such an extent that at times it's almost impossible to progress without a walkthrough.

There are so many good ideas in Yomawari: Lost in the Dark that it had me hooked for hours. It effectively retains what makes the series so enjoyable - including a terrific atmosphere, terrifying opponents, challenging gameplay, and twisted puzzles - while also being dramatically harder than the first two entries. This might discourage newcomers, but in terms of game design it's an almost perfect mix of old-school gaming and Japanese horror.

This review is based on a digital copy of Yomawari: Lost in the Dark for the PS4 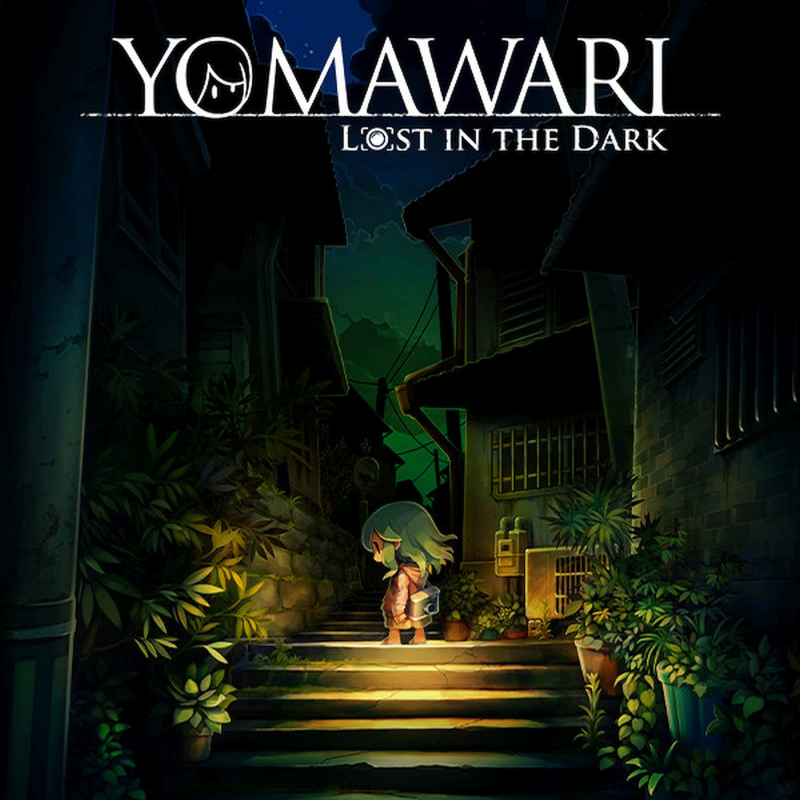