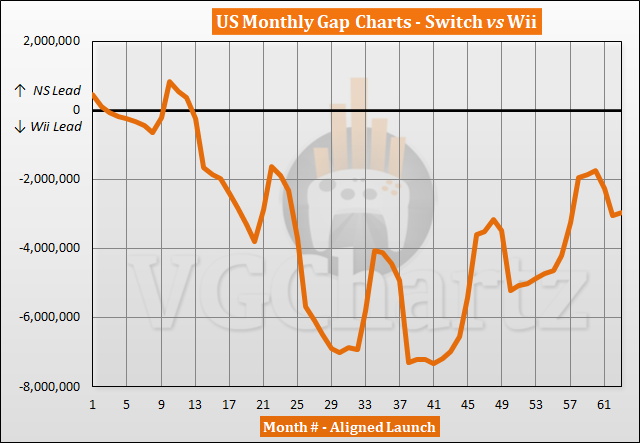 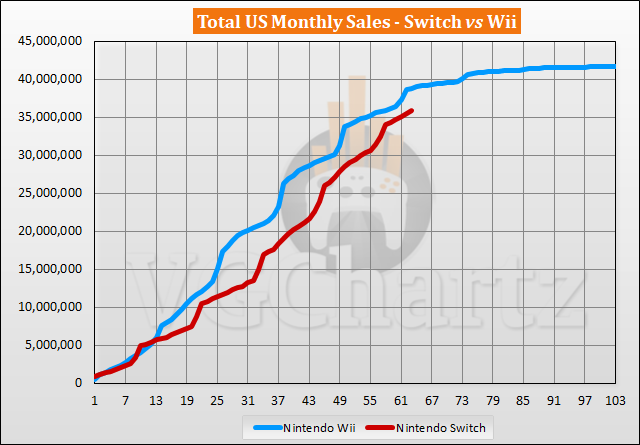 May 2022 is the 63rd month that the Nintendo Switch has been available for in the US. During the latest month, the Switch has caught up with the Wii when you align the launches by 105,835 units.

The 63rd month for the Nintendo Switch is May 2022 and for the Wii it is January 2012. The Switch has sold 35.85 million units, while the Wii sold 38.80 million units during the same timeframe. The Wii sold current Switch sales in month 58.

The Wii sold 41.70 million units in the US during its lifetime. The Switch needs to sell another 5.85 million units to outsell the Wii.

Switch will win this

The Wii U launched 6 years after the Wii, and the Switch has almost been out for 6 years, the numbers will get kind of meaningless soon. The Wii was ahead during its entire lifespan, where it ends up after the Wii was replaced is kind of besides the point. (after 72 months)