Persona 5 Royal will launch first on October 21, followed by Persona 4 Golden and Persona 3 Portable in 2023.

Forced to transfer to a high school in Tokyo, the protagonist has a strange dream. “You truly are a prisoner of fate. In the near future, ruin awaits you.” With the goal of “rehabilitation” looming overhead, he must save others from distorted desires by donning the mask of a Phantom Thief. Persona 5 Royal makes its epic return with previously released DLC included in the base game!

They say your soulmate will appear if you stare into a television set on a rainy night… This strange rumor slowly spreads through the rural town of Inaba, the protagonist’s new home, just as a chain of mysterious murders begin. As the protagonist and his teammates chase after the truth, they find themselves opening the door to another world. For the first time, enjoy Persona 4 Golden with text in French, Italian, German, and Spanish!

If I say there’s an hour “hidden” between one day and the next…would you believe me? This unknown time is the “Dark Hour.” Unfamiliar stillness swallows the city, people turn into eerie coffins, and otherworldly monsters called Shadows swarm. One night, the protagonist is attacked by these Shadows. When all hope seems lost, the power of the heart, their Persona, is awakened. Featuring enhanced graphics, Persona 3 Portable will also be available with French, Italian, German, and Spanish text for the first time!

Atlus sent out a press release and confirmed these for PS5 and Steam. (No Switch though)
https://gamingbolt.com/persona-3-portable-persona-4-golden-and-persona-5-royal-are-also-coming-to-ps5-and-steam

Getting all three day one! Buying just to support them on Xbox. Hopefully this means Persona is no longer a PS exclusive. Persona 6 for Xbox please :)

I have 4 on PC and will pick up 3 and 5 on PC also. Steam deck makes this thing great. Can play high quality on my desktop at home and still play it on the go

I will get them on PS5 or Switch. Tho I have Royal already but be nice to hold Persona 4G outside my Vita and not played 3.

Have they been announced for ps5 or switch?
Just saw the news myself and not done any digging yet

Persona 5 came free with the Playstation Plus Collection last year for PS5 for all PS Plus subscribers. Im sure its a matter of time before P3 and P4 to follow as well.

Exactly, they were announced as coming to Xbox, not exclusive.

People thought Scarlet Nexus was exclusive at first. Xbox is not going to announce platforms outside their own. Atlus will likely confirm later other consoles. Even if just PS4/PS5.

Same with the announcement of Tales of Vesperia: Definitive Edition

Here's the problem. On Atlus's own website they only show Xbox and PC as the platforms. If these were truly going to Switch/PS they would have added them. I hope I'm wrong, but until Atlus says it I'm assuming Switch and PS fans are being left out. Remember after the State of Play Capcom confirmed Xbox and PC versions of SF6 and RE4 + other games from that showcase.

It may well be that if PS/SW versions are indeed in the mix , that they feel keeping the announcements separate is a good strategy so PC/Xbox benefit from all that focus especially Game Pass, so they have clean air to introduce the games to Game Pass and maximise
sales, without being squeezed by a announced PS/SW release, in regard to any PS/SW release if it happens they should sell well regardless .

Me too. Hopefully a Nintendo Direct will be forthcoming.

I just realised they added the PSP version of the Persona 3, instead of the PS2 one. I wonder why...

Been waiting for this ever since the 25th anniversary celebration started! Hopefully all of them also come to Switch and PlayStation. A bit iffy that they choose to use P3 Portable over FES tho as it's essentially a demake with new content. Would have been optimal with both really since they are so different.

Same here would have preferred FES.

This is a great move by MS. I've been saying for a long time that MS has two major issues. Exclusives is the obvious one. The other issue that not a lot of people seemed to not know about is just how many smaller and somewhat niche games come out that never make it to Xbox for no other reason than the developer doesn't want to waste their time. MS needs to get these smaller games on their system as it slowly builds up the player base from game to game. Like Genshin Impact is making billions but it's not on Xbox, why? There's no reason for that. Persona was another series and so was Yakuza. MS needs to go after NIS next and start getting them onboard.

Ah yes Xbox is making a lot of grounds now!
They're ketching up

I'll support it on gamepass by downloading it and then deleting it. I'm sure they get paid per download.

After the Yakuza exclusivity came to an end I had a feeling this was bound to happen. It's kinda ironic it wasn't announced for Switch though since that seems to be the most J-RPG-receptive audience between the big 3.

Likely coming to switch and PS4/5. It was a Xbox showcase so they are not going to mention Sony or Nintendo

Nah it's pretty debatable between Playstation and Nintendo for JRPGs. 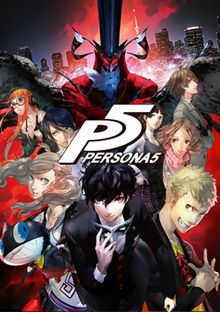 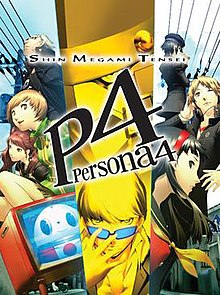