The former President and Chief Operating Officer of Nintendo of America Reggie Fils-Aimé in an interview with G4TV's Xplay said he hated 2004's Donkey Konga and thought it was going to hurt the brand.

"I have to tell you, as an executive, I hated Donkey Konga," he said via VideoGamesChronicle. "I fought with our parent company… I thought it was going to hurt the Donkey Kong brand. Personally, I didn’t find it a lot of fun to play. I pushed back hard."

He added, "But you know what? We launched it, the first game actually sold reasonably well. But boy, I was not a fan."

well he was WRONG

Not sure I remember Donkey Konga.

Can't speak for Donkey Konga, but I had a ton of fun with Jungle Beat back in the day so the bungos were definitely good for something imo.

I played the first Donkey Konga almost every day after school for a year. It was my favorite music game until Elite beat agents a few years later.
Donkey Konga released about a year before Guitar Hero, something I tell anyone who came over to play it saying it was a worse copy. Even if I like Guitar Hero as well, the simpler control of Donkey Konga is preferred for me even if the music is better in most Guitar Hero games.

This is so random.

Donkey Kong 64 did a lot more to hurt DK than Donkey Konga did.

I am going to make 64 different accounts just to downvote you. Grr. 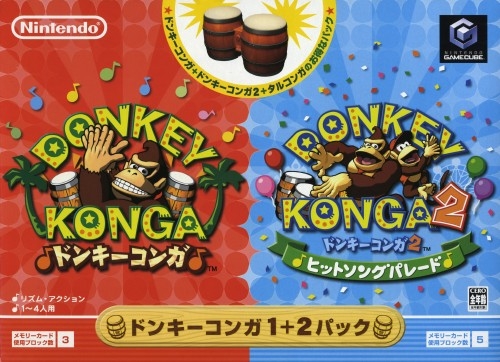