Nobody Saves the World (XOne) - Review

There's a lot to admire about indie studio DrinkBox, but perhaps the company's greatest attribute is its willingness to experiment with different game types and mechanics. Where some small developers are content to operate within a single genre, or expand endlessly upon an existing template, DrinkBox rarely plays it safe. Sure, the Toronto-based studio has made a couple of sequels — Guacamelee! 2 among them — but in general it's eager to try something new: a sci-fi puzzle-platformer, a side-scrolling Metroidvania starring a luchador, a first-person dungeon crawler with touchscreen controls and, most recently, a top-down action-RPG. This latest one, Nobody Saves the World, is DrinkBox's biggest game yet. But is it the developer's best?

Nobody Saves the World follows a nameless, eyeless, pale husk of a person (it's less creepy than it sounds) who wakes up in a ramshackle shed missing its memories. As this nobody roams the surrounding medieval-ish kingdom, it finds itself completing a number of tasks for quest-giving authorities: the demanding protégé of a powerful sorcerer, a scientist intent on stopping the encroaching fungal "Calamity", and even the king himself. Ultimately, it becomes clear that the only person who can save the world from Calamity is this nobody. 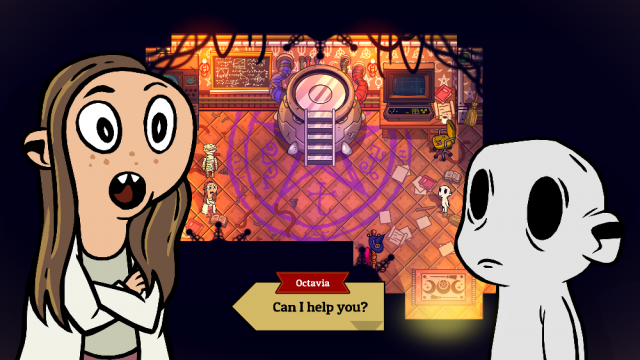 Apart from a few surprising plot twists along the way, the story in Nobody Saves the World is only serviceable. It's not bad by any means, but neither is it especially engaging. That said, the game is filled with quirky NPCs, loads of gags and jokes, and several interesting locales. Even if you're not driven by the main plotline, you'll enjoy exploring the game's woods, towns, graveyards, and toxic wastelands, soaking in the local vibe and bantering with mutants, werewolves, witches, slugs, and aliens masquerading as tourists — just to name a few.

While the story in Nobody Saves the World might not leave a lasting impression, its inventive gameplay almost certainly will. From afar, the game might seem like a typical action-RPG with real-time combat, missions aplenty, and a focus on character progression. All those things are present here, sure, but DrinkBox has installed a gameplay loop that unfolds quite unlike other ARPGs on the market.

Here's how it works. In Nobody Saves the World, it's all about forms, quests, and abilities. Early on in the campaign, the nameless Nobody finds the left-behind wand of a world-class wizard. Using it, Nobody can transform into 17 different forms, each with its own special moves and perks. There's amazing diversity among these forms. You can assume the form of a tiny rat and nibble your foes to pieces, or change into a horse and gallop your way through armies of monstrous foes. Maybe you'll metamorphose into a ghost and phase through enemy attacks, or transform into a zombie who turns defeated monsters into undead soldiers who fight for you. Perhaps what's most impressive, apart from the sheer diversity of forms on display, is how none of them feel like an afterthought. DrinkBox clearly invested a lot of time thinking through the move sets, synergies, and logic of each form, and it shows. 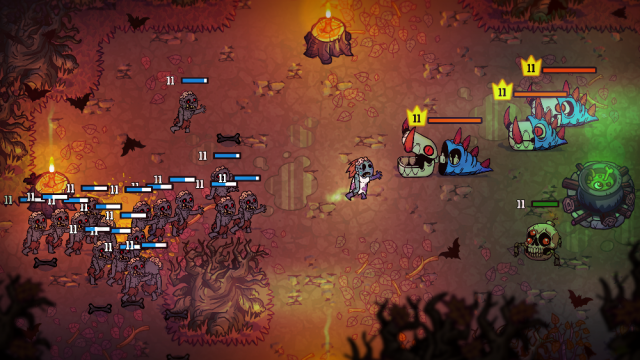 In addition to unique moves and logic, each form has its own set of quests. These involve using your basic moves to defeat enemies. Once you've turned in the early sets of quests, your character will progress letter grades — F to D to C and so on — and in the process unlock additional form quests and additional forms. As each form earns higher letter grades — all the way to S — they will earn new abilities, which players can then mix and match with other forms to complete higher-level quests. You might need to assign the rat's "consume" ability to the guard, for example, to hit the next level. Or you might need to combine the skills of Magician and Zombie, both of whom use familiars to fight for them, in order to have 20 familiars running at once. As a result there are a lot of clever problem-solving opportunities embedded within the form quest system.

The one downside to this system of quests is that it can sometimes feel overwhelming. With 17 forms (18 if you count Nobody), each with half a dozen form quests apiece, there are a lot of goals and targets to monitor. When the quest page starts to fill up not only with form quests, but story and side quests, it's difficult to keep track of everything. Furthermore, the very specific demands of each form quest often steer you toward a play style outside of your comfort zone. Indeed, the most liberating sections of the game are legendary dungeons, which block all form quests. Here the game encourages to use your best build and focus on survival. 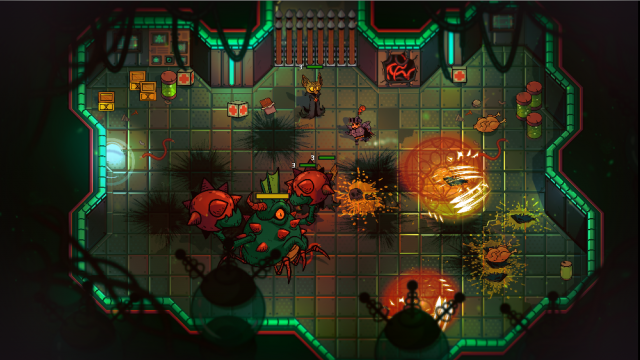 Speaking of dungeons, they'll littered across the game's surprisingly vast overworld. Some are legendary dungeons, necessary to move the story forward, and others are optional mini-dungeons. Most dungeons feature randomly-generated layouts, "warded" monsters, and special modifiers, e.g. no health drops. Consequently, you'll need to pick the proper forms and assign them the most effective abilities to break enemy wards and overcome any dangerous debuffs.

Overall, the dungeons in Nobody Saves the World are both rewarding and a little disappointing. The opportunities for tactical decision-making are great, but the randomly-generated designs prevent each dungeon from developing a personality — even if, visually, each one has a very distinct flavor. Ultimately, the game's dungeons are more The Binding of Isaac and less The Legend of Zelda, for better or worse.

What's far from disappointing is the title's value proposition. Nobody Saves the World is a meaty game that will take you roughly 20 hours to complete — more, if you're going for all optional quests. What's more, you can tackle the game solo or with a friend via online multiplayer, further extending the game's value. Finally, once you see the end credits roll, you'll unlock a new game+ option. 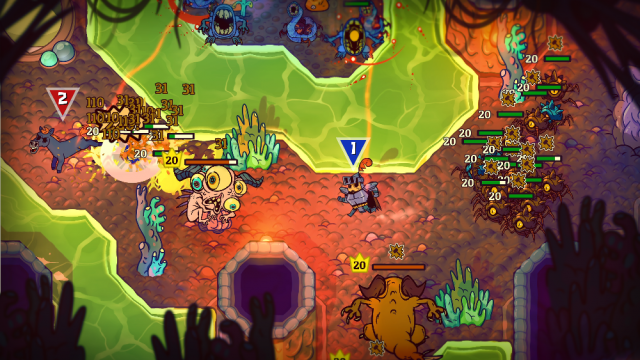 On the artistic side of things, Nobody Saves the World earns high marks. The game's art style is colorful, creative, and just a little bit twisted, with expressive NPCs, detailed monsters, and portrait art that shares DNA with Ren & Stimpy. Its music is even better. Composed by Jim Guthrie (Superbrothers: Sword & Sworcery EP), the soundtrack is an eclectic mix of pop, rock, and electronica that will stick with you well after you've retired the game. It's a very early contender for soundtrack of the year.

Nobody Saves the World is a really good game — almost a great one. It takes developer DrinkBox's penchant for genre experimentation and creates one of the most original action RPGs in recent memory. It's rich in opportunities for tactical decision-making and problem-solving, and loaded with content in the form of quests, dungeons, and unlockable forms and abilities. The form quest framework can prove overwhelming at times, and the randomly-generated dungeons lack personality, but overall Nobody Saves the World is another in a long line of hits from DrinkBox.

This review is based on a digital copy of Nobody Saves the World for the XOne, provided by the publisher.