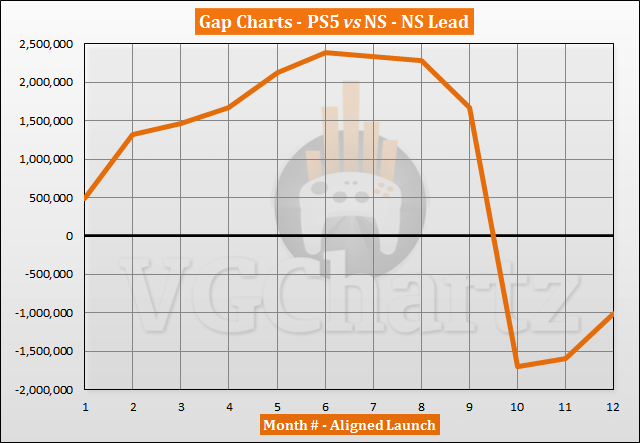 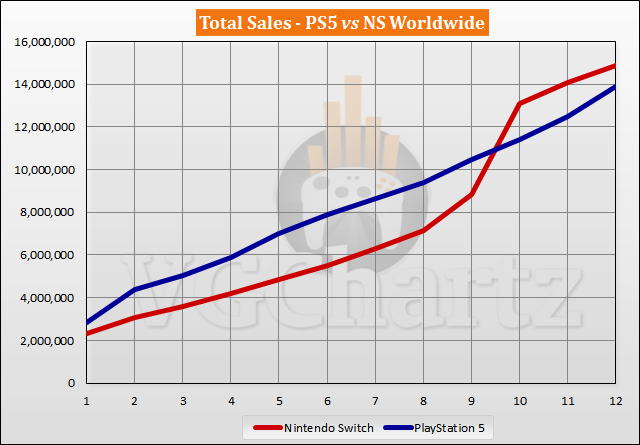 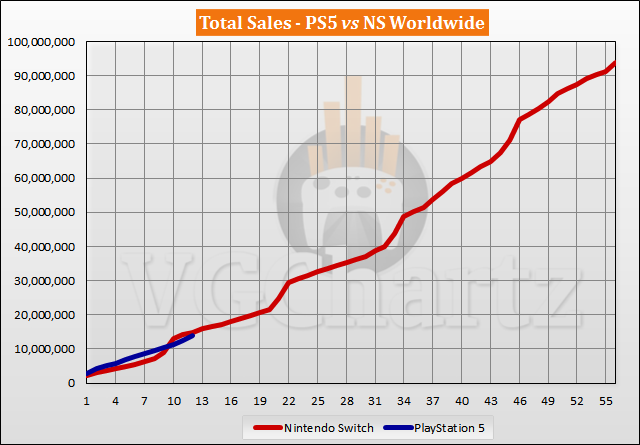 I think it should be "PS5 lead" in the first graph

The graph is in the negative, that means Switch lead.

I think the "NS lead" is the interpretation of "PS5 vs NS" graph, not the title itself.

Really? I'd have never though that. If it was "NS leads", maybe I would. When I see "NS lead" in the tittle of the graph I imagine that this graph consists of a subtraction between Switch and PS5 numbers (Switch - PS5), that can result in a positive lead or a "negative lead". Why is this the only graph with the interpretation of its information stated in the tittle?

The graph shows the PS5 sales relative to the Switch sales.

Like you, I was surprised at the negative. Then looked at how it was PS5 vs NS, and realized it must be from the perspective of the PS5. So I agree that the article is correct, but I also agree with you that it's not going to be obvious to everyone (it wasn't obvious to me!).

I'm very curious to see if Switch non-holiday sales can retain their lead over PS5 holiday sales with a heavy shortage.

Agreed. PS5 is pretty much guaranteed to overtake Switch unless the stock issues get even worse.

That's what I'm thinking. It'll be interesting to see if the shortage has any effect though.