Call of Duty: Vanguard (PS5) has debuted in first place on the French charts for week 44, 2021, according to SELL.

The PlayStation 4 version of Call of Duty: Vanguard debuted in second place, while the Xbox One version debuted in fifth place. 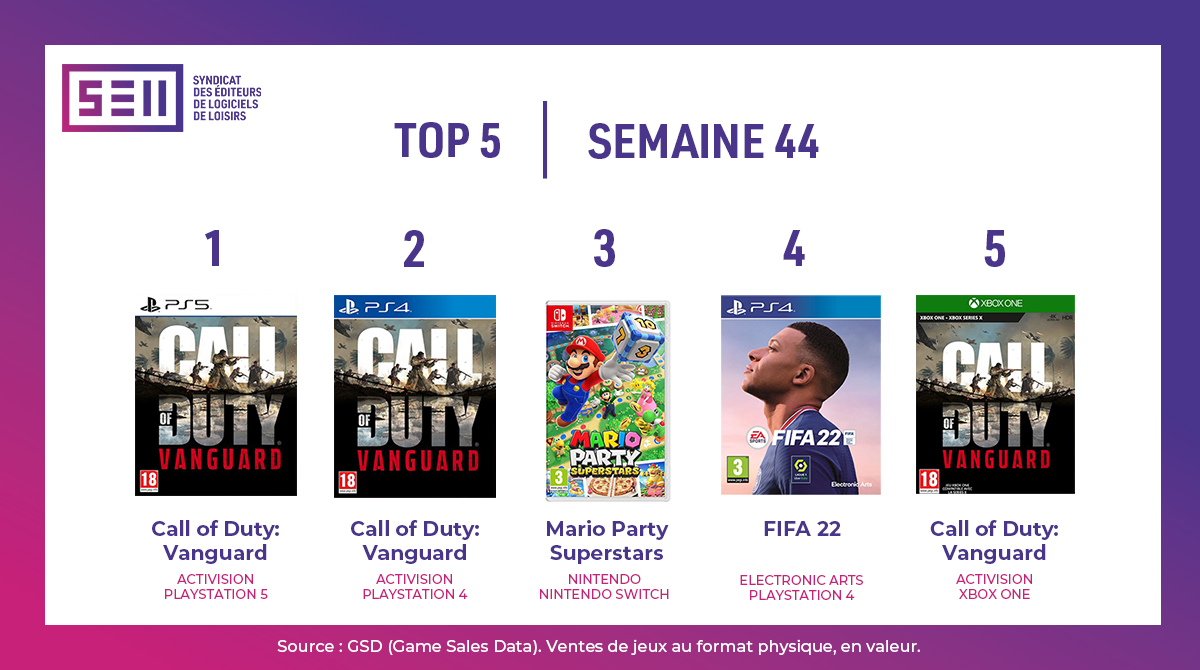