Kingdom Hearts series producer Ichiro Hazama in an interview with Nintendo Life was asked if it would be possible to release native versions of at least Kingdom Hearts HD 1.5 + 2.5 Remix and Kingdom Hearts HD 2.8 Final Chapter Prologue on the Switch. As of right now the studio is "undecided." 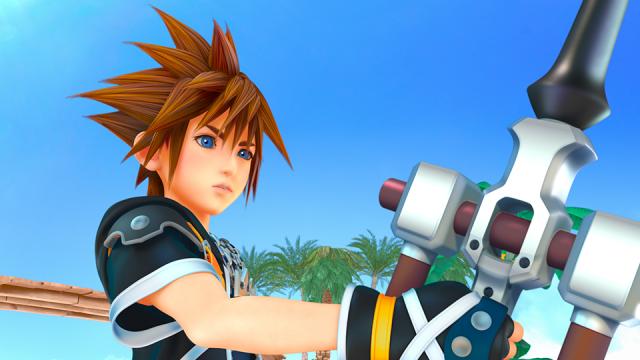 "At this moment in time, the production of a native version is undecided," said Hazama when asked about a native port on the Switch. "We believe that the Cloud version is currently the best way to deliver the Kingdom Hearts series to Nintendo Switch players, but we are always excited to hear to feedback from our fans and want to thank them for all their support."

I GUESS porting some of your most popular games to the most popular console at the moment MIGHT be a decent idea, especially if they were all made for PS2 level hardware in the first place.

They should ask how hard was it to port PS2 games? Or better yet PS3 compilations vs the Switch?

Though it might be very rude since it's a snide remark , probably say how difficult and is the cost porting natively the obstacle? Or Something? Though they probably would say it wouldn't sell much ? though If the interviewer heard that he'd say inside his head ---> but these games sell alot regardless of platform?

Just like Nintendo is "undecided" on not overcharging people for the NSO expansion pass.

They hadn’t decided when they allowed the cloud versions to be announced???

Man, it's uncannily profound just how out of touch Square-Enix is. Only wanna put the pixel remasteres on Mobile/PC with this weird caveat that they'll 'judge the demand to decide if they're coming to consoles', they refuse to put a PS2/Handheld game series on switch unless it's through their nonsense streamed version. Just make the games and sell the games, you guys. Holy crap how do they suck so baaaaad?

To much cuts would need to be done and a lot of work and money, so probably not worth for them.

These are old games, there wouödn't be many cuts. We're not talking about Kingdom hearts 3.

I saw mention for the Kingdom Hearts III + Remind in the article. But yes for the older ones it would be just a matter of putting a little work, should really be feasible. They could even be money hungry and make the "remake trilogy+DLC" launching for PS5/Series/Switch/PC that would likely generate good profits.

Make a decision! these are leaders in the industry right?

I'm sure Xbox One ports were fairly easy given the hardware similarities to PS4. But ports to Switch shouldn't be that difficult with compromises. Mostly in the content designed to push 8th gen specs.

Isn't it too late? The cloud versions already released , I guess it doesn't hurt to ask?

They don't even have a release date yet, how can they already have released?