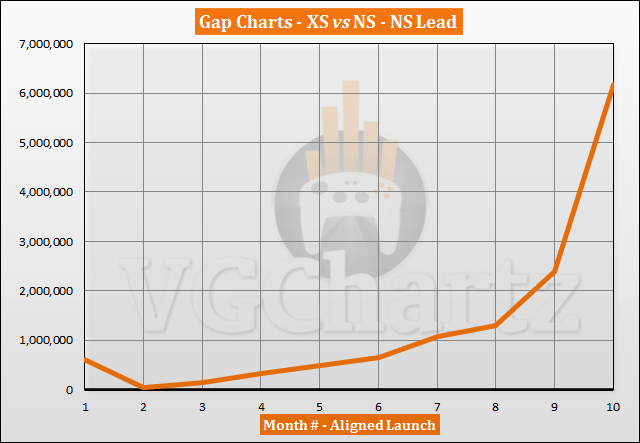 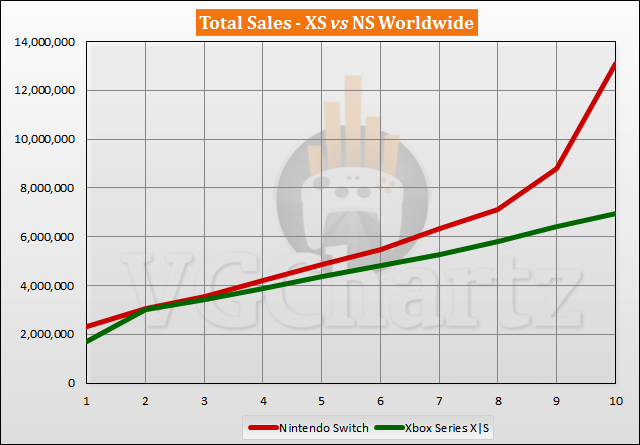 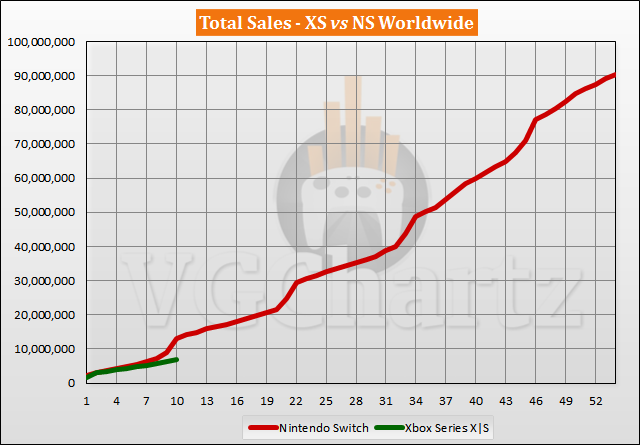 The Switch is ahead, and is likely going to stay ahead. Despite this shaping up to be the Xbox's most successful generation yet, it's not likely to hit Switch numbers (at least not as quickly as the Switch hit those numbers).

shows the advantage of the Switch being made of such cheap parts, they really increased production easily in a way Microsoft is not capable of doing apparently... it has been out of stock for 12 months and still production is not enough...

The Switch didn't have a global pandemic or a global semiconductor shortage to contend with as its supply ramped up, so I'm not sure it's a fair comparison.