In an interview with Video Games Chronicle, Platinum's studio head Atsushi Inaba has said that he and the team at Platinum Games would be interested in porting Star Fox Zero to Switch:

"It’s unfortunate that people aren’t able to play older games because they’re locked out of the platform, so of course if possible we’d like to bring over any of those older titles to the newer platforms. It kind of depends on what’s in the realm of actual possibility, but yes, if the chance came up it’s definitely something we’d like to think about.” 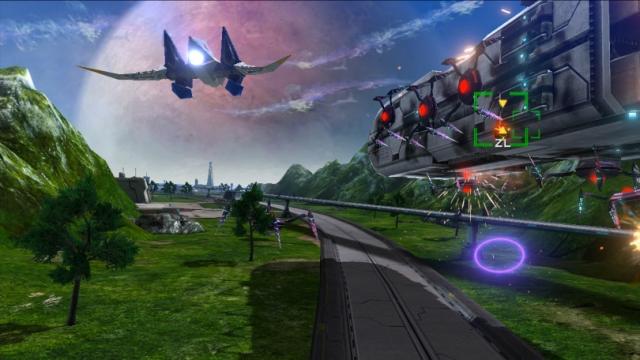 But the move would, of course, depend on Nintendo giving the go-ahead:

"The important thing to remember there is that because it’s Nintendo’s IP, the ideas are coming from Miyamoto-san himself... Of course, at that time there was a lot of discussion between Platinum and Nintendo, but if the opportunity came up to bring Star Fox Zero to the Switch again it would be more of a question of what he would like to do in that opportunity, and of course we would respect that again."

Star Fox Zero was originally developed by Nintendo and PlatinumGames for the WiiU, but received a lukewarm reception upon its launch in 2016.

I don’t understand why aren’t developers bringing everything to the switch. It’s the most successful Nintendo home console ever. Games will sell on it.

Correction, most successful portable console. The hardware was designed for portability and many people own a Switch Lite.

Please don't start... Nintendo recongizes the Switch as a hybrid-console. Not a portable
console.

How many people actually do own a Lite, though? The price difference isn't big enough to entice most people and you lose what makes the console special. I have yet to meet someone with a Lite.

The Lite did outsell the Wii U, not that that's a high bar.

I never understood people who buy the Lite, why not pay just a bit more and have the ability to connect to the TV? Even if you don't ever use it on the TV, at least you have that ability, you never know. Most Switch games are designed for the TV anyway, example, xenoblade chronicles, the writing looks too tiny on the Lite almost cant read anything.
But if it means more sales of the console, then I'm happy for it, as long as people buy games, then developers will develop for it.
For me its a bigger issue, because my switch is connected to a 100inch projector screen, going from 100inch to a 5.5inch is very noticeable and a completely different gaming experience. Games are just not the same at all, especially when you consider the 7.1 sound system.

I own the Lite because it's smaller, lighter, better screen and I already have better machines to play on a TV.

Wrong, the most successful portable was Nintendo DS, the switch might outsell it, but that is an unknown at the moment.
In fact, many people like me wouldn't buy the switch if it was only portable, I do not play anything out of the house so a portable would be useless for me.
I would have preferred if Nintendo had made a dedicated home and another portable, but I fully understand why the did a hybrid, and I'm happy for it, if it means a bigger userbase, it means more games, more developer interest, which is what we all want.

Ah, true. Maybe the Switch will get close but passing seems unlikely.

Underrated games. People just have trouble adapting to new control schemes. That being said, it's not like it has a stellar reputation, so they're probably better off just releasing a new entry.

Yes please, game could use a redesign. Loved it

Great, hopefully they use that as an opportunity to fix the game as well. It just needs play like Star Fox 64 or even Star Fox Assault. The dual screen gimmick on Wii U made it a bad experience.

of course they are.

classic controls and Im in

Put Krystal in it while you're at it.

Please make it happen... The reason why this game was such a huge turnoff was because of the control scheme... Porting it to Switch can resolve most of that.

The controls would need a drastic overhaul, I'm not sure how likely Miyamoto would let that happen.

It would need to be totally different either way, because asymmetric gameplay is not possible on the Switch.
Afaik, the controls were the biggest issue the game had. If he's reasonable he'll let them fix it.

I remember when i first played Star Fox Zero in 2016 i couldn't get past the 1st Level i know said, No Gimmicks with it this time if it does happen

This has to be one of only at most a handful of Nintendo games from the Wii U that hasn’t been ported to the Switch.

We just need now twilight Princess. Wind waker and xenoblades X. Also zombiU but wouldn’t be the same without 2 screens.

The Zelda games are already re-releases themselves so I can see why they got overlooked. Xenoblade X slightly odd as it was overlooked in favour of a port of the first game, which originally released on the Wii.

True, but as the wiiU didn't sell much, I hoped they would just do a quick port, same graphics, for the switch, they could make a lot of easy money for sure. I'd happily pay 50dollars each on the switch, even tough I get all games for free.
Xenoblades chronicles makes more sense because it was the best one, and in more need of a graphical update, it was only 480p, xenoblades X was 720p.
I'm not upset that it isn't on the switch, but would love to have it. Besides those 3 games I cant remember any other I'd love to have, maybe pikmin 1 and 2, even tough I was playing the wii discs on the wiiU console.
As much of a bad rap wiiU gets, people forget it is fully compatible with Wii games, so the library is massive, the switch doesnt have backwards compatibility.

I just think, even with the current trends of remasters and remakes, re-releases of re-releases are still a tough sell.
Ironically, Star Fox is the only game I can think of that got this treatment - with a semi-remake on the N64 which was then remade for the 3DS.

We still have yet to hear anything about Xenoblade X.

of course they are interested, how could a WiiU game possibly escape the cheap cash 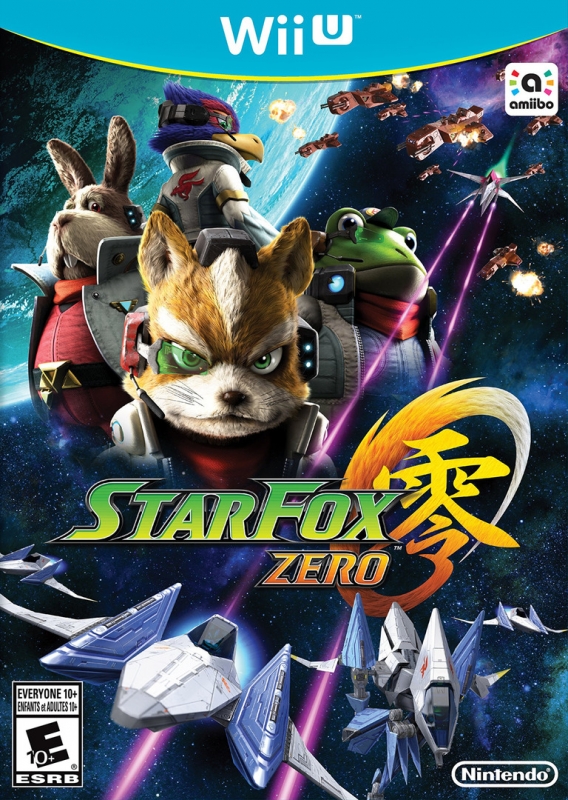