"The launch of Mass Effect Legendary Edition, the remaster of the first three Mass Effect games, reignited the passion of fans around the world, driving sales performance well above our expectations," said Wilson.

"Star Wars Jedi: Fallen Order coming to the Xbox Series X|S and PlayStation 5 was also a moment for new and returning players to jump into that amazing game. We are going to continue to invest in both of these franchises as well as more of our amazing IP." 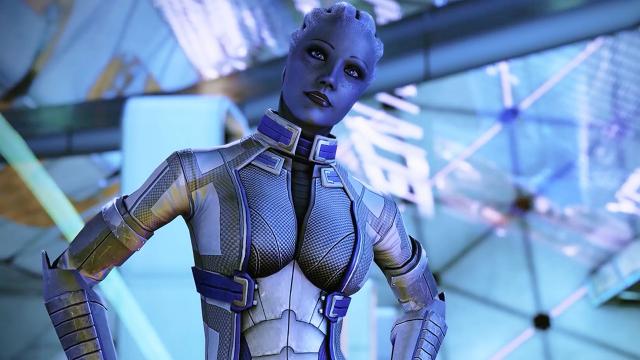 Mass Effect Legendary Edition released for the PlayStation 4, Xbox One, and PC via Steam and Origin on May 14. It is also playable on the Xbox Series X|S and PlayStation 5 via backward compatibility.

Yeah, good games do tend to sell well. That shouldn't be a surprise to anyone, but maybe it is for EA?

You know their take on solo games

Good. Its a step forward to revive the franchise. Now do the same for Dragon Age please.

Yea Dragon Age origins was already showing its age at release. Having that redone from top to bottom would be great.

Unfortunately, I think the latter is a pipe dream. Had the game been upgraded to the Unreal Engine 4 it might have been a possibility, but its still on Unreal 3 which I don’t believe has the capability.

I think if they're were gonna do the 9th gen version, it would have launched at the same time.

A Switch version seems like a remote possibility though.

Yes and no.
Remember they are "surprised" by the level of success. - They may wish to further capitalize on that.

It's EA and money remember.

Yes - maximum return for minimum effort. To go beyond the basic performance enhancements that already exist on Xbox Series & PS5, they'd need to move the game to Unreal 4.
They didn't do this in the first place because of the time & money required. So as nice as it would be (would make the games more of a true remaster and not an enhanced port)it unfortunately just isn't going to happen.

Great news. Literally my favorite game of all time. (Mass Effect 1, 2, & 3 are one game) But, I'm still cautiously optimistic for the new entry.

Same here. I've never played a game series so many times in my life. I've barely played any games to completion more than once. Only ME series and Tales of Vesperia. Everything else I'll start again but never finish. FF7 remake I got close but stopped on the last chapter.

Given EA’s usually unrealistic expectations, ME:LE must have sold 100 million copies if it exceeded expectations.

Still wish EA had invested a bit more effort into the extent of the 'remaster'. 2 & 3 are really just enhanced ports, glorified as remasters for marketing purposes.
Could have been a much more advanced version if they'd been willingly to do the remaster on on Unreal 4 and not stick to Unreal 3.