Take-Two CEO: We Will Not Tolerate Harassment or Discrimination or Bad Behaviour - News

Take-Two CEO Strauss Zelnick in an earnings call with investors was asked about his thoughts on the California Department of Fair Employment and Housing lawsuit against Activision Blizzard over allegations of sexual harassment, unequal pay, and retaliation.

Zelnick said diversity is important at the workplace and it is key to their success.

"Our most important asset here is our people because they create everything that we’re able to bring to consumers," said Zelnick via VideoGamesChronicle. "We’re an asset-light business, we are a business of intellectual property.

"And our strategy, our safest strategy, has always been to be the most creative, the most innovative and the most efficient company in the business. Diversity is key to our success. We need to have diverse perspectives and diverse voices in order to create that quality."

He was also asked if the issues at Activision Blizzard have make Take-Two rethink its policies and procedures.

"The culture of the company is well known, and well known internally, and reasonably well known externally," he said. "All that said, we can always do better, and I think we’re known to be people who always want to be doing better, and never want to rest on our laurels.

"We don’t think fostering an appropriate environment is a single set of actions or reflects one day in a news cycle, we think it’s a constant process of introspection and improvement. There are always ways that we in the industry can do better. We’ll listen to our colleagues, and we’ll work on this area over time.

"But I want to be very specific because you asked the question about what we do around here and what we’ve always done. The first is, and I’ll say it in as black and white a way as I can, we will not tolerate harassment or discrimination or bad behaviour of any kind. We never have.

"We set those expectations when people come on board here through our code of conduct and our anti-harassment and anti-discrimination policies, all of which our colleagues are required to review and sign when they are hired. All of our colleagues take anti-harassment training at hire and bi-annually after that.

"And we make it clear through the training and through our policy, that if anyone does experience any inappropriate contact, there are multiple avenues to report that, and they will never be retaliated against for doing so. 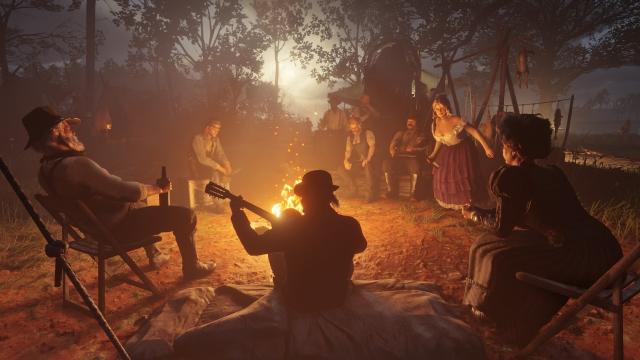 "Those options include the management chain, anyone in HR, an anonymous complaint by phone or online to our third-party hotline and website reporting tool. Take-Two has a director of diversity and inclusion, and that remit includes developing, executing and leading the global DNI strategy and that supports our business objectives.

"We also have multiple employee resource groups inside the company and we have more growing all the time, which gives us all a thrill. So that’s what we’re up to very specifically. Again, is there more that we could do? I’m certain there is. Do we feel like we’re in a pretty good place? We’re grateful that we do feel that way right now.

"In terms of retention, our turnover rate is roughly half of the industry’s. That’s been true for about the past 18 months."

Pressure on Activision Blizzard has been growing with an open letter condemning the response of leadership following the lawsuit that has been signed by over 2,000 current and former employees. Employees also staged a walkout in order to protest the working conditions at the company. Ubisoft has also been facing allegations.

now we're going to have a plethora of game developers feeling the need to come out and say they are against this kind of culture to proclaim their innocence to the masses.

In many ways this will become gaming cultures version of virtue signaling despite these companies engaging in the same or similar activities behind closed doors.

Oh, but I forgot... "silence is violence." We all need to come out and affirm to everyone what we do and do not tolerate even if we are secretly or in some cases publicly engaging in these activities. This is a messed up time in history for sure.

Unless it comes from our executives

This is like a reactionary statement, because some CEO's fear that if they don't parrot the same shit, they'll be ridiculed...

Pride goeth before a fall...

So the whole board is going to resign?