The indie scene is now so vast and varied that it's become difficult to choose what to play between big releases. Wing of Darkness caught my eye quite some time ago because it looked much more advanced technologically than most of the other indies I know. But even after a long delay, Production Exabilities' title struggles to deliver beyond the technical side. 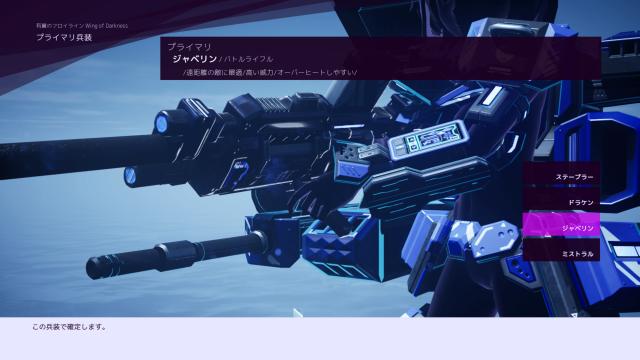 Wing of Darkness is a pretty classic shoot 'em up in which you fly a heavily armed mech suit. The objectives don't really vary and every mission is about wiping out enemies from the skies. While this makes it a bit repetitive, Wing of Darkness stands out with some incredibly punchy and impactful gameplay. Every sound effect, from canon fire to explosions, is significantly loud, which makes for a terrific atmosphere during battles. Opponents swarm in great numbers, creating very fast-paced battles where gunfire is going everywhere. It's like Ace Combat, but much more intense. Before each mission you're able to select your loadout of primary, secondary, and special weapons. Long-range canon, missiles, homing laser, gatling gun... there's a lot to choose from to fit your own individual playstyle. 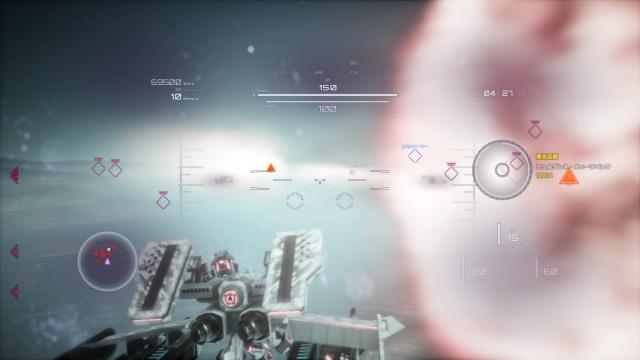 If the gameplay itself is undoubtedly Wing of Darkness' best side, the gameplay settings are more dubious. I had been looking for a life bar for some time before I realized your mech actually auto-repairs itself astonishingly quickly. Any damage you take is healed almost instantly, which means that game overs are virtually impossible. Enemy lock is also extraordinarily efficient, even with imprecise-looking gear. You end up thinking there's not much you need to do. Hard mode makes things more entertaining, but it doesn't fundamentally change the game experience. 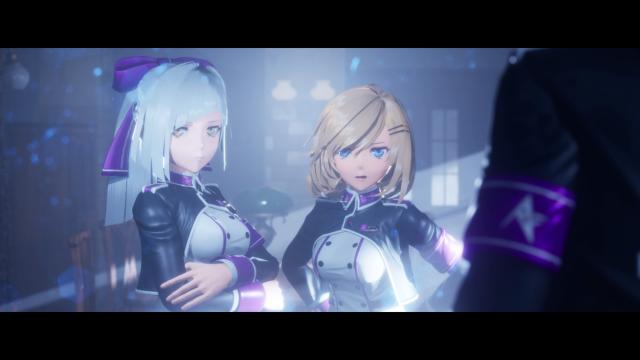 Wing of Darkness alternates between story and missions, a bit like Ace Combat 4, for those who have played and remember the PlayStation 2 classic. Just like Ace Combat 4, it uses still pictures to illustrate the narrative, which does feel a bit old-fashioned nowadays, but it is an indie title. Very much unlike Namco's legendary fourth Ace Combat instalment, however, Production Exabilities doesn't seem to have a very strong grasp of certain storytelling fundamentals. It's an extremely short title - it took me about four hours to get through, which makes it the shortest game I've played in a long time - and you can't really communicate a compelling story in such a short span of time in-between missions. The voice acting could also be better (I'm used to the much more expressive voice acting in Japanese games). 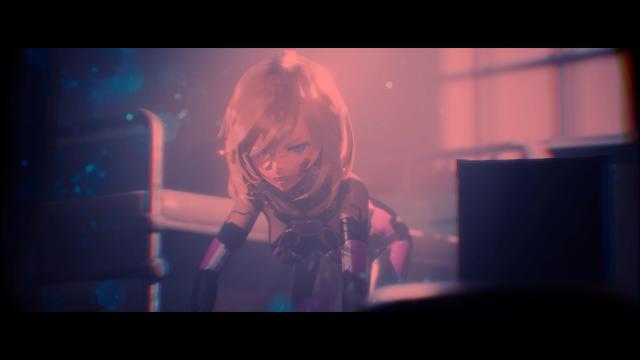 That said, the story in itself is still solid. You play as a young girl called Klara who is pushed to the frontline due to her superior abilities in maneuvering the army's state-of-the-art mech. The story, which is focused on her growing friendship with comrade-in-arms Erika, is truly beautiful, but also slightly unbalanced. There's a surprising plot twist at the end (the final scenes are very sad and striking), but I would have expected more density given the kind of emotional package presented. The other point that troubles me about the story is how little the game conveys about its own world and lore; you never really know what you're fighting against, nor do you learn about how the conflict is developing. Again, Ace Combat 4 by contrast did this perfectly back in its time.

As much as I like the general atmosphere and story in Wing of Darkness, it's really very short and lacks a certain balance and refinement. It offers a cool aerial battle experience, and it's not as if the genre is bursting with rival candidates, but you might want to think twice about the content-to-price ratio before jumping in.