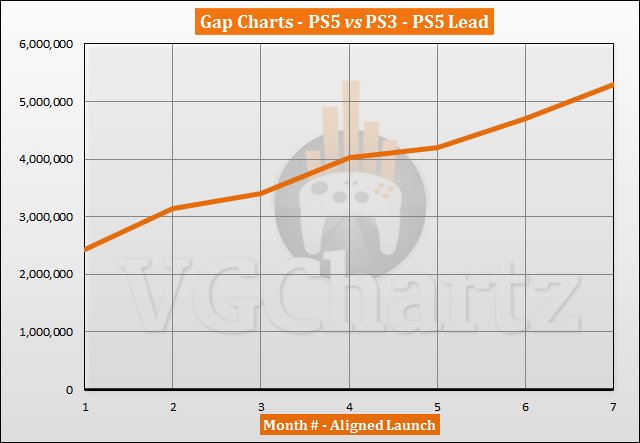 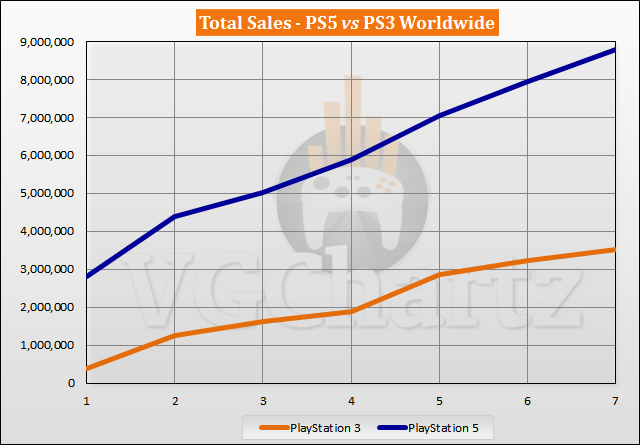 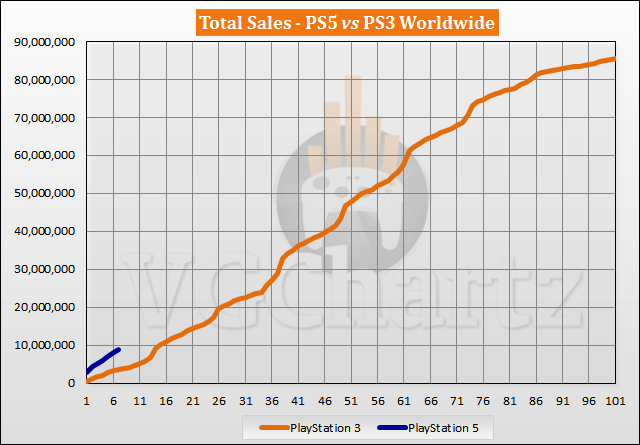 Switch is really on another level right now.

I like this graphs to give me an idea how much Switch can sell at the end, is still hard to believe Switch can surpass PS4 next year.

Well, actually nintendo predicted to reach 110 by March 2022.And seeing as switch's 2021 is no different from 2020 (2%+ YoY, currently), I don't think those are far off forecasts. Depends on many factors, certainly, but I see it as very likely.

Yeah me too, is just amazing the pace.

I think something happened with the chart, at least for me it's showing now PS5 vs PS3 instead of Switch vs PS4