As horror games have done before, P.T. became a special streaming phenomenon of filmed psychological scares and parasocial Easter egg hunting.  A literal teaser for Kojima's upcoming Silent Hills essentially became its own game.  Sadly, this unique demo was hastily pulled off digital store shelves when Konami decided to call it quits altogether.  Since then, there have been a plethora of adaptations of that tantalizing formula.  The latest in this line of guided haunted tours within labyrinthine houses is JanduSoft's Evil Inside.  Now, one has to wonder: is it a shameless copy or worthwhile homage? 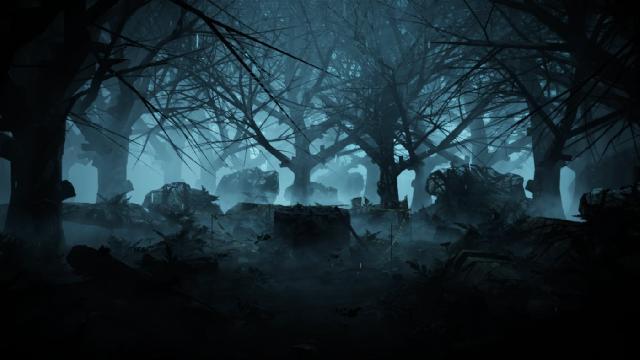 As a low-fidelity camera lingers over a crime scene beside an old-fashioned well, a reporter details the grisly murder of a wife and the savagery of her accused husband.  You play as Mark, the teenaged child of this couple.  Balancing the newfound care for his baby brother and finding answers about what actually occurred, Mark consults an Ouija Board to speak to his mom’s ghost.  After it mysteriously explodes, he must navigate his now-haunted house for board fragments.

Let's get this out of the way: if you've played a Layers of Fear title or a superfluous amount of indie horror games, Evil Inside brings no surprises except for its dumb ending.  Repeatedly walking through the same corridor but having to do slightly different tasks in different rooms is its bread ‘n butter, peppered with some loud and obnoxious jumpscares to retain audience attention.  Were I to regale you with the plot breadcrumbs and leave out the ending, virtually every reader would know where it's going: an open-and-shut mystery.

It'd be fair to say trope reliance shouldn't inherently discount any of its other artistic intentions.  Sometimes the reliable can be a template to make something more meaningful.  Problem is that's tough to do when the audience can't really connect to the protagonist or the tragedy of the situation.  Since the runtime is so compressed, there's no proper build-up or characterization for Mark other than "I now have to care for my baby brother."  Depending on the chapter, sometimes you visit him and other times not; ultimately, he feels more like a lazy jumpscare prop than an actual character. 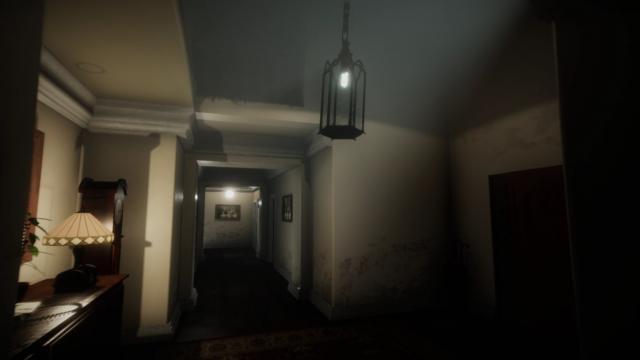 The merely inoffensive storytelling qualities stem back to the presentation.  Regardless of the underwhelming technical visuals (more on that later), at least some work went into the atmosphere.  Violent red lights and superimposed effects, like film stutter shocks, are some tricks used to give variety while waltzing through the same hallways.  Voice acting isn't egregious by any measure, although I'm not sure if more credit is due to the talent or a sparse script.  I don't think it's right to oversell these positives - consistency or no - but I think extending an olive branch to the bare minimum is warranted.  Despite occasionally hitting the basics, Evil Inside's story is horror oatmeal.  Rushed pacing, generic iconography, and much more turn this tale about a family's destruction into something tasteless.  There are minute dashes of flavor here and there, but hardly enough to be considered savory.

I've used the term "barebones" to describe gameplay before, but this is skeletal by comparison.  It's like a traditional walking sim through a haunted house: first-person perspective while navigating a space to suss out a puzzle in order to unlock the basement door.  You get one board fragment per challenge/chapter and then reset at the original starting point.  Rinse and repeat until the finale.  The term "puzzle" should really only apply to two separate instances.  The rest follow the type of accomplishing a basic action on one side of the house to unlock a room on the other.  This derivative, rudimentary slog makes the scary moments all the more tame. 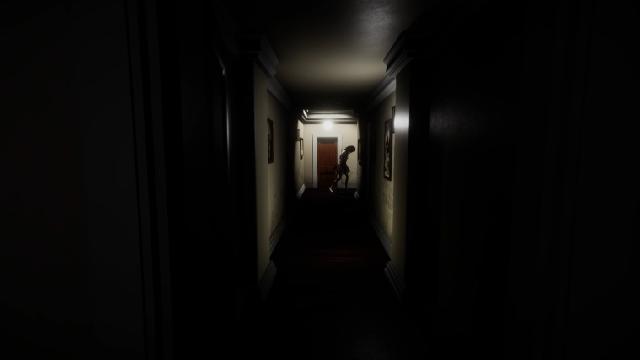 Due to its simplicity, there's not much to say about the gameplay.  It's more of a guided tour through a haunted house.  But there was one shimmering moment where jumpscare and interactivity went together.  Its best surprise is one you, the player, actually have to make an effort to unearth.  I'd already been desensitized to surprises by the later stages, but for that moment Evil's game design responded with a heavier emphasis on build-up and atmosphere.  Getting a bit more freedom later on to search cupboards and drawers leads to being genuinely startled.  JanduSoft should've harnessed more patience in building up tension like that instead of relying on obnoxious quotas.

Although I still credit the basic work done on its atmosphere, I can’t shake the feeling I was playing an asset-flip indie project.  The prefabricated assembly of rooms, furniture, and sundry items likely came from IKEA.  For all the bluster of being "Xbox Series X|S Optimized," the 9th-gen treatment seems like an upscaled resolution and consistent framerate.  I had a habit of laughing throughout the campaign whenever the camera had protracted close-ups of the goofy character models too.  The one specific area that screams professionalism would be Pau Damià Riera's musical composition and audio design.  It shouldn't expect end-of-year nominations, but it's clear this freelancer punched in his hours and did his due diligence.  I respect that.

Perhaps my harsh tone against this project wouldn't be so bad were it not for the appalling value.  The non-sale starting price of $12.99 ought to be a non-starter for a game that can be finished in under an hour – including 100% completion of your achievement/trophy list.  I'd be more inclined to assess this as a quasi-student project were its price sliced in half (maybe more). 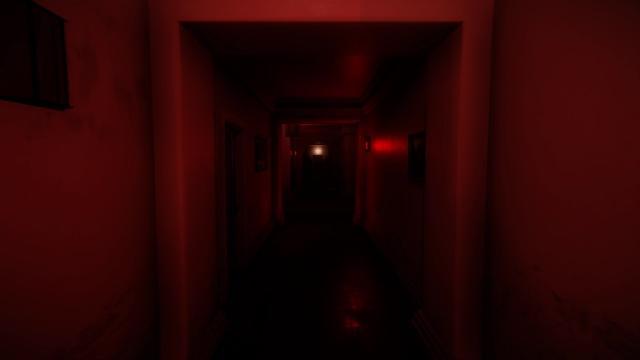 Encroaching upon the signposted finale gave me a sigh of relief; not one of escaping undistilled trepidation but of disregarding whatever it was all about.  Even with incredibly minimal positives, Evil Inside resigns itself to being a cliché-laden homage of P.T. with little else to say.  Its more charitable category as a humble – if still woefully underdeveloped – indie project would go down smoother were it not set at such an egregious price.  Another one for the digital dustbin.

Wow from those images alone this looks more like a ripoff of P.T. than an homage.