The Last of Us Remake in Development for PS5 at Naughty Dog, According to Bloomberg - News

Naughty Dog is currently developing a remake of the popular PlayStation title, The Last of Us, for the PlayStation 5, according to a Bloomberg report.

Eight people familiar with the situation said that the group's leadership has mainly disbanded now that the development of The Last of Us remake has moved to Naughty Dog. Mumbauer and several others have left Sony altogether.

"At the time, Naughty Dog was in the thick of development on the sequel, The Last of Us Part II, which would introduce higher-fidelity graphics and new gameplay features," reads the report. "If Mumbauer’s crew remade the first game to have a similar look and feel, the two games could be packaged together for the PlayStation 5.

"In theory, this would be a less expensive proposition than remaking Uncharted, since The Last of Us was more modern and wouldn’t require too many gameplay overhauls. Then, once Mumbauer’s group had established itself, it could go on to remake the first Uncharted game and other titles down the road." 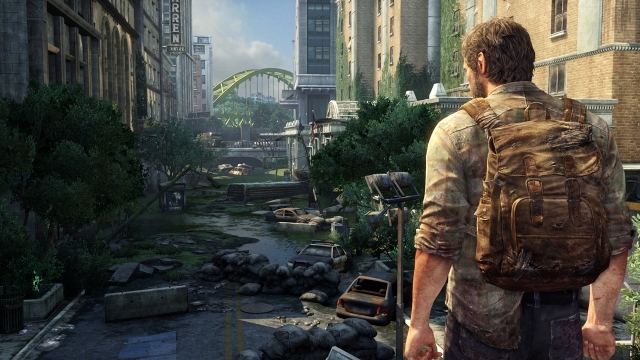 Sony has taken a more conservative approach to develop games for the PlayStation 5 with a focus on its more successful studios such as Naughty Dog and Guerrilla Games. There has been more of a focus on high-profile AAA releases by Sony's first-party studios. This includes recent hits like The Last of Us Part II, God of War, and Ghost of Tsushima.

Sony recently reorganized one of its development offices in Japan, which has lead to several people leaving the company who worked on smaller titles like Gravity Rush and Everybody's Golf. Sony no longer has an interest in producing smaller titles that are only successful in Japan.

Sony Bend, who released Days Gone in 2019, tried to pitch a sequel to the game. It was rejected as the first game despite making a profit wasn't popular enough.

the report also mentions how Sony barely put any money into marketing Dreams, despite it being developed by first-party studio Media Molecule. The report says Sony might have missed out on having its own version of Roblox.

If true, this has got to be a very pointless proposition. Not only the game has been remastered already for the PS4 (a mere generation ago), the PS5 can play it just as well, so there's no compatibility issues. What's the point? And what would it achieve anyway? How much more photorrealistic do they want the game to look?

..........but why? This would be the second remaster of the game already. They're probably remastering TLoU2 for PS5 already at this rate lol

Sony needs a major culling of upper leadership, the incompetence and arrogance is starting to set in again.

innovation has ended. It is the remaster and remake age.

With Druckman involved he is bound to ruin the remake.

Who do you think made part I and II?

Since part I Druckmans ego has been the issue.

That would be... interesting to see, considering how the response of TLoU2's story and writing went.

I simply will not buy it. There is so much else they could be focusing on.

I can see Druckman (sp) messing up Joel's character to fit more in with the story of LoU2. Maybe they add some more Abby stuff, too.

While I do think there is room for improvement in the gameplay department, the best case scenario here is a slightly improved game and a just as likely scenario is a game that isn't really any better than the original on a system where both can be played...

They took people off Bend Studio to help with Naughty Dog's TLoU multiplayer trash, and rejected a Days Gone sequel. So a remake of a remake and a shitty MTX infested multiplayer game gets the greenlight, but Days Gone 2 doesn't?

So, would that make it the first game to have received both a remaster and a remake?

I guess they want something to sell alongside the tv show? Seems premature, but I suppose I wouldn't mind one of my favorite games being updated with top of the line production values.

I don't havea problem with a remaster, since a remaster of tlou2 and tlou1 with more updated graphics will go nicely with a new audience aswel before the tv series launches. And what's this bull about sony no longer taking interest with smaller or indie support?

yes the last of us and resident evil 4 dont need a remake coz theyre masterpiece and good on their own already but maybe if people dont buy em the devs will listen and they will need to take this lesson the hardway,

but i think in the end people will be happy as long as they dont ruin the magic from both games!

I don't see a need for TLOU PS5 remaster, unless they want to make the GOTG (game of three generations).

This sounds very exciting if it's all true of course.