Super Mario 3D World + Bowser's Fury (NS) has remained in the top spot on the French charts in week 11, 2021, according to SELL. 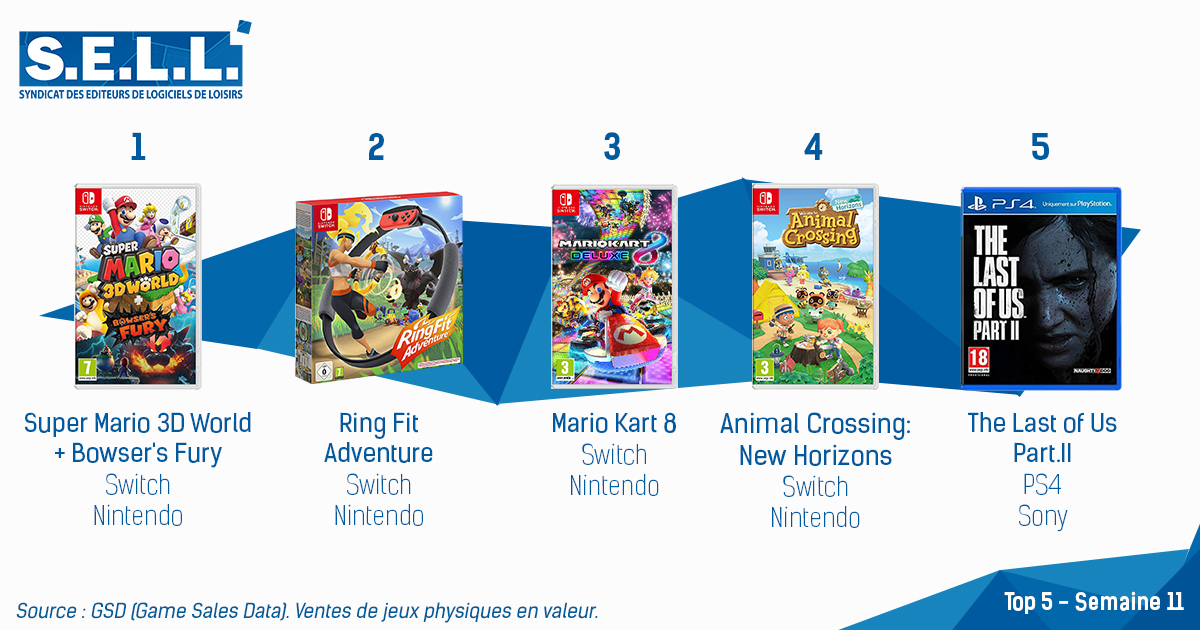 The Legs of US Part II