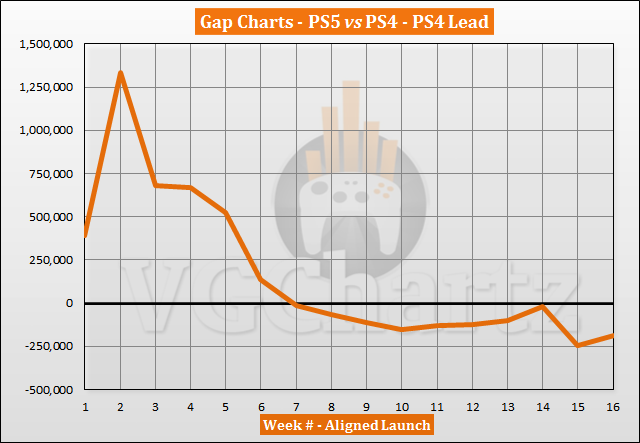 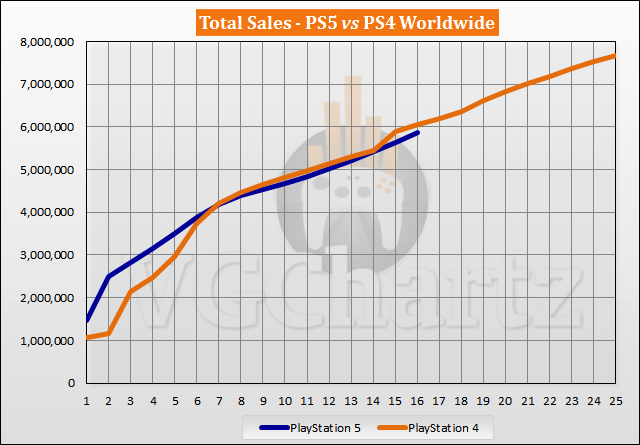 Sony can't be happy that PS5 lays behind PS4 in the same period of time, although two PS5 models launched simultaneously. Sure, PS5 would have sold more, but fact is it hasn't sold more so far. For a company which would like to see growth this can't be satisfying. I guess everybody needs to have patience – Sony, shareholders, consumers...

Yeah no, tue bump in PS4 is caused by the launch of the console in Japan in February 2014

Right, but you could also argue that PS5 was a bit front-loaded, because Japan sales were already included compared to PS4.

If the weekly trend continues, PS5 will pass PS4 in about a month or so.

Yeah, but it's hard to tell the status of future production. The next couple weeks could be higher or lower than this week. We can't necessarily assume each week will be greater than or equal to the week prior.

Thing is, after the PS4 released in Japan, weekly WW sales remained below 200K and closer to 150K in most weeks until the release of Destiny in September 2014.

According to some rumours, production for PS5 seems to begin to be higher and demand is still high. But at the end is just rumours.

Right. We'll have to wait and see.

However, once supply truly catches demand, the sales will plummet for a week or two as scalpers dump units onto the market for msrp or less.

But I can't see that happening until summer. But the scalping will probably pick up again around the holidays. So they could potentially hold the systems rather than dump them.