Shoot 'em up games have a following that is intensely loyal, but also relatively small — in part due to how challenging and unapproachable they can be. Natsuki Chronicles, the latest horizontal shoot 'em up from Japanese developer Qute Corporation (Ginga Force), appears devoted to reversing those expectations. It's still a tough game, make no mistake, but it's underpinned with several quality-of-life features that make it accessible for fans of many skill sets. It's also a solid shooter with reliable action and high replay value.

Natsuki Chronicles has an intriguing story, presumably. Here's the problem: much of the game's narrative is absorbed through in-stage dialogue, which is in Japanese. There are English subtitles, but they're next to impossible to ingest during the high-speed action, with bullets, ships, and laser beams filling the screen. Players can pick up major characters and plot points during the pre-stage briefings, but some of the finer points are lost in the chaos of the game. 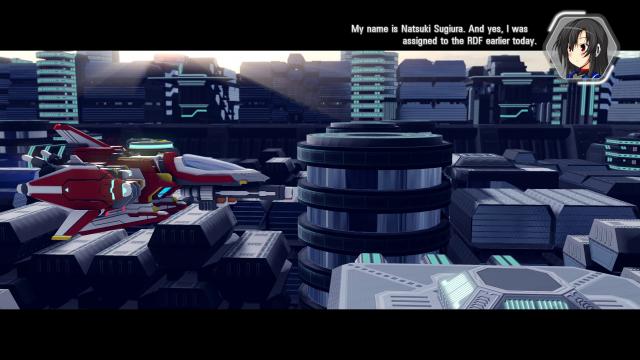 The story unfolds in the appropriately named Story Mode, which alternates between past and present across 10+ stages. You'll take control of Natuski, an ace pilot in the elite Rapid Deployment Force. Natsuki's adventure plays out according to the typical shoot 'em up formula: scrolling stages filled with enemy fighters, frigates, and flitting bullets that culminate in a climactic boss battle. On this front, Natsuki Chronicles performs satisfactorily: the level designs are thoughtful and diverse; bosses battles are challenging and rewarding; and controls are smooth and responsive. It's solid all around.

Where the game really earns its wings is in the way it rewards players — even for failing. After completing a level, or dying prematurely within a level, you'll arrive at a results screen that scores your work. Yet that's just the tip of the iceberg. If you clear the mission, you might earn new weapon types or ship skins. Even if you don't clear it, your "stage study" gauge will increase. Raise it high enough and you'll earn extra shields for that specific stage. In this way, the game gives you a helping hand if you get stuck on a particular level.

That's not all. Your global player level will also rise, which unlocks new weapon blueprints. Finally, you'll earn R&D funds, used to purchase weapons and skins. Long story short: the game delivers a steady stream of unlocks to keep you excited about playing and prevent you from quitting an especially nasty stage. It's hard to hit a wall in Natsuki Chronicles. 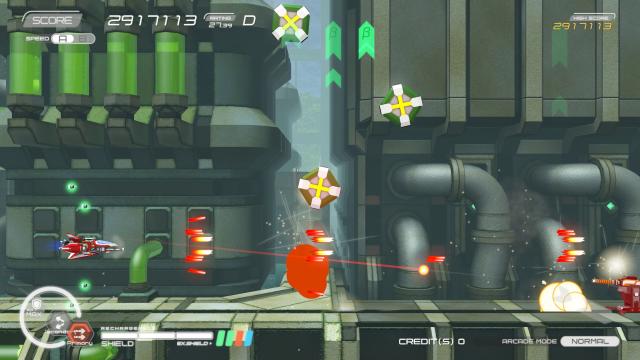 Believe it or not, Qute doesn't stop there. The studio also offers, via the game's settings menu, spawn markers and bullet trajectories. These reveal the location of off-screen enemies and the paths of incoming bullets, respectively — a nifty way to learn a level or just get past a super tough section.

These two display options are also available in the game's second campaign: Arcade Mode. Although this mode recycles the stages from Story Mode, it feels like its own thing. Story scenes are gone and you must pick up weapon and shield power-ups mid-stage, instead of customizing your loadout ahead of time. It also enjoys online leaderboards.

Story Mode and Arcade Mode combine to form a fairly hefty package, as long as you're willing to replay levels on different difficulty levels for high scores and weapon unlocks. If you simply want to see the end of the story on the easiest setting, you could finish Natsuki Chronicles in a day. 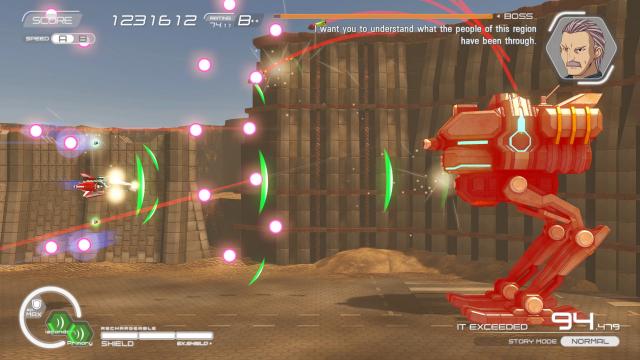 In terms of performance, Natsuki Chronicles is everything you'd want: 1080p and a steady 60 frames per second. Visually, however, the game leaves something to be desired. Many of its backgrounds and models are generic and unexciting.

If you've long been turned away by the opaque nature of shoot 'em ups, Natsuki Chronicles might just be the game for you. Thanks to many quality-of-life features, including bullet display options and "stage study" unlocks, it's unlikely you'll ever become truly discouraged. What's more, the game is interesting, creative, and reliable, even if its story gets lost in the shuffle and its visuals suffer from some run-of-the-mill designs. Give this one a try.

This review is based on a digital copy of Natsuki Chronicles for the PS4, provided by the publisher.

That stage study system is a good idea. Means failed runs don't feel like a complete waste of time.

Wish Galaga Legions (and other shoot em ups) had that; I would've enjoyed it a hell of a lot more. 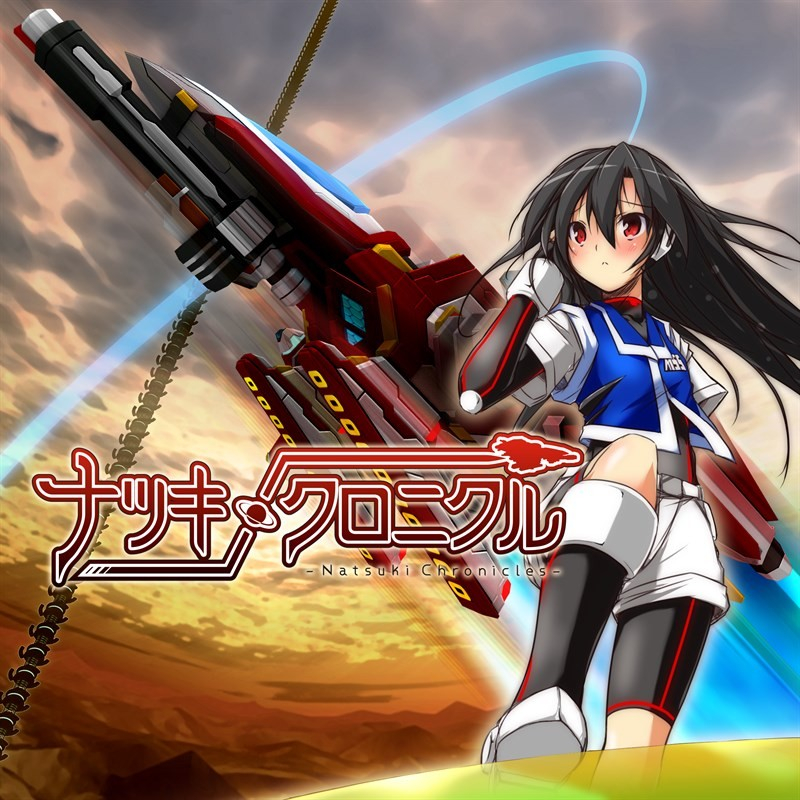