Experiences like Turrican don't come around very often anymore. Apart from Gunlord X, which successfully emulates the series' blueprint, games in the Turrican tradition are mostly locked to the 1990s. That's why Turrican Flashback, a collection of four franchise games buttressed with new quality-of-life features, seems so special. It's a great way to savor the titles for the first time or, if you're a veteran of Bren McGuire, The Machine, and the United Planets Freedom Forces, replay your favorites with some modern amenities. The only issue: a couple of omissions, including bonus features and, most conspicuously, Super Turrican 2.

The Flashback collection includes four games: Turrican and Turrican II, both in their Amiga versions, plus the Sega Genesis title Mega Turrican (Turrican III) and the SNES pseudo-sequel Super Turrican, which combines elements from the previous three games alongside some novel mechanics and stages. Every one is worth playing, although some more than others. 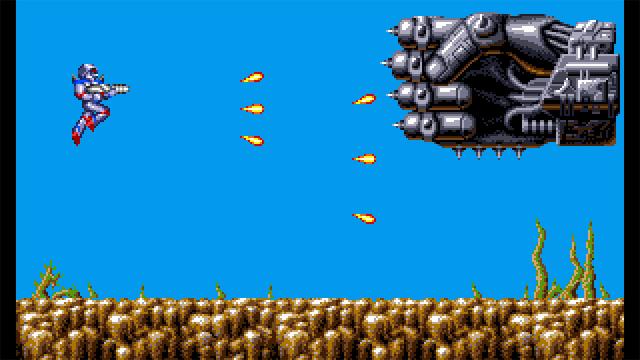 The first Turrican game, designed by programming wiz Manfred Trenz of Rainbow Arts and ported to the Amiga by Factor 5, has stood the test of time. A potent mix of Contra-esque running-and-gunning and Metroid-style exploration, Turrican boasts sharp graphics, explosive action, tons of secrets, and a stellar soundtrack by Chris Huelsbeck. Platforming can prove tricky and some of the labyrinthine levels are a little too big, but overall the game remains a worthy entry point to the franchise.

It pales, however, in comparison to Turrican II: The Final Fight, the best entry in the Flashback collection and the finest game in the series. Everything in Turrican II is improved. The levels are bigger and more diverse, the weapons systems are streamlined, and the controls are smoother. Somehow, even the music is better. Indeed, Huelsbeck's soundtrack remains one of the greatest of all time. 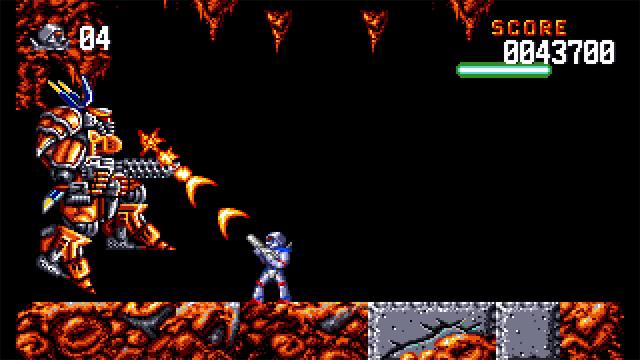 Third in the collection is Mega Turrican, known as Turrican III: Payment Day on Amiga. A departure for the series, Mega Turrican replaced the hero's signature 360-degree Lightning Whip with a Plasma Rope, a grappling hook that infuses a little Bionic Commando DNA into the proceedings. The biggest change, though, reveals itself in the level design. Where the first two franchise games distinguished themselves with maze-like levels, the Genesis title opts for more straightforward arcade-style stages where players move from left to right. It's not quite the Turrican you'd expect, but thanks to intense action, memorable set-pieces, and strong production values, it's yet another valuable entry in the anthology.

The final game in Turrican Flashback is Super Turrican, a Super Nintendo title that remixes elements from the original trilogy and adds a few novelties of its own. It manages to find a nice middle ground between the open-ended exploration of the early Amiga titles and the linear non-stop action of the Mega Turrican. It's arguably the least essential game of the lot, but still a fun time. 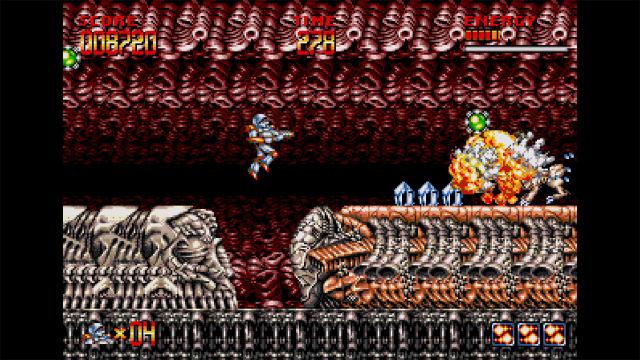 Frustratingly, the direct sequel to Super Turrican, Super Turrican 2, is nowhere to be found in the collection. Although it diverges dramatically from the standard Turrican blueprint, it most definitely belongs in this compilation. It really should be here, especially since it's available in the limited-run physical edition of Turrican Anthology Vol. 2.

Also missing are bonus features like concept art, developer interviews, and digitized manuals. Surprisingly, there's no music player, which seems like a bizarre decision for a series with some of gaming's greatest soundtracks. 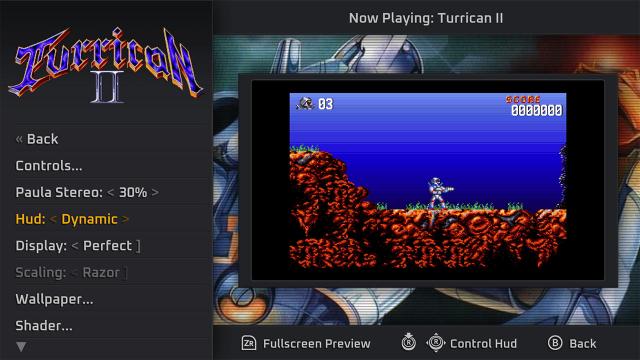 That said, the development teams at Ratalaika Games and Factor 5 went above and beyond with HUD and display options. There are some remarkably in-depth visual features, including scanlines, shaders, and curvatures to emulate those retro 1990s monitors. The collection also sports mappable controls, a rewind feature, and save states, which make the games far more accessible. Note: don't be afraid to leverage save states, in part because the game can, on very rare occasions, crash.

If you're a fan of Turrican looking to relive your glory days, or a retro gamer looking for something to scratch that action-explorer-platformer itch, Turrican Flashback has you covered. It's not a complete collection — it's missing bonus features and a mainline installment in Super Turrican 2 — but it's a solid investment nonetheless, due to the inclusion of four classic games, several modern quality-of-life features, and some fun display options.

This review is based on a digital copy of Turrican Flashback for the NS, provided by the publisher.

loved the Turrican games on the Amiga,

I ordered the Ultimate Anthology from Limited Run Games for EUR 199.90. One of the greatest series ever in gaming, period! 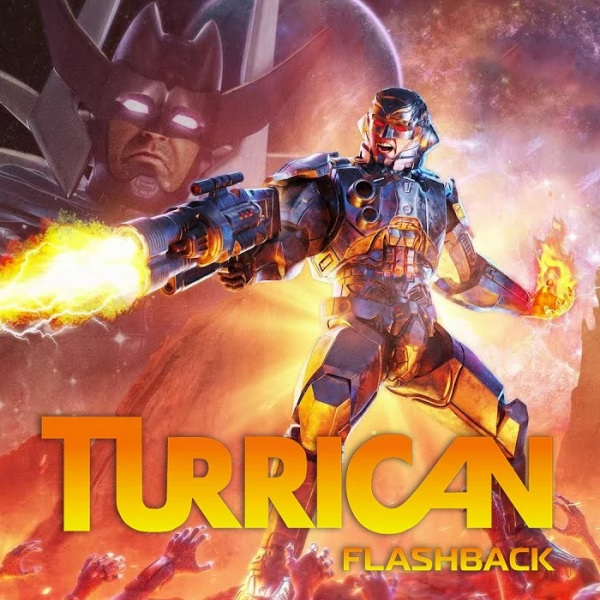