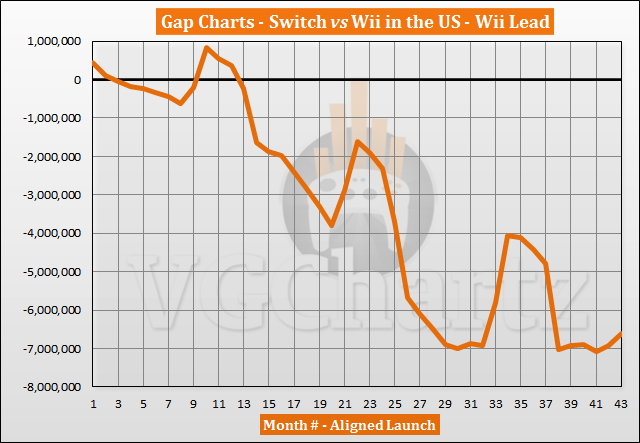 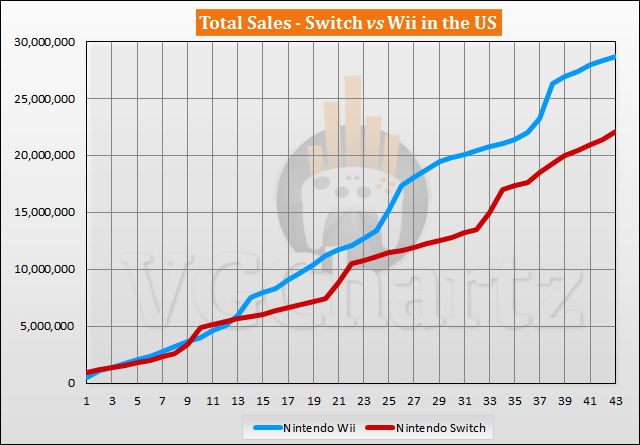 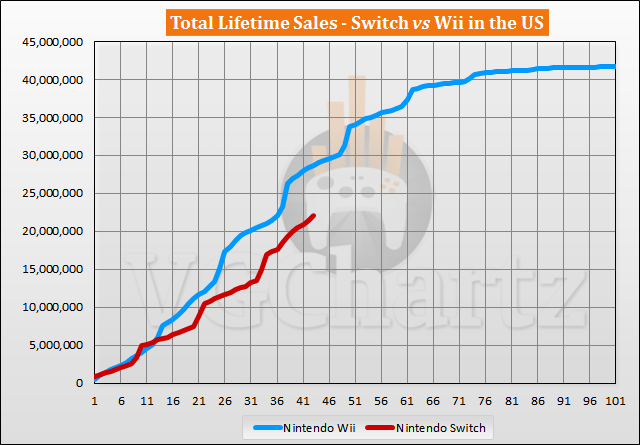 September 2020 is the 43rd month that the Nintendo Switch has been available for in the US. During the latest month, the Switch caught up to the Wii when you align the launches by 306,726 units. In the last 12 months, the Switch has outsold the Wii by 262,217 units. The Wii is currently ahead of the Switch by 6.61 million units.

The 43rd month for the Nintendo Switch is September 2020 and for the Wii it is May 2010. The Switch has sold 22.10 million units, while the Wii sold 28.71 million units during the same timeframe.

It really deserves to. I think if they nail the second half of it's lifetime it can achieve it.

From now on, the Switch should retake more and more of the Wii's lead, and just fall back a bit during the Wii's holiday seasons.