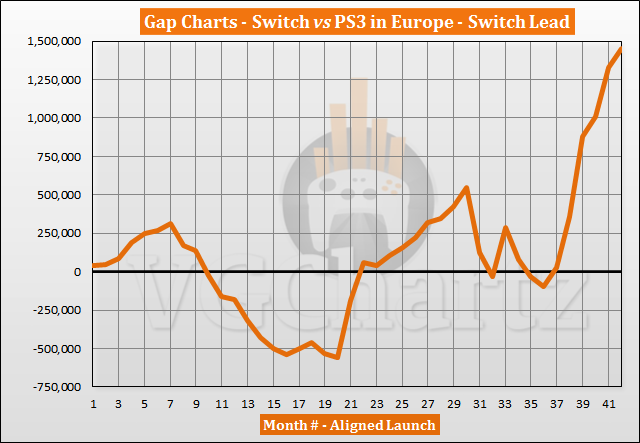 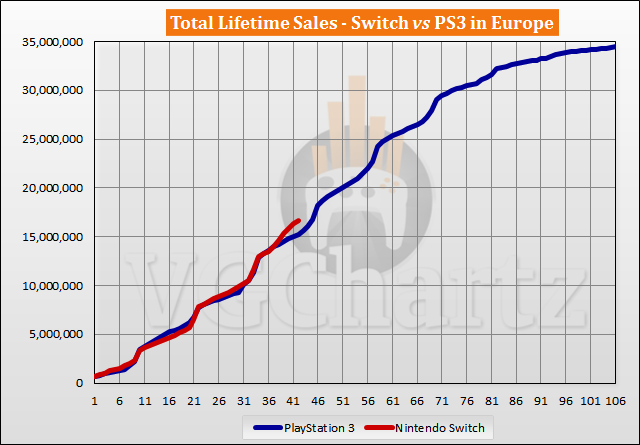 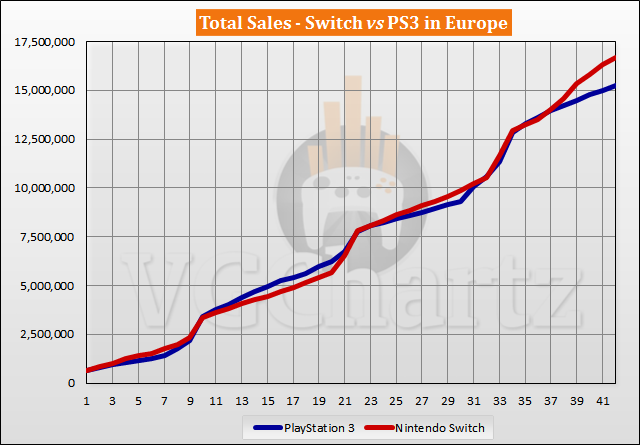 This is rather ... interesting. Lol. Nintendo Switch vs Sony PS3 just seems so weird to me xD

Europe is Sony country. The PS3 actually outsold the Wii by a little over a million units in Europe. The Wii is the best selling console for Nintendo in Europe. In all actuality, this graph is a perfect way to chart Nintendo's success or lack thereof in Europe for their console division. If Nintendo wins this race then the Switch will be the 3rd best selling console in Europe behind the PS2 and the PS4 and it will be Nintendo's highest chart position as well (not including handhelds, of course). Now the elephant in the room in all of this is that the Switch is both console and handheld, but VGC considers the system to be a console and that's whose charts we are looking at, so that point would be moot anyway if it were to be made.

@super_etecoon Ah very informative friend. If that's the case hopefully the Nintendo Switch can keep up it's crazy success in Europe :)! Now I'm even more curious on how these Switch vs PS5 charts will look for Europe :D