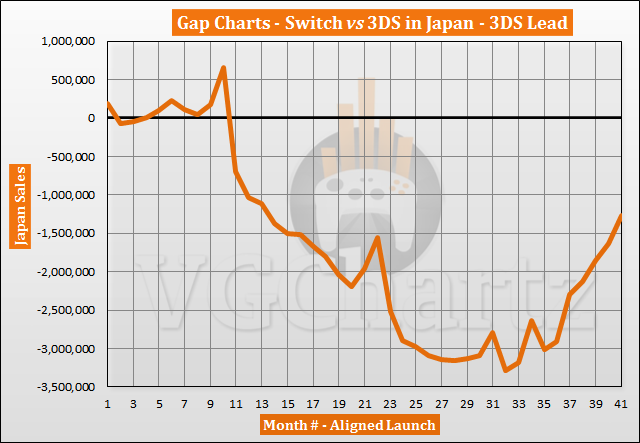 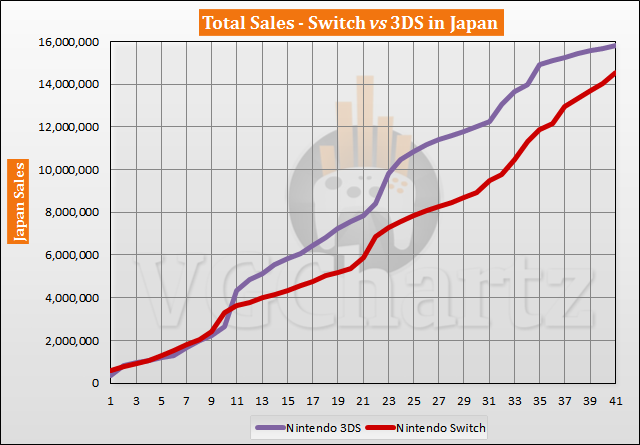 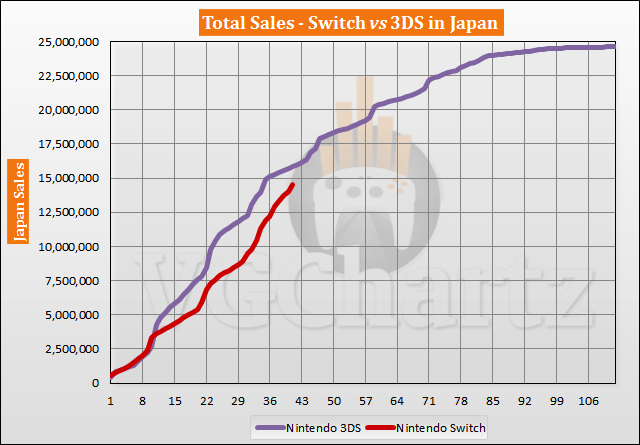 The 3DS has sold 24.62 million units lifetime in Japan through May 2020. The Switch is currently 10.08 million units behind the lifetime sales of the 3DS.

I expect that Switch may pass 3DS during the Christmas period but the 3DS will overtake one last time before Switch pulls ahead and stays ahead late next year.

We should see a cross in early 2021, maybe even during holidays this year.

I guess Switch should be able to surpass 3DS in the end. But we should not underestimate the legs 3DS had. Sales peak was in year 2, but numbers fell quite slowly. I had some discussion about that in another forum recently. ;) 3DS sold in years 5, 6 and 7 (2015-2017) roughly 2.3 million + 1.9 million + 1.6 million. So it was a very small drop only yoy for some time. Switch maybe will not have a live as long as 3DS. We are currently basically in 2026 for Switch sales. I am not sure if it will not maybe be completely off market before 2026. Sure 3DS is basically selling like nothing anymore this year (maybe 80-90k for whole year), so it is basically not much different from being off market. But still I think Switch can handle it.

It's only 10mil more so I think the switch can achieve and cross it by the end of 2021 and never look back. There is no competition for the switch in Japan next year. I mean the ps5 ain't gonna put a dent in switch sales

Switch won't have a problem dispensing with 3DS. Switch will probably be at 18 million by the end of this year, and next year will probably be at least 5 million. So just by the end of next year it will likely be well within 2 million of 3DS lifetime total, blowing by it 3DS life time sales in 2022, with plenty of time left in Switch's life before it is even replaced.