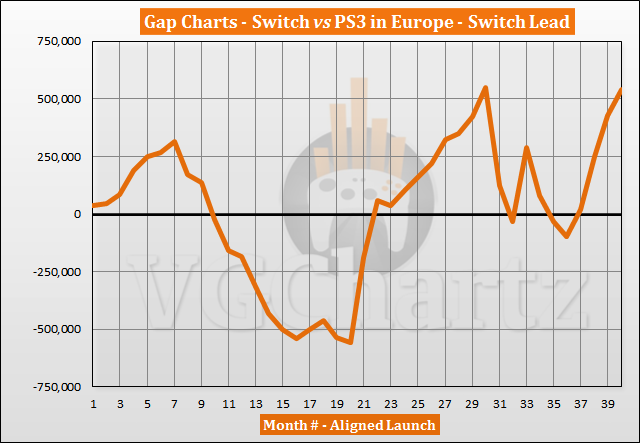 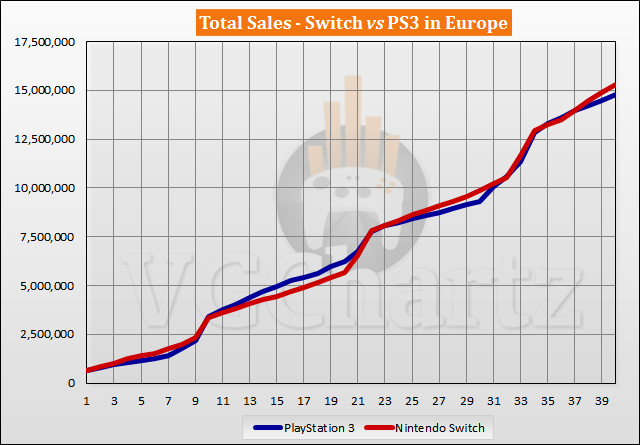 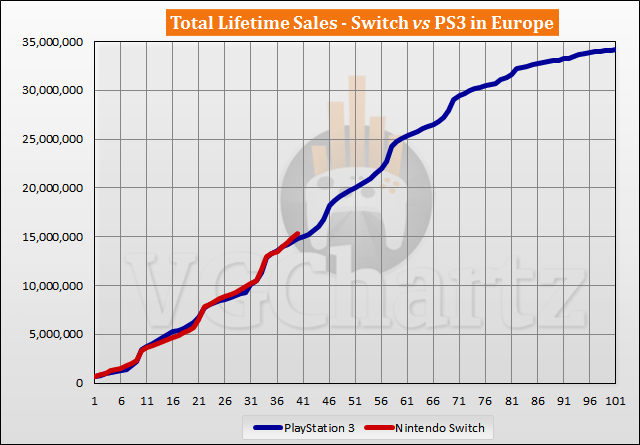 The PlayStation 3 launched in in Europe in March 2007, while the Nintendo Switch launched in March 2017. Therefore, the holiday periods for the two consoles do lineup.

I think switch has got this in the bag, though it will be close. I do think the rest of the year and especially the holidays will create a huge gap in favour of the switch

This will be a close battle until the end. Switch could gain ground this and maybe next year, but PS3 could fight back the last 3 years.

This shows Nintendo's weakness in Europe compared to Sony. Switch will end up selling probably 40 million more systems globally than PS3 did but in Europe it'll probably be neck and neck with the PS3 all the way to the finish.