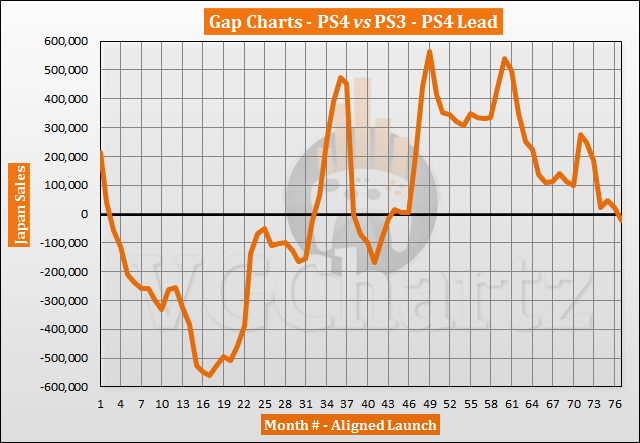 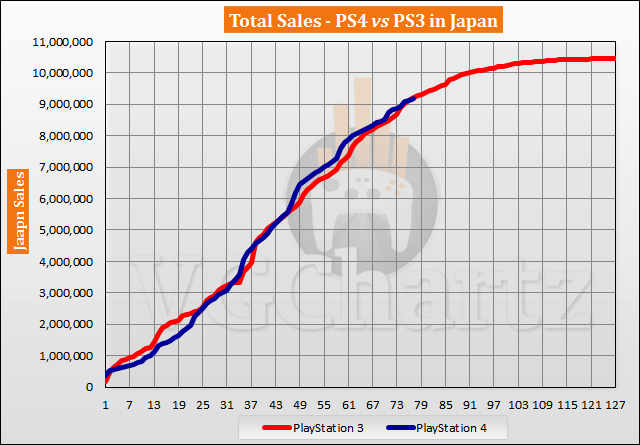 Well this was bound to happen at the rate PS4 is selling now. Apparently it's partly due to a lack of stock, but regardless I don't think it can come back from this. Because of the PS4 launcing late in Japan, the PS3 still has almost a year till its sucessor where the PS4 (presumably) only has 5 months.

Not catching up without a price cut.

last year I though it would match the PS3 lifetime sales, but now I think it won't reach 10 mil. I'm predicting 9.8 mil.